I’m helping the NHS with a “Covid 19 testing research study”. I’m a hero. Give ME a clap! Or maybe not.

The government started testing at the start of the pandemic and then stopped because they seem to have decided we all had to behave as if we had the virus and STAY AT HOME. That is, unless we were NHS staff or key workers or just didn’t get paid if we didn’t turn up to work. 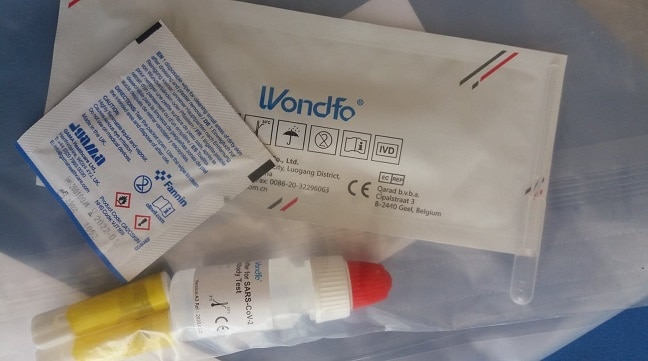 So now things are slowing down the government needs to know who actually had the virus. Not sure how that’s going to help as we still don’t know if having antibodies in our blood will protect against getting the virus again. But at least it might be useful to know how many people actually had it and survived.

And poor Matt Hancock at those painful five o’clock government briefings just loves to tell us all how many tests they’re targeting to do, even if they’re not really sure how good the tests are.

So what was I being asked to take part in? I thought it was to find out if I’d had the virus – which would be very useful to know as I had been in one of the Spanish hot spots of infection in February. And then I’d know if I could stop worrying about getting it, as I’d have had it! 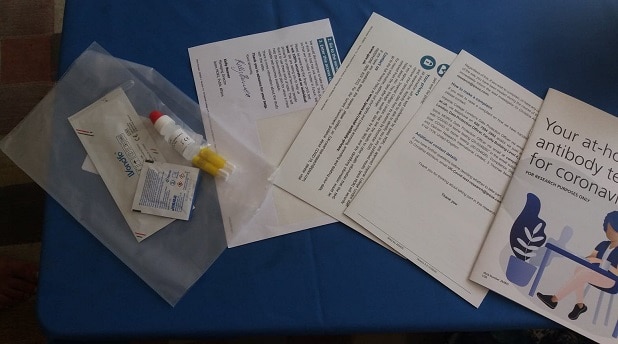 The letter said my household was chosen at random and it came from a convincing array of organisations like the NHS, IPSOS MORI, and Imperial College London.

It contained a whole mini science lab: antiseptic to sterilise your test site, a lancet thingy to prick your finger for blood, a pipette to catch the blood, a testing stick to put the blood onto, and a bottle of reagent. No white coat but perhaps lab staff don’t wear them any more.

But reading the letter further and you realise that the test is “not 100% accurate” and the test is actually to find out how easy people find it to take the test so that it will “help the Government plan for when a more reliable test is available.” 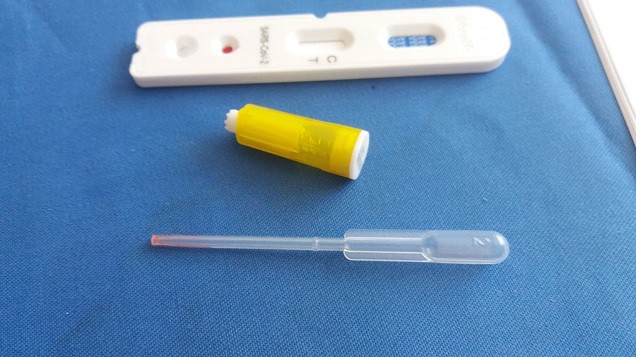 My partner instantly refused, muttering something about they’d had enough blood off him and weren’t getting any more (he has loads of blood tests all the time as he’s diabetic).

So I had two tests to play with. 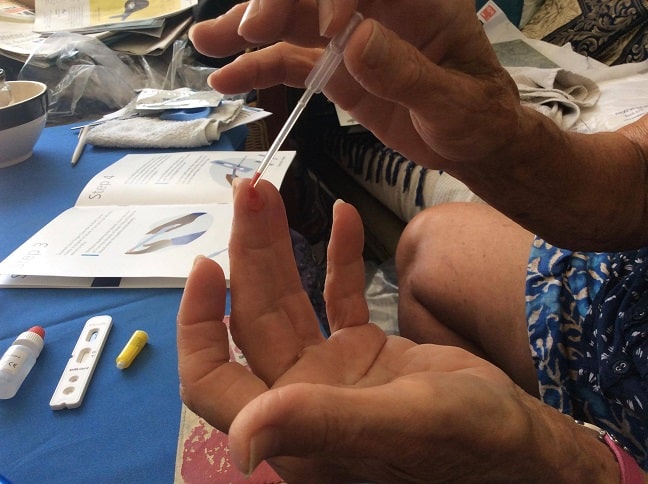 It’s not nice pricking your own finger to get enough blood to put on the test stick but it wasn’t hard to do. Then you drip it onto the test stick, drop the reagent on another part of the stick and wait for the result to come up.

My first test was nothing, no result at all. Very frustrating. So I filled in the online form and sent it off. 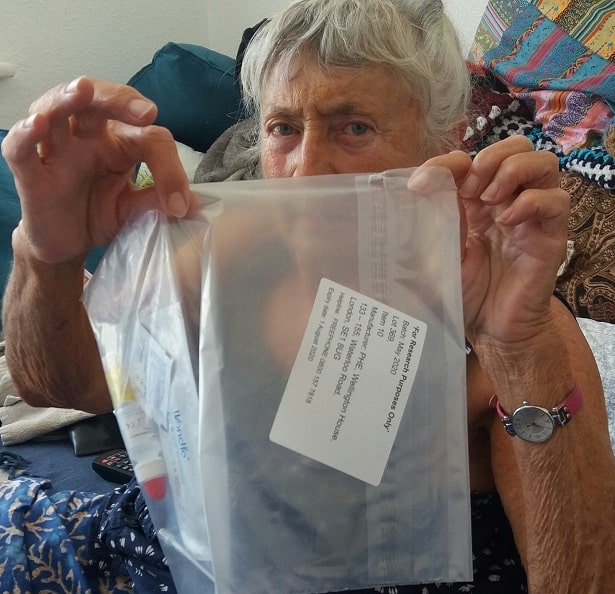 A few days later I got a nagging email saying would I please do the test!

I have, I replied, didn’t you get it? They said: “I am afraid it’s not easy to check whether individuals have completed the online questionnaire.”

So I thought I’d help out by doing it again with the unused kit. And anyhow I was curious about whether I had antibodies or not.

This time I was more expert at getting blood and knew the ropes so I actually got a result – no antibodies! What a disappointment. 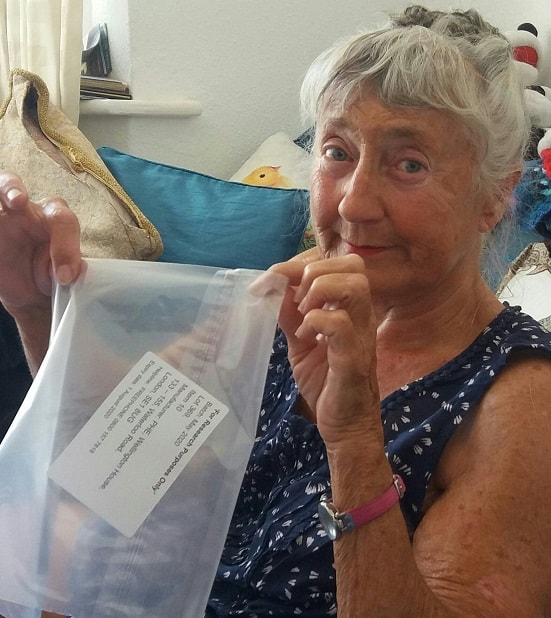 So, as far as I know I have no antibodies, I’ve taken the test of the test, but I’m not sure what anyone is doing with it.

How many more are being sent out at random for people to play at lab technicians? And why are they not doing proper tests, run only by the NHS, done by nurses or GPs, which might tell us who has the virus so they can be cared for properly.

It surely can’t be right for important research to depend on random people like me and bits of stuff sent in the post.

Worst of all is the idea that Matt Hancock is maybe using the botched amateurish attempts of people like me playing at doctors and nurses as part of all those statistics he keeps bombarding the country with.

Maybe even — nervous shiver — using to make decisions with.

If that’s meant to be reassuring, let me tell you, it isn’t.