Today (June 6) marks the 76th anniversary of D-Day – the day during the Second World War when the Battle of Normandy began.

Launched on June 6, 1944 Operation Overlord (codenamed Operation Neptune and commonly known as D-Day). It was the largest seaborne invasion in history.

The landing of 24,000 British, US and Canadian troops began the liberation of German-occupied France from Nazi control and laid the foundations of the Allied victory on the Western Front.

The weather on D-Day was far from ideal and the operation had to be delayed 24 hours; a further postponement would have meant a delay of at least two weeks as the invasion planners had requirements for the phase of the moon, the tides, and the time of day that meant only a few days each month were deemed suitable. Adolf Hitler placed German Field Marshal Erwin Rommel in command of German forces and of developing fortifications along the Atlantic Wall in anticipation of an Allied invasion.

The amphibious landings were preceded by extensive aerial and naval bombardment and an airborne assault—the landing of 24,000 US, British, and Canadian airborne troops shortly after midnight. Allied infantry and armoured divisions began landing on the coast of France at 6:30am. The target 50-mile (80 km) stretch of the Normandy coast was divided into five sectors: Utah, Omaha, Gold, Juno, and Sword. Strong winds blew the landing craft east of their intended positions, particularly at Utah and Omaha. 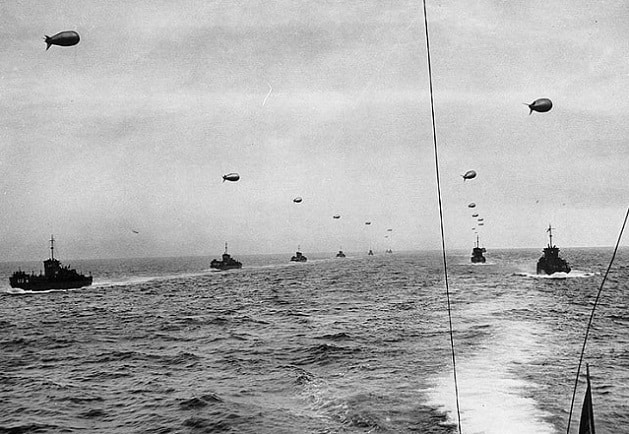 The men landed under heavy fire from gun emplacements overlooking the beaches, and the shore was mined and covered with obstacles such as wooden stakes, metal tripods, and barbed wire, making the work of the beach-clearing teams difficult and dangerous. Casualties were heaviest at Omaha, with its high cliffs. At Gold, Juno, and Sword, several fortified towns were cleared in house-to-house fighting, and two major gun emplacements at Gold were disabled, using specialised tanks.

The Allies failed to achieve any of their goals on the first day. Carentan, St. Lô, and Bayeux remained in German hands, and Caen, a major objective, was not captured until July 21. Only two of the beaches (Juno and Gold) were linked on the first day, and all five beachheads were not connected until  June 12; however, the operation gained a foothold which the Allies gradually expanded over the coming months.

The Battle of Normandy was fought through June, July and August 1944. By late August 1944, all of northern France had been liberated, and by the following spring the Allies had defeated the Germans. The Normandy landings have been called the beginning of the end of war in Europe.

A tale of war service

One of the men landing on those beaches was Garlinge’s Joe Bromfield.

Last year Joe, then 94, spoke to the Argyll & Sutherland Highlanders – his battalion – about his experiences.

Here is their report:

Joe was born in London in 1925 and having lived through the Blitz he joined the Home Guard, aged 16, and stayed with them until he was called up.

He joined to Duke of Cornwall’s Light Infantry (DCLI) with whom he trained as a mortar man. He landed with the DCLI on Gold beach on D Day plus 1 where to his surprise he was transferred to the Durham Light Infantry (DLI) who were at St Pierre.

He fought with the DLI through the ‘Bocage’ to Tilly Sur Seules. On one occasion, when he was probably further forward than he should have been, looking over a wall, he saw a group of Germans milling about in a field. He and his number 2 fired their 3 inch mortar at them from behind the wall. The Germans were not too pleased and replied with something much bigger that landed with a massive explosion, luckily it landed on the other side of the wall which collapsed on them. Joe escaped with cuts and bruises. 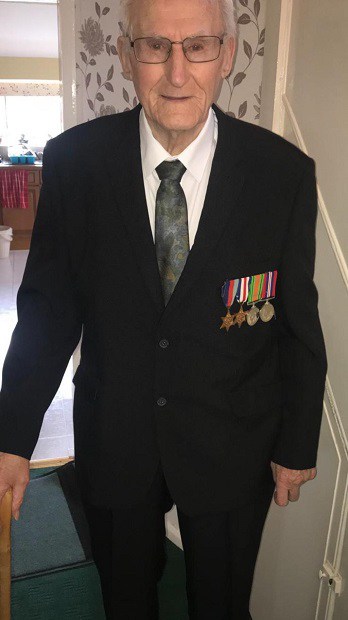 After the battle of Tilly Sur Seules Joe was transferred again, this time to the 2nd Battle A&SH (Reconstituted). He stayed with the 2nd Battalion fighting across France, through Belgium and crossed the Rhine at 3am in a Buffalo LVT.

As he and the others scrambled up the riverbank, from out of the darkness there was a shout: “Look out for mines.” They took cover and a brave soul went forward to investigate the field at the top of the riverbank. After a few minutes, they heard a nervous laugh and a shout of: “It’s all right boys, it’s only a bl**dy cowpat.” They wasted no more time getting off the riverbank.

Joe ended the war on the Baltic coast near Travemunde, north of Lubeck, where he remembered doing a lot of guard duty in the kilt – which amused the local girls no end! He recalled going to Lubeck on nights out by boat, down the river. From Germany, the 2nd Battalion was posted to Buchanan Castle near Loch Lomond. Joe was demobbed in York in 1947. 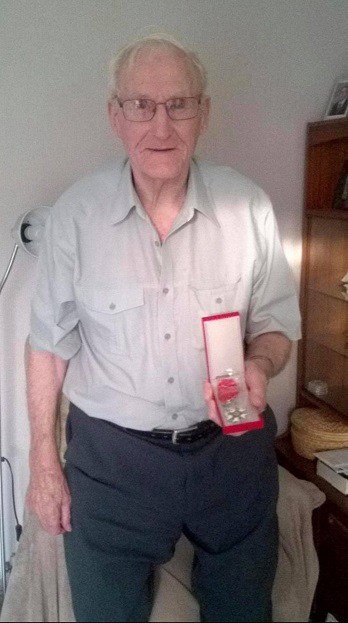 In 2009 he visited Howe barracks in Canterbury with his son, grandson and great-grandson, where he met WO2 Donald Campbell and Sgt Dunn and had lunch in the Officer’s Mess.

In 2017 Joe was presented with the Legion d’Honneur by the French Consul for his part in the D Day Landings and the liberation of France.

Joe watched the 75th anniversary commemorations on TV last year while in Pilgrims Hospice. The dad-of-three, grandad-of-five and great-grandad-of-nine passed away last June. 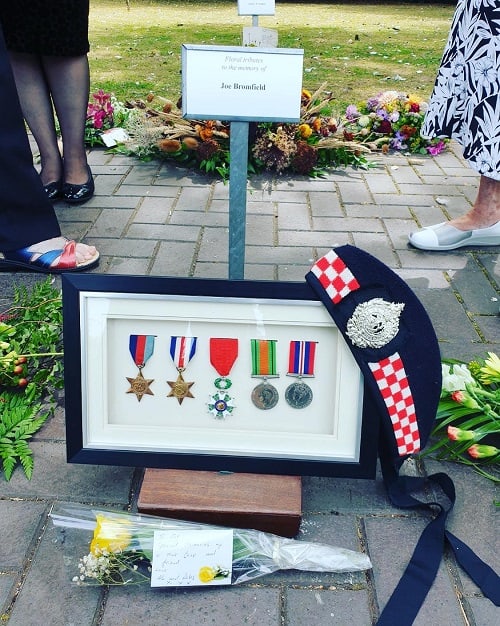 His funeral was attended by the Argyll & Sutherland Highlanders who played the last trumpet salute and bagpipes.