A large police presence attended after a fight erupted amongst a group of people close to the steps off Marine Drive and The Parade. 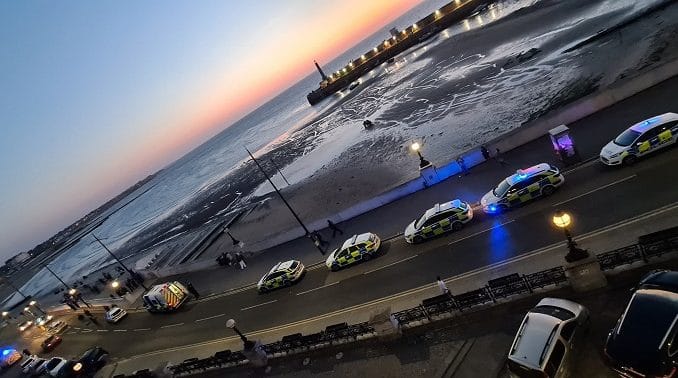 Kent Police was called to the incident at 9.12pm and two arrests were made, including one male accused of assaulting an emergency worker.

Officers attended and a dispersal order was put in place to clear the area and deter further disturbance.

A 19-year-old woman from Margate was arrested on suspicion of a public order offence and being drunk and disorderly.

A 17-year-old male from Margate was arrested on suspicion of assaulting an emergency worker.

They both currently remain in custody while enquiries into the disturbance continue.