An investigation is being carried out by Thanet council over the removal of trees from land in Broadstairs.

An enforcement notice is also due to be served by Kent County Council due to a dispute over a footpath being closed at the same site.

The action comes following works carried out in February at woodland off Park Avenue.

Land owner Parkstairs Ltd issued letters to residents prior to the works advising that contractors were to enter the site the next day to undertake health and safety works on some of the trees and paths.

The reasons cited in the letter were that a survey had “identified a number of dead and dying trees which are in a dangerous condition, some of this is due to heavy ivy growth strangling the trees.

“There is also historic storm damage which has been worsened by the recent extreme weather.  In addition, there are numerous potential trips and falls across the land and a real danger to the public of falls from height due to damaged branches”.

Parkstairs said it would “take the opportunity to remove any ivy off the existing mature trees to preserve their life span and thin out some of the smaller self-seeding trees/saplings to assist the condition of the mature trees.”

But members of the newly formed Park Avenue Woodland Group say the entire site was cleared of some 41 trees and the footpath was also closed. 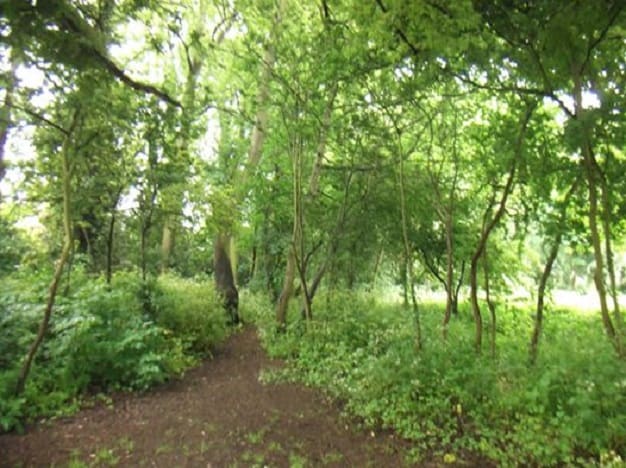 The PAWG is now asking Thanet council to reaffirm the commitment to retaining the area as open space, and require the land owner to replant the land. They also want KCC to enforce the reopening of the footpath.

The group says research shows there is a covenant on the land to keep it as open space. A spokesperson added: “ There has been clear felling of trees and the closure of the footpath that has been used since well before 1990.  There is outrage about the manner in which it was done.

“They cleared the whole site.  The site was fenced off and the footpath, which is used by numerous people – local residents and local community, closed. It is still closed to this day because the action was overtaken by Covid lock-down and KCC are somewhat stymied.”

However, the site is in private ownership of Parkstairs Ltd, owned by Bernard Benn, having been purchased from the previous owner in 1931 and in the same family ownership ever since.

The residents’ group say they have now sought legal advice over their next steps.

Mr Benn said: “The owners of the property have endeavoured throughout to provide transparency to the local residents about their proposals.

“Any works that have been carried out to the site have only been actioned  following detailed and comprehensive professional advice commissioned and received in respect of each stage including from arboriculturists, planners and legal advisors and, in certain respects, at the specific behest of relevant officers of the local authorities.

“Constructive dialogues have been had with local residents and with the appropriate departments of the council as to the works carried out and those discussions are continuing albeit somewhat interrupted by the current restrictions and difficulties of attending on site.

“The owners of the site have and will try  to observe and perform their obligations relating to the site in line with all applicable regulations and to manage their site accordingly and appropriately having fully adhered to the letter of the advice so received.  This has been hindered by trespassing, criminal damage and fly-tipping.”

Kent County Council says an enforcement notice to reopen the pathway was served but then withdrawn due to the pandemic.

A spokesman added: “The enforcement notice will be served again as soon as a Covid is no longer an issue.”

Thanet council has also confirmed an investigation is underway, saying: “”Thanet District Council has investigated the removal of trees at Park Avenue Broadstairs and multiple visits to the site have already been made.

“The council is currently determining whether to take formal action and further information will be available at the conclusion of the enforcement investigation.”