As an antidote to the current virus, Broadstairs author Richard Lewis recalls a sparkling childhood drink, or ‘pop’, called Corona.

Produced in Wales where he grew up in the 1950s, it was not only popular there but was ‘exported’ to many parts of England, including Thanet.  Some readers may remember getting it at Whitnalls and Charlie Coombes in Margate or at the Cabin café in St Peters.

Here Richard recalls the Corona he knew in Wales where, like the milk, it was brought to the door.  If any reader has a memory of this happier Corona, drop a line to him via his website: www.richardlewisbooks.co.uk 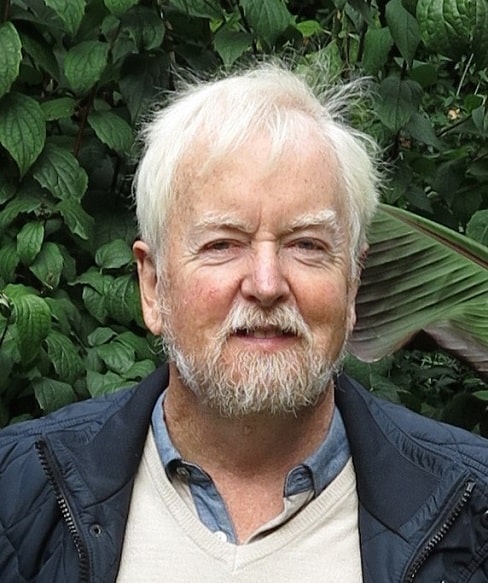 Yes, I remember Corona, the name.  The lorry that rolled clanking and rattling along our pot-holed road, heaving to a halt at our gates.  Out jumped the Corona man in his cloth jacket, quick to unbolt the hinged side-flap that held the pop in place.  Expertly he slid out a crate, hoisting it on his shoulder with one hand and opening our gates with the other before crunching up the gravel drive to our door.  We had already seen him through the window, but waited for his manful pull on the bell before opening.

‘Any pop for you today?’ he would ask with a twinkle that seemed to come from the lively liquid itself, knowing we would never refuse.  Like asking children if they wanted sweets.

‘Four bottles, Mr Davies.  The usual,’ my mother would say and smile.

Then he would put down the crate on the door mat, extract three bottles of red pop and one of dark brown and put them inside the door.

‘Go and get the empties,’ she’d say to me, and off I’d run to collect the empty bottles so we could get the money back and he could put them in the newly vacant holes in his crate.

A purse was shaken, he was paid and with a touch of his cap he’d wish us a good day, look forward to the next time and crunch back to his lorry to head off for some more trade up the road.

Now we could carry in the replenished prize of bright drink and place the bottles on the cool floor of the larder.  It wasn’t long before we poured the first glass.  It required strong fingers to open the bottle. Corona had no screw top; instead a swivelling wire clamp held a stopper with a red rubber seal tight in the top of the bottle.

You had to push the clamp forward and up with your thumbs while holding the shoulder of the bottle with your fingers.  Then when you’d poured your glassful you performed the action in reverse to keep the gas in.

Corona pop was by its very nature violently coloured and full of sparkle.  The favourite was the red.  A vivid vermilion, it was of indeterminate flavour; it might have been cherry or raspberry or  strawberry, it didn’t matter.  The importance was the long, cool and tingling sensation you got as you drank it, allied to colour.  Not that you could drink it fast.  The gas saw to that.

It had to be taken slowly so you could really get the beauty of it.  The only variation was dandelion and burdock, the fourth bottle.  Something of a token, it was a more recherché taste, not without merit, and pleasant enough to warrant its inclusion in our order.  Certainly it provided a fitting foil to the explosive red.  But it always remained something of a minority requirement.  It brought to mind the thick burdock leaves we had in the more unkempt part of the garden and which we used to rub on nettle stings.  A slightly unfortunate association.  And then there were the dandelions that bedevilled our lawn.  Not an untrammelled draught, but undeniably refreshing for all that.

The upwardly mobile competitor to Corona was the more expensive, better class Tizer.  If Corona matched our Vauxhall Wyvern, then Tizer was a Mark Vll Jaguar.  If truth were told we preferred and aspired to Tizer, but there was no delivery to our remote, far-flung house.  It could only be bought from a better kind of shop in the village well over a mile away, a shop whose facade was graced with a great enamelled sign for ‘Tizer the Appetizer’, almost a Warhol prefiguration.

Tizer was a decidedly health-giving shade of red, ruddy with a glitter of gold, and had a more uplifting taste.   The bottle itself was as shapely as a woman in full bloom.  Not the thick glass throat of the Corona bottle, or the unimaginative straight-down-the-sides.  The Tizer bottle had curves and a more sensual neck.  No metal clamp either for a stopper.  Tizer had a black threaded and smoothly rounded top that could be effortlessly twisted to open and close.

But even if Tizer wasn’t for us in our rural fastness, still we were happy with Corona.  It did after all have a regal ring to it.  We embraced it.  And still today, riven by virus, I remember with pleasure the sound of that name.