A botanical garden, florist and café or virtual reality gaming, gym and restaurant are among the suggestions for uses of a refurbished Celandine Hall in Ramsgate.

The building, in Harbour Street, has been empty for a number of years and has suffered deterioration but owners, Moxie Management Ltd, have this month been granted [permission by Thanet council for refurbishment and alterations at the site.

Following renovations the aim is to lease the building. 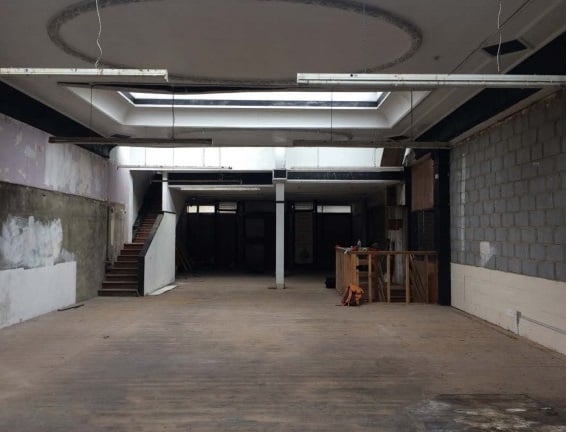 In a planning document from TaylorHare Architects permission was sought for works including the installation of an awning on the front, replacement windows, internal alterations to include removal of ground floor flooring, installation of two new staircases following removal of existing stairs and the removal of walls for the creation of a plant room plus additional toilets and a shower room.

The document says: “In addition to altering the building to make it fit for future occupation, the existing fabric also needs repairing and arresting to prevent rapid deterioration. Long term economic resilience and occupation is key to the upkeep, maintenance and survival of the historic fabric. The purpose of this application is to configure a building ‘shell and core’ for fitout by future occupants.

“The proposed shop front is to be redecorated (colour to be confirmed) along with two additions in the form of a new awning and sign. High street regeneration strategy research concluded that making a visual presence on the high street in combination with encouraging occupant use of the pavement was key, therefore the introduction of a new awning and sign are central to this.

“The backlit sign is a reinstatement but instead of ‘Cafe’ will read ‘Open’ as a symbol of high street regeneration. New interventions within the building are for the most part new staircases

“It is judged the proposed scheme seeks to be respectful to the existing building, whilst contributing to the regeneration of Harbour Street, Ramsgate. The proposed scheme delivers the following: – Identifies and retains significant building fabric features as evidence of the building’s rich history  Acknowledges the opportunities and constraints the site and listed building present

It then evolved into a drapers and gentleman’s outfitters in the late 1800s before being annexed by the growth of the Hyland, Lewis and Linon department store.

During this era the building undertook significant alterations. The rear of the building was reconfigured and modern services installed. Sometime after 1929 the shop front was unified and remains as found today. The property is Grade II Listed.

Suggestions in a design document also include using the building as a gallery/museum, cafe and shop; an educational institute, theatre and bar; spa / pools, bar and therapist site or even as a commune, office space and shop.

The document adds: “Due to there being a great deal of vacant shop space in Ramsgate, maximising the quantity of space is not a first priority. Instead, the quality of space is important – naturally well lit, historically referential and inspiring.”

The document suggests historical references should centre around The High Seas, Neoclassical Grandeur and Faux Natural History to align with Ramsgate’s heritage.

The application was approved on May 5.

1849 29 Harbour Street: Registered to Misses Lyon as a Toy shop