Wartime Prime Minister Winston Churchill will be in Westgate for the VE Day celebrations tomorrow (May 8) – well, sort of.

A cake model of the former Conservative PM’s head and victory saluting hand has been created by talented baker Nicola Bradshaw.

The award-winning cake maker, who has previously hit the limelight for amazing cake sculptures including a 6ft BFG, Dobbie, John Coffey from the Green Mile and an array of dark, weird and wonderful characters, has installed Churchill in her Little Brown Fairy Cake shop and will be slicing him up to give the neighbours a treat tomorrow!

The 51-year-old, from Westgate, began Little Brown Fairy Cake some eight years ago and opened the shop in Station Road in February. The shop is temporarily shut due to the social distancing regulations.

Winston Churchill is a chocolate fudge cake. He has been covered with fondant and modelling chocolate and took three days to create.

Nicola said: “I thought it would be nice to make him for tomorrow. Our road is doing the picnic in your front garden celebration and I will cut him up and give him to my neighbours. 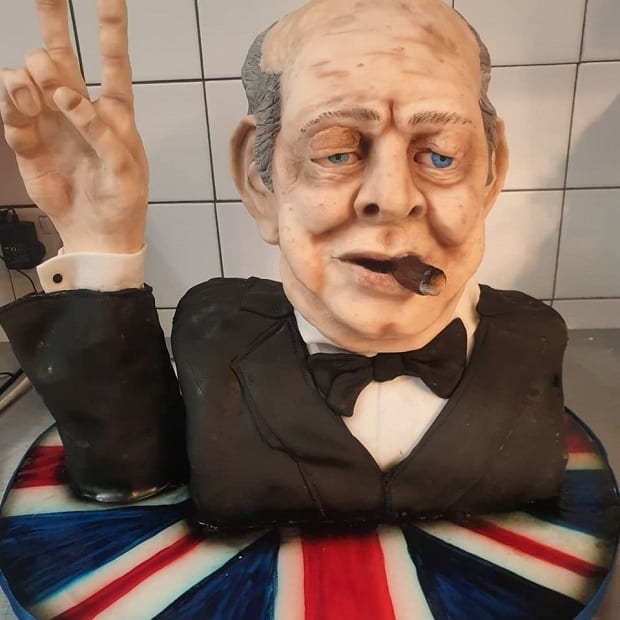 “I also wanted to celebrate VE Day as my parents (pictured below) were both in the war. My mum worked in a munitions factory and dad was in the RAF.” 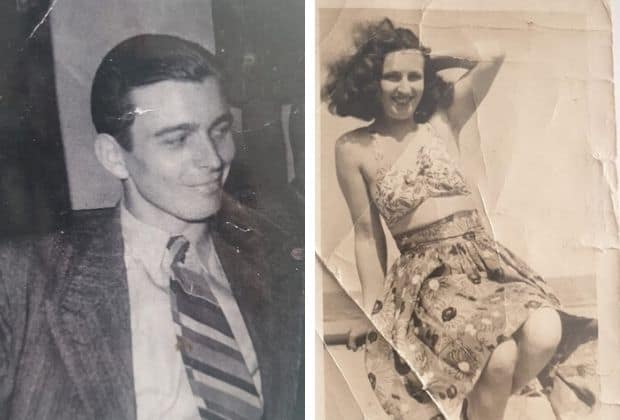 Westgate also has a commemorative display on the green by the Library created by residents Lorraine Hambidge and husband Richard.

The VE Day sign, made from recycled materials, stands beside the soldier silhouettes the couple installed in time for last year’s Remembrance Sunday. 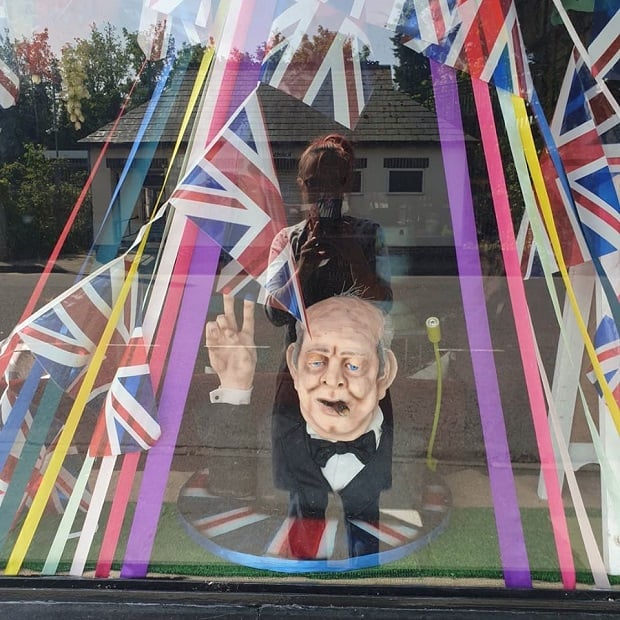 Lorraine said: “My end of town, about eight roads, are holding picnics in their front gardens and we are turning the Christmas tree which was planted last year into a celebration of our service heroes across the years.

“The tree will be covered in bunting and we are going to ask the people of Westgate to attach a small laminated photo of family members who have served our country up to the present day.”

Broadstairs and St Peter’s Town Council is also urging people to mark the occasion with a front garden tea party.

People are asked to get into the spirit and create their own party:

Take your hair rollers out and get your red lipstick on

Get your strawberries and cream ready

Get your Bake Off on!

The town council has been posting 1940’s content on its facebook events page and has shared a Just Giving link if people wish to donate £2, with all proceeds going to the NHS to help in this difficult time. 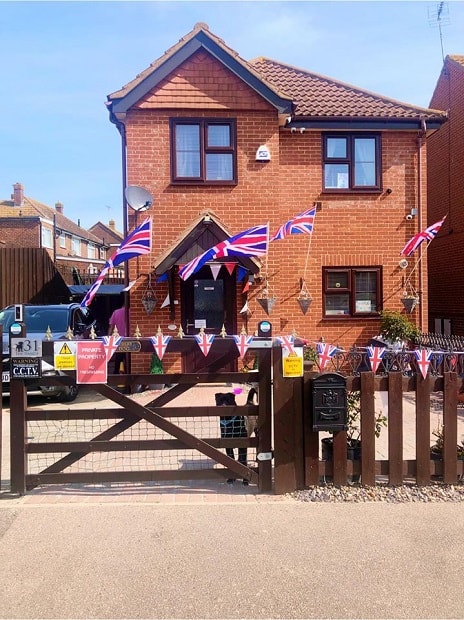 In Ramsgate couple Katie and Tyrone Keen have decorated their Nethercourt home ready for the celebrations.

The duo usually put on a huge light display at Christmas to raise charity funds.

It is hoped that many of the cancelled events due to have taken place between May 8-10 can instead be staged on August 15-16.

Find the programme for the national celebration programme here