Take a ‘chaotic’ kitchen, piles of fondant, flour and eggs and a pinch of dark tales from the likes of Stephen King and Tim Burton and you have the perfect ingredients for Westgate cake-maker Nicola Bradshaw.

The 49-year-old has hit the limelight for the amazing cake creations made at her Westgate bungalow – including a 6ft BFG (Big Friendly Giant) which went on show the prestigious Cake International show last November. 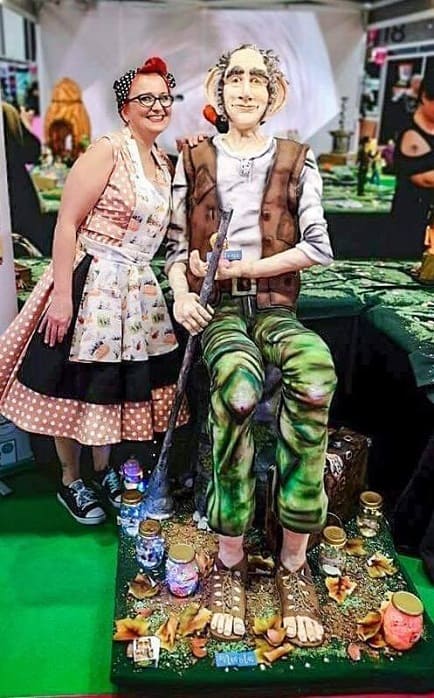 The BFG, made of ingredients including 30 kilos of fondant, another 30 kilos of modelling chocolate and around 50 eggs, is certainly the biggest cake made by Nicola but is just one of an amazing selection which includes everything from people’s heads to dragons, roulette wheels and skulls!

The former Thanet College interior design student began her business, Little Brown Fairy Cake, almost seven years ago after being prompted to find a use for her mum’s baking equipment.

Nicola said: “My mum had given it up and there was all this stuff just sitting there. I thought it was a shame no-one else in the family baked.I didn’t intend to take it up, I have an art and design background rather than cooking, but it just happened.

“My mum was traditional, she made normal, pretty cakes. My cakes just developed, in fact the first ones were pretty awful! But I grew up around baking so I suppose there was no escaping it.”

Initially Nicola was a shop worker and she began the Little Brown Fairy Cake company as a part-time venture. But demand became so great she was soon whisked into the world of self-employment.

She now has a legion of regular customers as well as a constant sprinkling of new clients.

She said: “I was part-time but it just got ridiculous, there was so much to do. It was scary and actually still is when you have responsibility for someone’s wedding cake so I take it very seriously.

“I most enjoy the cakes you make for yourself, for shows, as then you can do anything. It isn’t the baking that I find exciting, it is the sculpting and decorating, using my art and design background.” 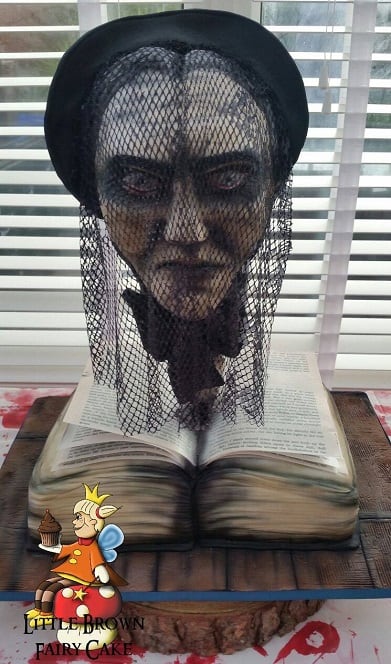 Nicola, who confesses the smell of 24 hour baking in her home drives husband David crazy, says inspiration for her cakes comes from books, films, and her ‘warped imagination.’

She said: “I’m never short of ideas. They can come from anywhere, I love horror stories of any description and everything by Tim Burton. The darker and more twisted the better!” 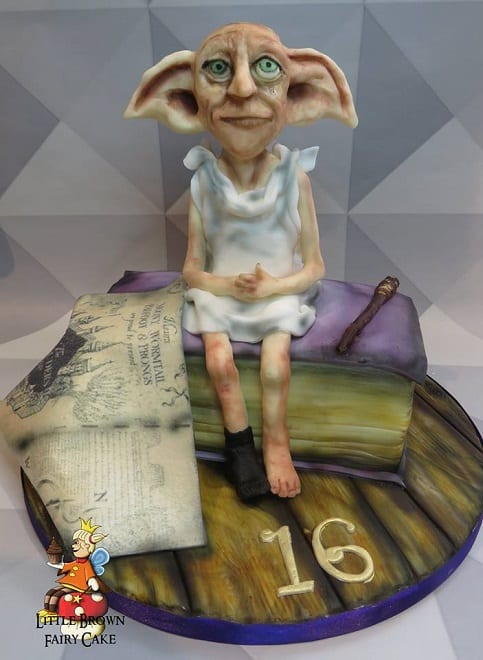 The BFG cake takes the crown for biggest, wackiest and favourite cake to date but there are some strong contenders. This year Nicola also created Bob, a disgruntled drag queen, which took silver at Cake International, and other masterpieces include sci-fi and animation characters and even a blood-splattered Sweeney Todd!

Nicola said: “Some people want heads, even their own, others want characters like those from Game of Thrones.”

And it looks like there are still many amazing cake creations to come. Nicola said: “I want to do bigger and crazier stuff. There’s lots more in me yet!”

Nicola will be showing at Cake International in London in April and hints at plans for something to rival the BFG but is keeping the details under her apron for now.

To keep track of her progress check out the Brown Fairy Cake page on facebook or go to littlebrownfairycake.co.uk