Fire crews have been called out to yet more cars set alight in Ramsgate overnight.

At around 11pm emergency services were alerted to a car ablaze in Camden Road. Another vehicle was alight in Clarendon Gardens. There are also reports of car fires in Broad Street and Vale Square.

One of the vehicles destroyed in Vale Square belonged to key worker Kylie Green who is a dentistry practice manager working in London. Kylie woke this morning to find her car (below) was among those targeted. 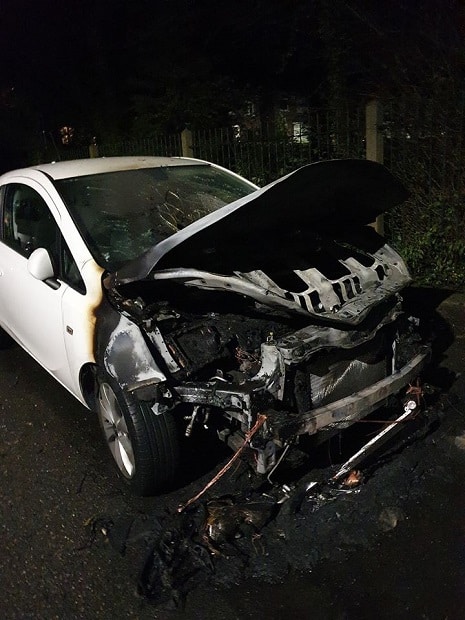 Last week four cars were found alight in Thanet in the early hours.

Kent Police was made aware by Kent Fire and Rescue Service of a car alight in Gladstone Road, Broadstairs,and received reports of three car fires in Chapel Place, Bellevue Road and Cavendish Street, in Ramsgate.

Kent Police has been contacted for further information.