Hallie Rubenhold, the author of the ground-breaking new book The Five (Doubleday), which sheds fresh light on Jack the Ripper’s victims, will be speaking at the Pavilion, Broadstairs on March 12.

For more than a century, media coverage has suggested that the Ripper preyed on prostitutes. Which, Rubenhold says, is untrue and has prevented the real stories being told. Rubenhold will be revealing what she says is the truth about these women in-conversation with BroadstairsLit.

The bestseller has caused a stir amongst Ripperologists , with some claiming the truth that Rubenhold has unearthed from her  research of historical records is ‘lies and incorrect.’

The book has, however, been widely welcomed throughout the literary world, winning the coveted Baillie Gifford Prize for Non-Fiction 2019 and earning the title of Hay Festival book of the Year. The work which appeared on the bestseller lists in the New York Times and Sunday Times, and was chosen by the Oprah Winfrey Magazine, was described by the Guardian as having ‘called time on the misogyny that has fed the Ripper myth. Powerful and shaming’. 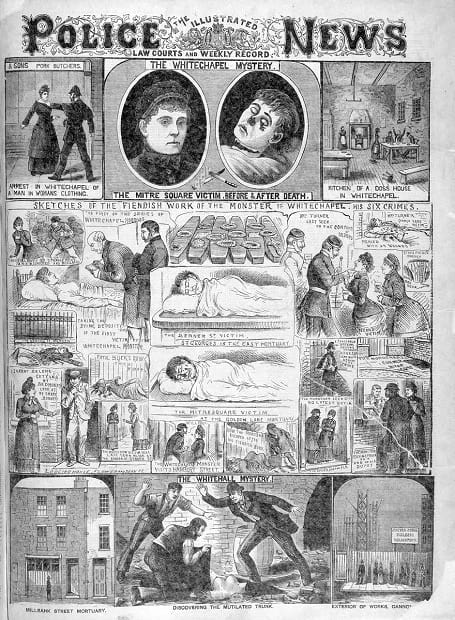 Rubenhold says she has uncovered the five devastating human stories of Polly, Annie, Elizabeth, Catherine and Mary-Jane, which form a dark and moving portrait of Victorian London. They came from Fleet Street, Knightsbridge, Wolverhampton, Sweden and Wales and variously wrote ballards, ran coffee houses, lived on country estates, breathed in ink dust from printing presses and escaped people-traffickers. What they had in common was the year of their murders – 1888.

The true identity behind “The Ripper” has never been proven and there is a Broadstairs link to the story:  Walter Richard Sickert (1860-1942), an artist known in his youth for his striking good looks, lived in St Peters between the ages of 74 and 77 at a house called Hopeville (originally Hauteville) and was once suspected of being the serial killer.

Denise Martin-Harker, BroadstairsLit’s festival director said: ‘We feel so privileged to welcome Hallie to Broadstairs. This book is such an important historical work and since Hallie helped us to launch BroadstairsLit three years ago, it is particularly special.’

Jack the Ripper: His Victims’ Untold Story begins at 7pm on March 12 at the Pavilion, Broadstairs. For full details and to book tickets online visit BroadstairsLit.co.uk. Tickets, priced £15 and including wine and nibbles, in-conversation and book signing, can also be bought at The Pavilion or La De Da Boutique, Broadstairs and The Home Front Tea Room, Ramsgate.