Families are being faced with discarded dog waste along the public footpath beside Salmestone primary and nursery school in Margate.

The path runs from Tivoli Road to Salmestone Road, alongside the former Margate Sands Railway line, which is now overgrown and forgotten.

Dog mess litters the ground and black bags containing the waste have been discarded alongside the pathway or thrown over the fence. At the bottom of the path by Tivoli Road a mound of bags is building up on a section of brickwork.

The pathway is used by children making their way to and from Salmestone primary and nursery and, as well as the health hazard, there is the stench of faeces that have not been cleared. 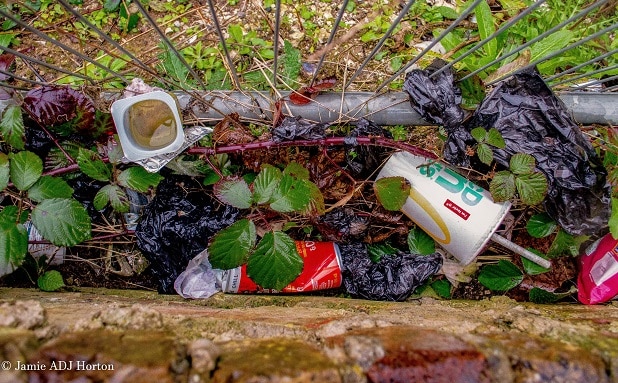 Alana Reardon, a mum of two whose children attend Salmestone, said “It’s disgusting. Something needs to be done, it’s a complete mess.

“My youngest often falls over and her hands touch the floor, when I think of what’s been there I am worried she will pick something up.

“The smell is awful. I’m expecting my third child, so I have to be ultra careful that I and my children don’t get into contact with any of it.

“Some signs along the fence, even designed by the children of the school, highlighting the danger may help. At the moment there is nothing.”

Dog waste carries bacteria that can lead to stomach upsets if contact is made with it and the area not washed clean. The most serious risk to public health from the mess is Toxocaraisis – a form of round worm.

Salmestone head teacher Nigel Pantling said the front of the school is clear of any mess but he would encourage dog owners to be responsible.

He said: “Schools are community buildings and accessed by a wide range of people. It is important that we keep our site clean and safe for our children and families.

“It is a shame there have been reports of dog mess on the pathway, I would encourage dog owners to use the bins provided so we can all enjoy our environment.”

The control of Dogs Ordinance (1992) applies to all public places and states that an offence is committed if a person in charge of a dog fails to clear up after the animal. 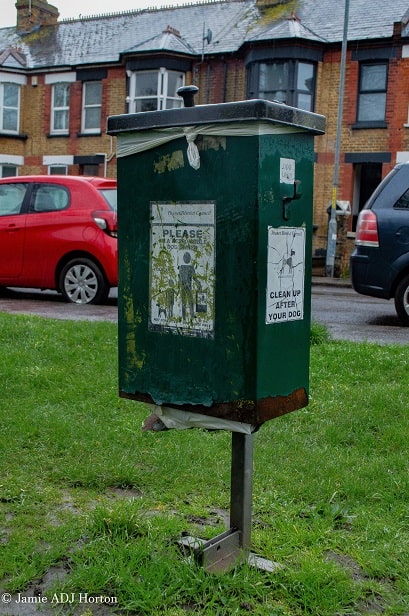 Thanet District Council has a zero-tolerance to littering and dog fouling in all public spaces.

The minority of dog owners who offend could be issued with a fixed penalty notice of £100.If the penalty notice is not paid, Thanet council will take an offender to court and a fine of up to £2500 may be payable.

Thanet District Council has worked in partnership with Tikspac to install 30 dog waste bag dispensers around parks and open spaces. There is also a dog waste bin alongside the green at Tivoli Road and bagged dog waste can be put in any public litter bin.