From mermaids and unicorns to dinosaurs and a ‘comic book’  heroine with dual British and Zimbabwean heritage – there’s a wealth of tales and creative words at Ramsgate’s Moon Lane Children’s Books and Toys shop.

The shop in Addington Street  buzzes with activity as children explore books, take part in activities and events and are transfixed by the large, model train that chuffs around a track running above the displays.

The magical world of pictures and words is the creation of children’s author Tamara Macfarlane and business partner Paul Chin. They are joined by Thanet mum Nicci Rosengarten who handles everything from selling to branding and social media. 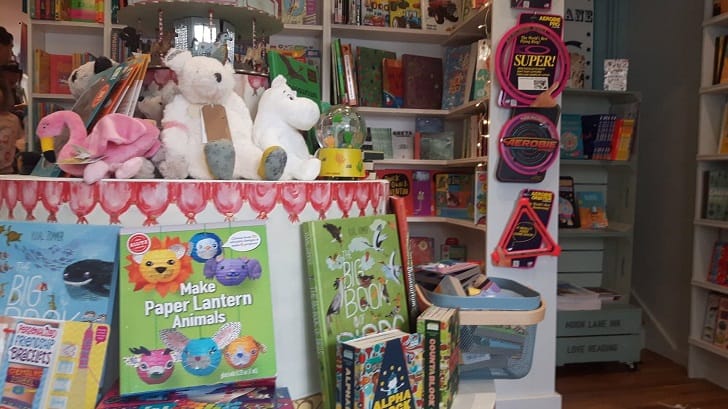 It is the third shop in the Moon Lane stable, with two predecessors in London. The first shop opened in Herne Hill, London, in 2003, and success has seen the venture grow into shops and a community interest company hosting school events and festivals.

The aim, says Tamara, is to make children’s books accessible to all, removing barriers and reflecting the spectrum of gender, ethnicity, class, disability, socio-economic status, sexual-orientation and culture.

Responsibility for the Ramsgate branch, which opened last November, can be laid at the paws of of Tamara’s Schnoodles –  crossed Poodle and Schnauzer- Pluto and Goblin.

Goblin was the newest edition to the Macfarlane family, meaning plans to have a break had to be somewhere near to their Lewisham home. 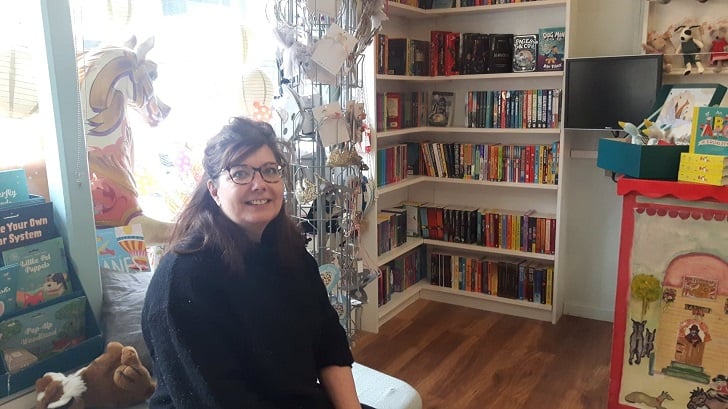 Tamara, 47, said: “Having a new dog meant we couldn’t go far. So we stayed in Broadstairs and then took a walk along the seafront and ended up in Ramsgate.

“I just really loved the feel of it and the diversity of people. It felt like somewhere we could have a shop and is just beautiful.”

Tamara, who is mum to a daughter and son aged 18 and 14 and married to fellow bookseller Roy, has written 10 children’s books for youngsters aged three to 12 and recently signed a new deal with publisher DK – part of Penguin Random House.

Her first books were the Amazing Esme series, prompted by the urge to find a ‘strong, complex’ girl character to share with her daughter.

She then shared a chapter per week with her class when she was working as a primary school teacher.]She said: “Esme is a curious girl, physically and mentally capable of creating and solving her own problems.” 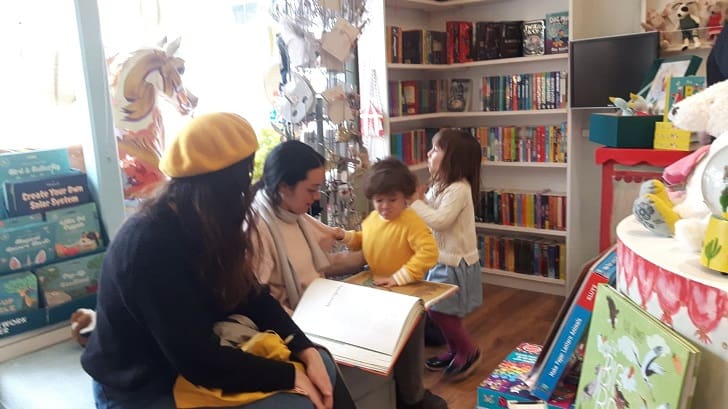 Eventually she plucked up the courage to send her work to a publishers and clinched a three book deal with Hodder.

Other books include tales of mermaids, unicorns, dinosaurs and The Uncracked Code illustrated by Zimbabwean artist Eugene Ramirez Mapondera.

Tamara is currently in London during the week and Ramsgate from Friday to Sunday.

She said: “We love it here, the local support has been amazing and I feel very lucky to be here and to be by the sea.

“We (Tamara and Paul) became business partners for the Lewisham shop. We have different skills; he is an IT specialist so is brilliant at systems and I have the creative and book knowledge. It worked so well in London we decided to do it here and also took on the brilliant Nicci.”

A busy run from opening day until Christmas has continued to steam ahead as events, such as the recent half term children’s events and book launches, attract families to the store. 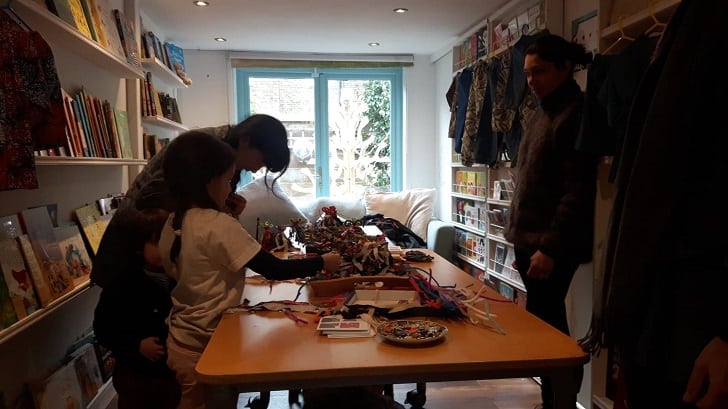 Tamara said: “We are feeling very positive and are already planning a children’s literacy festival and outreach to schools. I really like the shop to be active and it is a lovely place to exchange ideas and open up imaginations.”

Upcoming events include activities in the May half term and Summer holidays and then the October school break. March 14, 2pm-3pm, author Beverley Birch will discuss and read from her soon-to-be-released fiction book Song Beneath the Tides, a love story with ghosts, thrills and mystery, aimed at teenage readers.