An idea scrawled on a napkin 20 years ago to provide additional needs services for all ages has become a reality thanks to a £6,500 Demelza Hospice lottery win and the incredible determination of one woman.

Sarah Wheeler, from Westgate, took on an old Mini workshop in St Nicholas-at-Wade  and spent 18 months using her skills in graphic design, illustration and theatre set building to almost single-handedly transform it into a beautiful sensory, craft activity and learning unit called The Omnibus Project.

A mezzanine floor means there is an upper room which Sarah, 44, plans to tackle this year to create a training space alongside her huge stock of books and education resources.

The project officially launched last March and currently runs five sessions across Fridays and Saturdays. It is the base for Lyrical Hands Signing Choir and Sarah also runs an outreach service for special needs residents at a care home for adults in Ramsgate. 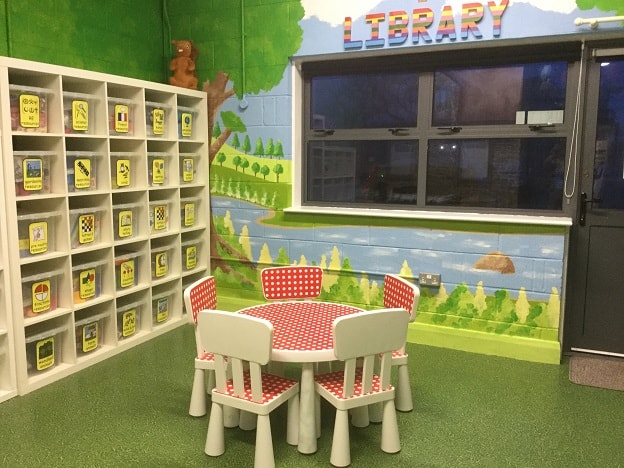 Her vocation is one Sarah ‘fell into’ after taking a year out from her graphic design university course and volunteering at a primary school making resources. While at uni she also worked in NHS clinics. 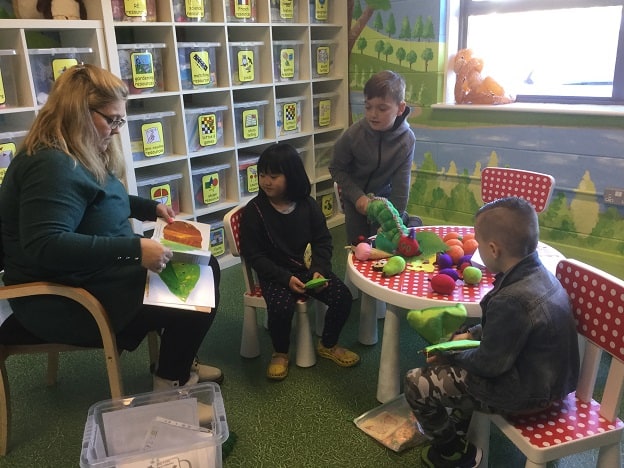 She said: “A job for a speech and language assistant came up. At first I thought I couldn’t do it but I looked at the description and it said about understanding additional needs and I have a friend and an aunt with this and also about sign language which I knew because of my aunt. I got the job.”

Sarah spent 10 years part time at St Nicholas special school in Canterbury as a speech and language therapist and then went on to take her teaching qualification, alongside her work, leading to a further 10 years as a teacher.

She said: “I loved the school and was so comfortable but wanted to do this rather than look back and wonder ‘what if.’

“Funding for education is poor so I bought resources and had a lot of stuff but needed a venue. I then won £6,500 on the Demelza lottery so had a start up fund and went for it.” 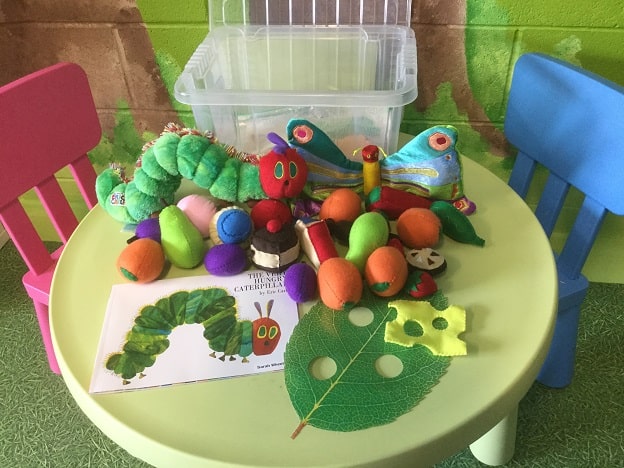 Sarah looked for a site and came across the car workshop at the Crossways Business Park.

She said: “It was an empty shell that had four Minis in it. It took 18 months of work and was quite a mission as there was no running water or kitchen so I had to build everything, with my Dad helping with plumbing, and I spent three months painting the big wall mural.”

The Omnibus Project has a sensory story lending library, so people can take away a box and then return it and swap for a new one, as well as sensory sessions and art and craft activities. 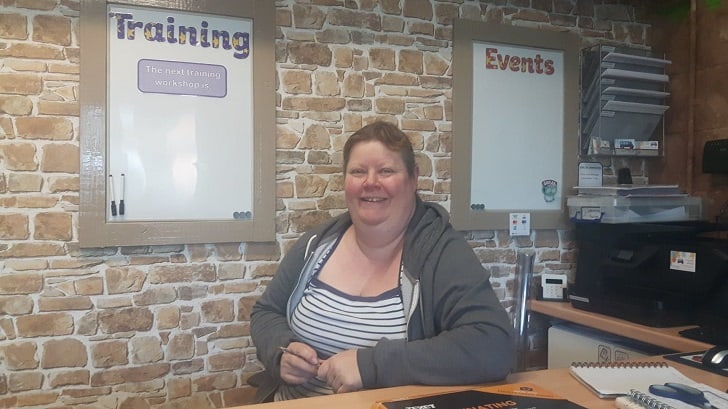 Sarah said: “I work across all ages, so my youngest is one and oldest is 65. I want this to be inclusive for everybody.

“I offer people direct support and hands-on sessions. This is also somewhere people can come for advice and guidance on what else is out there. I’ll be making links this year with the benefits agency so they can have a surgery and take people through claims or EHCP processes. There needs to be more signposting to services.

“Having a special needs child can be really challenging so I can give parents support. They might want to get involved in sessions or just have a cup of tea and a chat, it can be whatever they need it to be.

“There are arts and crafts, sensory sessions, the lending library. Some parents may have difficulty in how to engage their child so might sit in on sessions. It is about early intervention, there is no right or wrong way for parents. I build up a rapport and relationship, different things work for different people.”

Sarah aims to expand this year with the training workshops and also hopes to gradually phase out her college role so she can open The Omnibus Project full-time. The idea of a minibus for outreach sessions is also still on the cards.

The Omnibus Project is at 6 Crossways Business Park, Canterbury Road, St Nicholas-at-Wade. Call 01843 309762 or find it online at www.theomnibusproject.co.uk or on facebook here

‘He is really coming out of his shell’

Roman was born with plagiocephaly, or flat head syndrome, which meant he wore a special corrective helmet for several months.

He also has developmental delay which has impacted his speech and social interactions.

Zara said: “Because of his age Roman is not seen as priority for high impact speech and language therapy. Sarah had invited me to bring Roman along to a session but as a mum with a special needs child you do worry about meltdowns as a reaction to new places.

“But Sarah did a fun session with Roman and his sister. He really enjoyed it and got really involved in the storytelling, especially the Hungry Caterpillar which he was mesmerised by.

“At the end the Hungry Caterpillar eats watermelon. Now Roman is fixated with watermelon and every week we have to buy him one! It even goes to bed with him!

“Every Friday he has a one to one session with Sarh and his speech has improved and his attention. It took a while but Sarah has built a rapport with him and  h is comfortable and really coming out of his shell.

“It is such a fantastic centre and resource. We also got Sarah to go to Roman’s nursery to give some special needs guidance and support. Roman has achieved so much with her.”

Zara and husband-to-be Roy Clark have been so impressed that Roy even sprayed his beard white and donned a Father Christmas suit to help out with the projects Santa sensory sessions, which ran for both youngsters and adults over the festive period.

Roman will start school this September and Zara says the sessions have helped prepare him by building his social skills.