A heritage park with archaeological viewing ‘platforms,’ and interpretation boards, a community hub and an ‘edible corridor’ are among the plans for a 1,600 home development in Birchington which will go on public display this month.

Ptarmigan Land and Millwood Designer Homes will show masterplan images for the  194 acre site on the south of the village running from Quex up towards Minnis at a consultation event on February 14.

The event, taking place at The Centre in Alpha Road from 1pm to 8pm, precedes an expected submission of an outline planning application to Thanet council this Spring.

The proposal, which could see the village swell from 10,000 residents to almost 15,000, includes developing agricultural fields on the perimeter of Birchington – an issue that has caused anger and prompted a petition objecting to the scheme signed by 2858 people.

The petition launched by resident Gary Fowler questions why grade one land is being used when the development could instead incorporate grade 2 and 3 land further west.

Concerns over the increase in population, stretched medical services and the loss of countryside and paths are also raised.

Aims to develop the site are contained in the draft Thanet Local Plan  a blueprint for housing, business and infrastructure on the isle up until 2031. A vote aimed at retaining aviation at Manston airport in 2018  resulted in a reallocation of properties, including a further  600 homes for Birchington, making a total of 1,600. 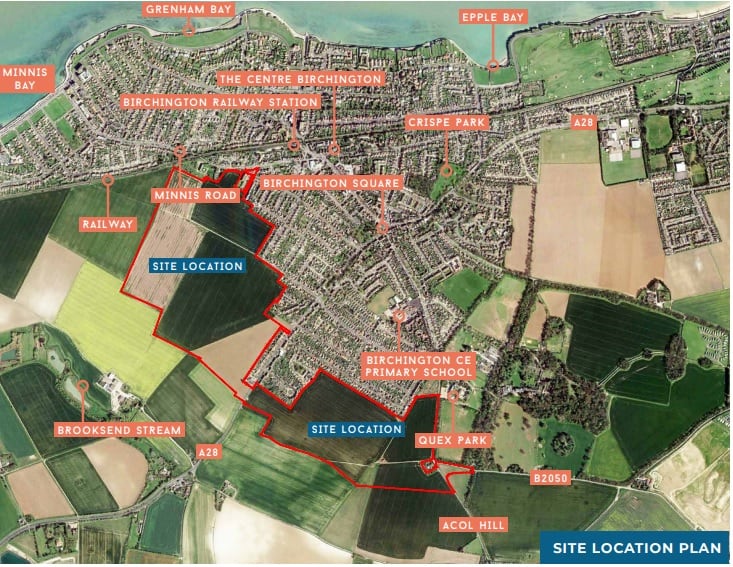 Olly Buck from Ptarmigan Land said the aim is to engage Birchington residents and introduce a scheme that will ‘deliver benefits.’

He said: “1,600 houses in a new community is inevitably going to bring substantial change and not everyone is going to be in favour of that. The reason these schemes are being delivered up and down the country is the government drive to increase housing. Our job is to very much engage the community to make sure they are armed with the facts and to set out how it will affect them.

“Sometimes the impact that some think will be negative can actually bring a whole range of benefits. This scheme will deliver economic and community benefits. When you do a job right it improves an area rather than having a detrimental impact.”

Ptarmigan and Millwood say the planned link road extending from Minnis Road and the A28 will alleviate traffic congestion in the village and improve air quality in the main square and that 26 HA of open space – more than double to 12 HA requirement – will include the heritage park and archaeological finds, all age leisure facilities such as a skate park, community orchards, growing areas and coastal trails.

Mr Buck said: “There will be a Quex to coast heritage walk which will be a fantastic resource with wayfinding interpretation boards and various things along the route to celebrate the heritage of the area. It is quite exciting.”

He also outlined plans for the edible corridor in the Minnis Road area with growing points, bee friendly planting and ‘rewilding,’ adding: “Agricultural land in intensively farmed so although we are taking away a landscape we are putting elements in that will reconnect nature and wildlife even in an urban area.”

A two-form entry primary school, 70 bed retirement home and financial contributions towards expanding facilities at Birchington Medical Centre are included in the scheme.

Jeremy Handel, from Ptarmigan, said: “The key things are healthy living and healthy lifestyles. There are 19 different play areas, six equipped, for all age groups. The skate park will be designed into the landscape with areas suitable for small children and older kids.”

Homes will be a mix from one bed to five bed with 30% earmarked as affordable, including shared ownership/help to buy scheme properties and social rented homes.

The proposal has a 10-15 year phased build out with the aim of starting construction in early 2022 and first occupations at the end of that year.

Boards showing the new designs will be on display at the consultation event.

The volume of housing planned for the village and the agricultural land location lay at the heart of opposition to the scheme.

But resident and campaigner for Birchington action group against TDC Local Plan Craig Solly says the development numbers are a nonsense.

He said: “The housing need is wrong; Thanet will not build in total 17140 houses in the 12 years left in the local plan. The plan in the last 5 years will build over 1300 houses a year. This has not happened in the data I have found since 1980.

“If the housing numbers were sensible we wouldn’t have this level set out for Birchington and Westgate.

He added ““Losing the UK’s finest farmland to housing is not the way to deliver housing in the future, especially when there is passion to protect the environment and global climate.  It is a sad reflection of these times to destroy the arable soils that have provided food for generations.  Thanet and the UK has brownfield land which the focus of house building should prioritise, especially when national policy states it to do so.” 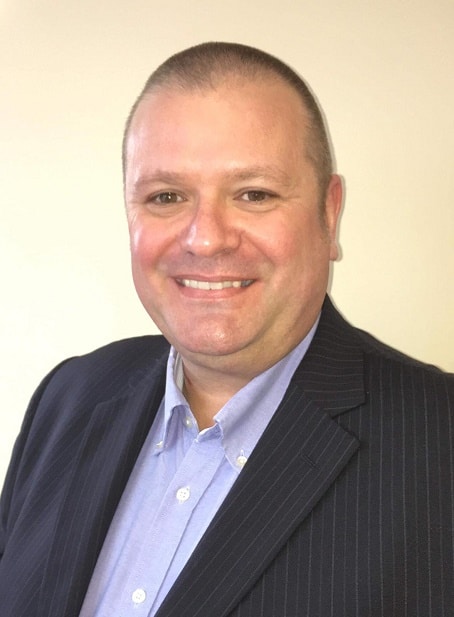 District and parish councillor for Birchington, Phil Fellows, says farmland should not be used when there are other available sites.

He said: “I’ve always been against any development on Grade I agricultural farmland. There are enough empty properties and brownfield sites in Thanet; the last resort should be building on farmland.

“The developers have seen this land has been put into the local plan and these developers are just here to make as much profit as possible. We shouldn’t be fooled that they have our interests at heart. We’ve got a medical centre at breaking point, one primary school and a secondary school that are oversubscribed.

“If they were to build a new medical centre, secondary school and primary school first it would be easier to swallow. It has to be infrastructure first otherwise our residents already here will suffer.”