The tiles are the artistic creations of students at Royal Harbour Academy and Chatham and Clarendon Grammar School who have taken part in a year long project – In Step with Pugin – working with Ramsgate Town Team and the Pugin Society and supported by Historic England.

The youngsters, average age 13, created 90 designs and these were whittled down to the winning 25 by a panel which included Catriona Blaker, resident expert on Pugin, Emily Peasgood, local award–winning composer and resident of Kent Place and Bruce Sales, fishing tackle shop owner and longstanding resident of Kent Place. 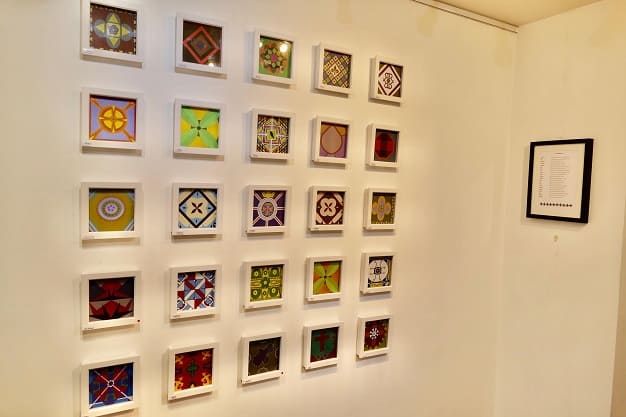 The winning criteria was for designs that would complement each other and were true to Pugin’s style. Other designs were highly commended and may be used for other products – such as coasters, placemats or cushion covers – in future.

The students learned about Pugin’s work, life and achievements and visited Pugin’s home and church in Ramsgate. Tour guides from The Grange and St Augustine’s showed the students around both buildings and photos and preliminary sketches were made by the groups.

The students worked up their designs, then used various tools to create digital artwork.

The final judging session took place on site where Town Team members Maxine Morgan and Rebekah Smith cut out hundreds of paper tile designs, glued them to three metre cardboard strips and placed them onto the step risers to demonstrate how the repeated patterns would look.

The winning designs have been transferred onto porcelain tiles and embrace patterns which show Pugin’s love of flowers, birds, stained glass window shapes and the sea. 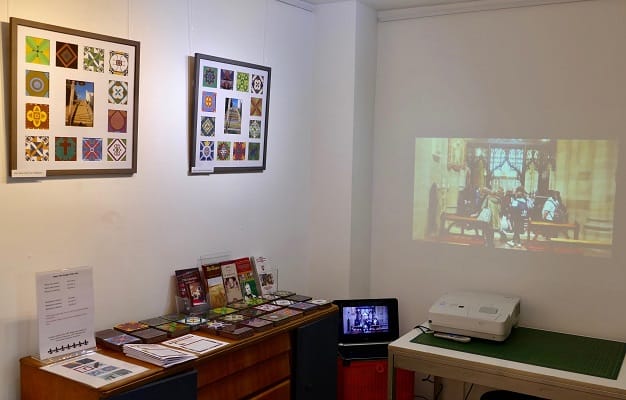 At 13 he began his career working with his father  who was an accomplished draughtsman. Pugin became a much admired and prolific designer himself, and in his short life, he designed the Houses of Parliament, churches and cathedrals, tiles, textiles and furniture.

His influence on design continues to this day, and many examples of his work can be found in Ramsgate.

In March the tiles will be installed at the Steps, which were built during the architect’s lifetime, and will become part of the Pugin Trail run by The Pugin Society.

The project is part of Ramsgate’s designation as a Heritage Action Zone by Historic England in 2017. The five year scheme aims to breathe new life into  places that are rich in heritage and full of promise – unlocking their potential and making them more attractive to residents, businesses, tourists and investors. Historic England is working with Thanet District Council and Ramsgate Coastal Community Team. 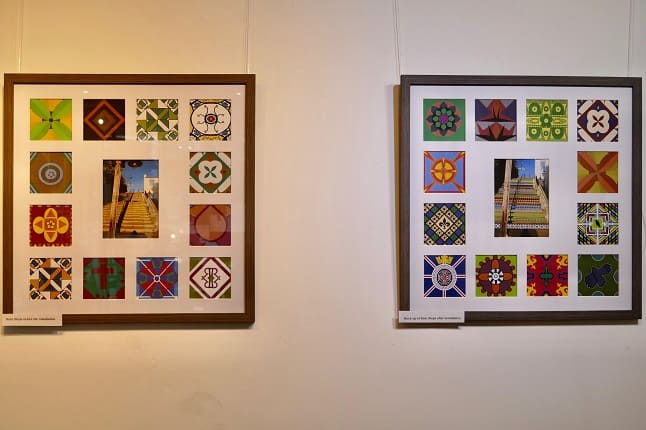 Helen Spencer, of Historic England, said: ““We are delighted with the Heritage Schools partnership project with Ramsgate Town Team. Pupils at Royal Harbour Academy and Chatham & Clarendon Grammar have shown great skill in turning their knowledge and observation of Pugin’s art and architecture into these stunning tile designs.  This wonderful exhibition showcases their sense of pride in Ramsgate and its rich heritage and we look forward to seeing the tiles installed at Kent Steps in the Spring.”

Town Promoter Rebekah Smith added: “We have had such a great time working with our two senior schools and seeing their submitted designs which have really demonstrated how much the students had learned about the master of architecture and local resident, AWN Pugin. 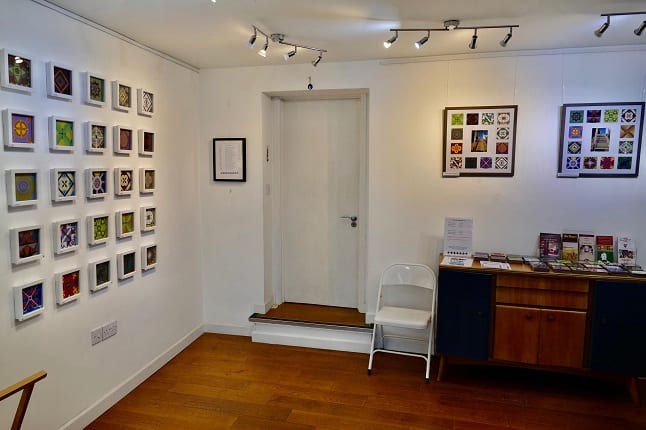 “The quality from people as young as 13 has been really impressive and it has been really heartening to see the community get behind this project; from the volunteers at The Grange and St Augustine’s giving up their afternoon to show the students around to McGillan and Woodell giving us the gallery space to showcase their work.

“Orbit Housing also spent a morning weeding and clearing the steps in preparation and Ramsgate Town Council has repainted the lamppost and added new wayfinding signs at the top of the steps. Ramsgate Town Team plan to paint the hand rails leading up the steps. 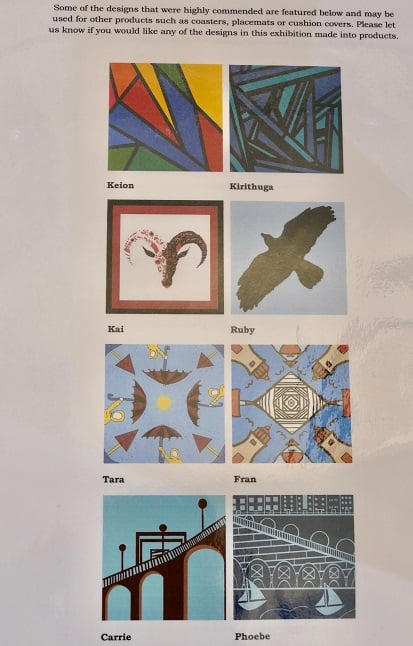 “Ramsgate Town Team members have also been working with the Heritage Action Zone team at Historic England, who have been massively supportive, including funding the production and installation of the tiles, which weather permitting, will happen in the next six weeks.”

Currently the designs are on display at McGillan & Woodell Gallery, 43 Queen Street, Ramsgate, until January 23.

There is an open view afternoon today (January 11) from 3pm-5pm and the exhibition will be available for view Monday-Saturday 10am – 5pm.