The Thanet pack showed one change from the previous week with Kris Finneran replacing the injured Arek Janelzko but the backs were again much changed. Stuart Plumridge returned at inside centre although Charlie Knight had flu and was replaced at thirteen by Lucas Deveson, usually a flank forward. Lewis Stone was back at scrum half with Tom Walton moving to full back. After a promising debut from the bench last week Antony Theodosiou started on the wing.

The hosts had made a good start to the league and were in fifth position whilst Wanderers were just outside the relegation zone and in urgent need of a win. Playing with the wind behind them, Wanderers started well and the home defence was twice penalised in the opening five minutes.  Two more penalties quickly followed and from the second Nick Herbert opened the scoring from around fifteen metres out.

Plumridge carried strongly and took Thanet deep into the opposition half. Wanderers were on top choosing to scrummage two of the three further penalties awarded in the first quarter before the first try closed it. Good handling along the line was well finished off in the corner by left wing Jimmy Robinson to open up an 8-0 lead for Thanet. Back bounced Deal and set good field position with a long penalty before drawing another and going over in the corner for an unconverted try. Danny Clement now took a break with Jon Walker-Smith joining Captain Neil Wakefield and Luke Tolley in the front row. 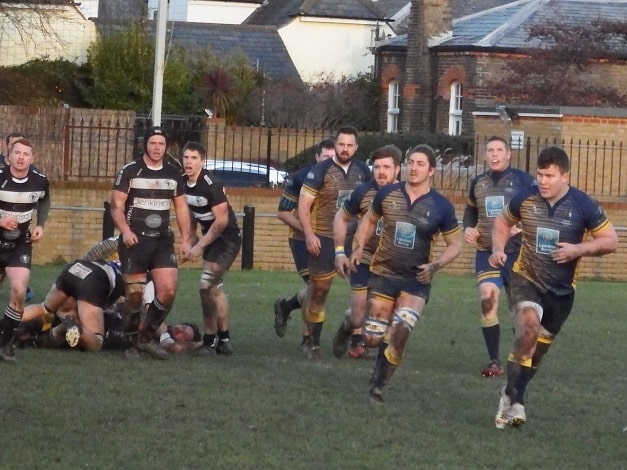 On the half hour mark, a charge down was gathered by Stuart Plumridge who made good ground before handing on to Deveson to hustle over for his maiden try for the first XV. A nice conversion from Herbert made the score 15-5 to Thanet. The resilient hosts again hit back quickly as a missed tackle eased their path to the line near the posts to make it 15-12 to Wanderers. Walton caught well to make a mark and then gain considerable metres with a fine kick before half time was sounded with the score unchanged and with Thanet aware they faced a difficult second half against the wind.

Six minutes into the second half, a well rehearsed line-out move from Thanet ended with a nice dart through the home defence by Stone before Herbert put Walton away to finish strongly. No conversion left the score at 20-12 to Wanderers. A questionable ‘no arms’ tackle on Stone led to just a penalty against Deal. George Orton was firing on all cylinders today and now won a good battle on the floor. His fellow second row Finneran had also put in a good shift before now taking a break with Dave Lemon on in a reshaped back five in the pack. 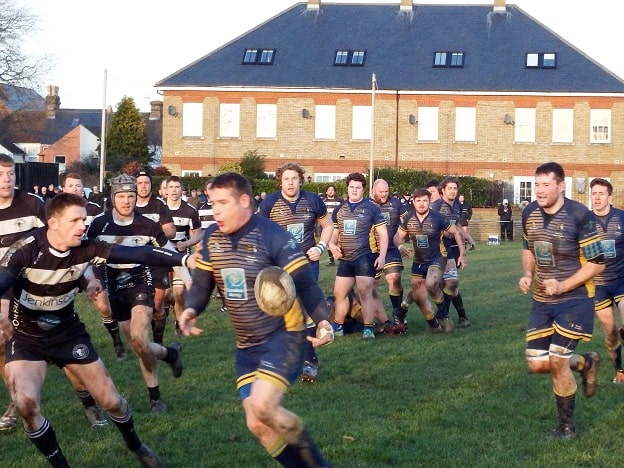 Walker-Smith was perhaps, in the light of previous decisions, a little unfortunate to be the one now to see yellow but good Thanet defence ensured there was no score in his absence. Orton broke forcefully and Plumridge put in a crunching tackle before, as Thanet cleared to half way, today’s referee Simon Bingham indicated that twelve minutes remained. Theodosiou tackled very hard before making a powerful break. Young replacement prop Gully Goodall played around thirty minutes today, he now made a clean break before being dragged down.

Visiting watches were being urgently consulted as Deal spotted a hole in Thanet’s defence and were quick to pile through for a converted try that brought them within a point at 20-19. The hosts had won their last two games with late scores and now again found a way through the tiring Thanet defence to go clear at 26-20. Wanderers battled hard in the closing minutes but a thoroughly entertaining match ended with no further score and Wanderers taking a single losing bonus point.  The result keeps Deal in fifth spot but results elsewhere mean Thanet are back in the relegation zone at the half way stage of the season.

The return fixture is the final home match of the season in April and Wanderers coaches will be hoping that by then they have climbed well away from the league’s basement.

There was an enthralling battle between the two packs, particularly in the first half when repeated scrum penalties thwarted Wanderers drives to the line. The back row of Warren Riddell-Broomfield, Brett Scott and Andy Letts was again immense in a superb team performance making the selection of a man of the match a tricky one for head coach Mike Pond. 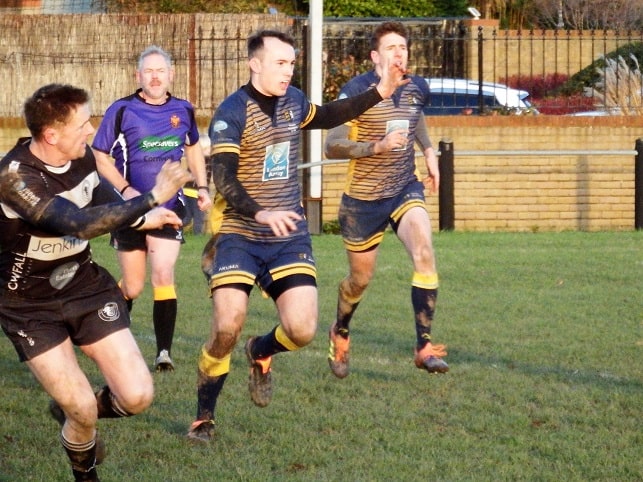 Few would argue against his choice of Stuart Plumridge who returned from a protracted injury absence to give an excellent performance. The 2s and 3s won their matches against their Deal counterparts by 59-0 and 41-0

The first XV were bitterly disappointed not to make it a full house but will be fired up when they return to action on January 11 with a home fixture against Maidstone who have yet to win a match this season. (Kick Off 2pm).