Parliamentary  candidates at a hustings in Margate today (December 5) were grilled on issues ranging from housing for older people to state pension ages and inequalities and disability policies.

The hustings, organised for Thanet’s over 50s by East Kent Women Against State Pension Inequalities (WASPI) campaigners and hosted at Margate Caves, was attended by North and South Thanet Labour candidates Rebecca Gordon-Nesbitt and Dr Coral Jones, Becky Wing standing for the Green Party in South Thanet and Martyn Pennington standing for Lib Dems in South Thanet. A cut out of Sir Roger’s face was taped to an empty chair at the hustings panel table to highlight his absence. South Thanet Conservative Craig Mackinlay was also absent. The event was chaired by Kathy Bailes from The Isle of Thanet News. 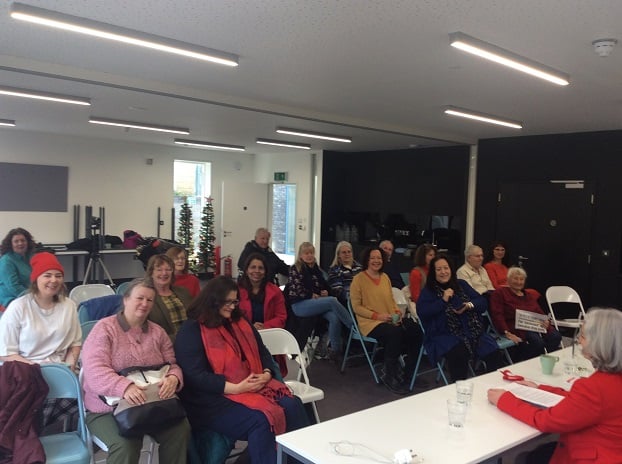 Women who had been expecting to start drawing their state pensions between 2016 and 2020 found out in 2011 that they would face delays in receiving their pension. Campaign groups such as WASPI say this has caused misery and hardship.

Rebecca Gordon-Nesbitt told the gathering that Labour would compensate those women hit hardest by the state pension changes.

An estimated 13,400 women in Thanet and Sandwich who lost out on their pensions would get pay-outs of up to £31,000 under Labour plans.

Becky Wing called the changes “a travesty” and outlined Green Party plans to pay a higher pension rate of £178 and a universal basic income (UBI) for everyone – with those women hit by the pension changes being in the first tranche of pay outs.

Lib Dem policy is that compensation will be decided in line with the recommendations of the parliamentary ombudsmen, although no recommendation has yet been made due to the Judicial Review action.

Talking about the issue of housing Becky Wing said all homes should be ‘future proofed’ including elements such as toilets and bathrooms being accessible to those with disabilities. Martyn Pennington spoke of inter-generational living and Rebecca Gordon Nesbitt outlined Labour plans to build social housing with councils maintaining their own stock. 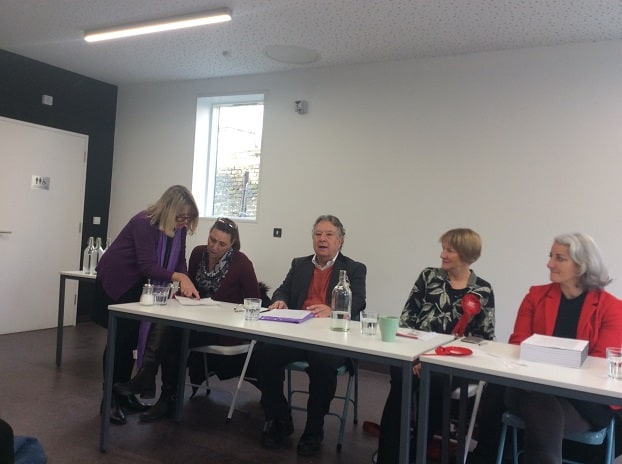 Proposals by a think tank to raise the pension age to 75 also came under scrutiny with candidates all opposed to a rise and pledges made that the retirement age would be capped at 65/66 years old. Retraining, retirees sharing skills with younger people and the need for better education and wages earlier in life were also highlighted.

The absence of North Thanet Conservative candidate Sir Roger Gale prompted an impassioned speech from Dr Coral Jones over the need for change. 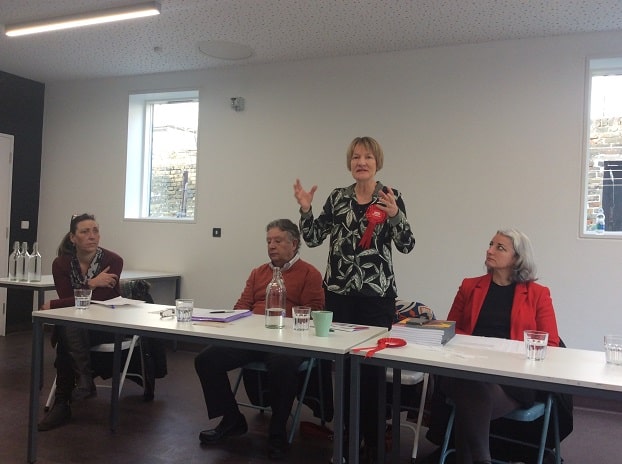 She said women were being particularly hard hit by Tory policies and driven into poverty. She also highlighted the fight for NHS services and funding, the campaign to stop acute stroke services being moved out of QEQM Hospital and said Labour was the only party able to form an alternative government with the current first past the post voting system.

In answer to a question of whether it was ‘cowardice, complacency or laziness’ that prevented Sir Roger attending, Becky Wing said she would not resort to ‘slagging off’ a person not present to defend themselves or take part in political attacks.