The Trojan War and the siege of the city of Troy is coming alive for Upton Junior School children studying Ancient Greece.

The Year 4 pupils have worked in teams to construct a life size Trojan horse out of willow.

In workshops led by Charlie Lupton from the Make Your Own History educational team, the pupils, who wore period costume, wove together different sections of the creature, binding various lengths of the wood, known as whittles.

The assembled horses have an extra added section of wood on each foot so that they can be safely sunk into the ground outside the school to be on display as a sculpture memento of the children’s creative activities. 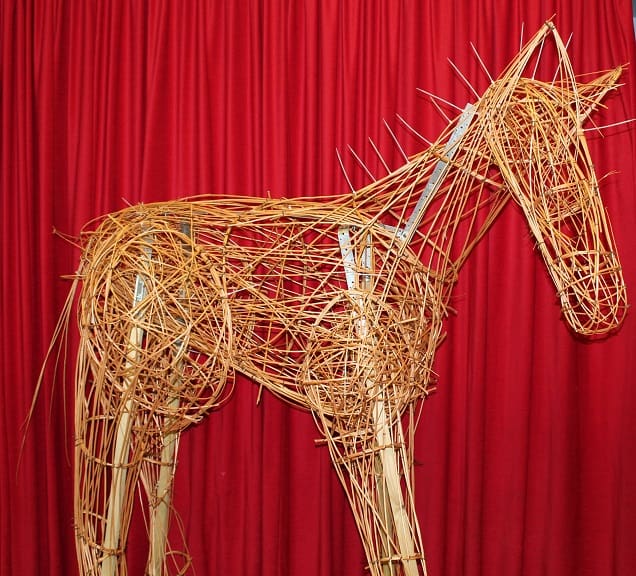 Mr Lupton said: “It is so important to bring history to life. Working in teams encourages practical skills, problem-solving and communication.”

Head of Year 4 Tom White said: “We are learning about Ancient Greece’s influence on the modern world, including democracy, philosophy, mathematics and science.

“We have also studied the Olympics and made comparisons with the modern games. We have also been studying the Greek Gods and the children have been fascinated by the myths and legends that go along with these. 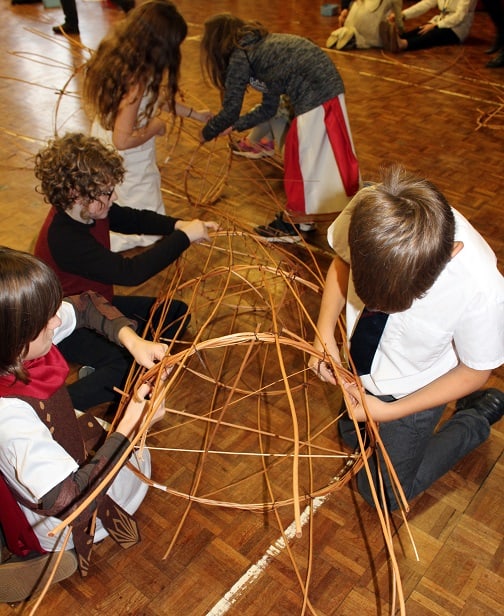 “One of our favourite stories so far has been the epic poems by Home about the  Iliad and the Odyssey including the Trojan War. In Design Technology pupils made Trojan horses out of lolly-pop sticks but creating life-size horses with willow wood was a fantastic experience.

“In Art, they are studying ancient Greek pottery and using this as inspiration to create their own designs. We also visited Dover museum to take part in an artefact-handling workshop as well as making a clay head of the Greek war hero Agamemnon. 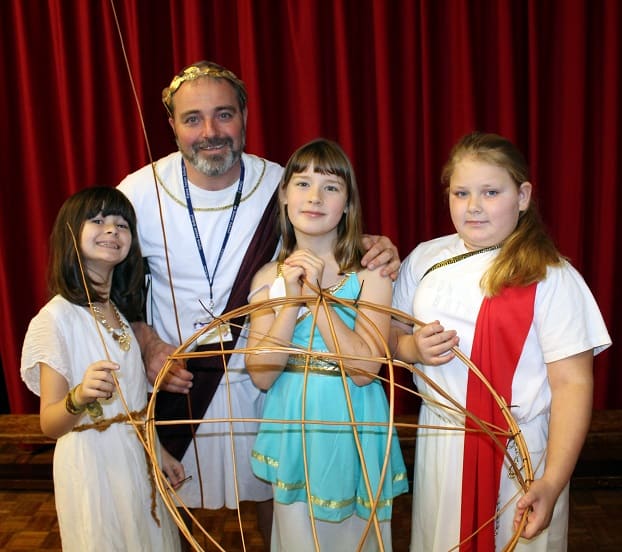 Make Your Own History online explains: “History fires pupils’ curiosity about past events, societies and people. By studying history, pupils come to understand more about themselves as individuals and as members of society. What they learn can influence personal choices, attitudes and values for years to come. 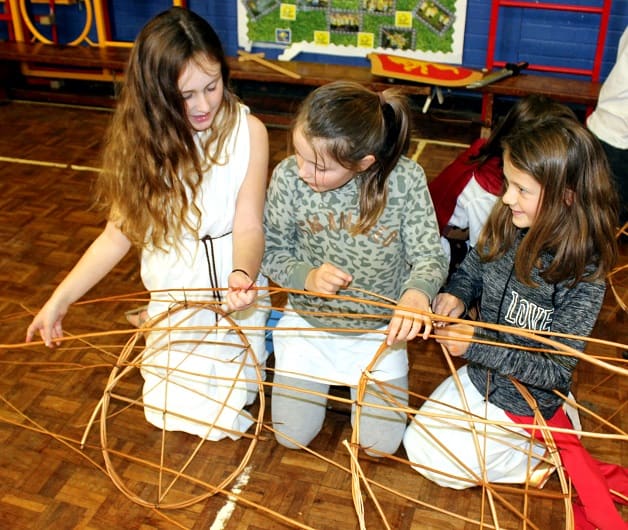 “History challenges pupils to ask and answer important questions, find evidence, weigh it up and reach conclusions. They learn about the history of their local area, Britain, Europe and the wider world, building up in their heads a framework of significant events and people. As they do so, they see the diversity of human experience and understand more about themselves as individuals and members of society. “