Baby Cassius Williams-Itam set a new record when he made his arrival at QEQM Hospital in Margate.

The latest addition to Ramsgate mum Jodie Williams’s family was four weeks early but still weighed in at a hefty 11lb 4oz – or around 5010 grams -when he was born on November 15, thought to make him the biggest premature baby staff had delivered.

Jodie, who is also mum to three boys aged 18, 10 and 8, said it was evident her newborn was going to tip the scales even before he arrived.

The 36-year-old said: “In the end I could hardly walk I was so big. I was then going to be induced on November 20 but then they did it a week earlier because he was measuring so big. 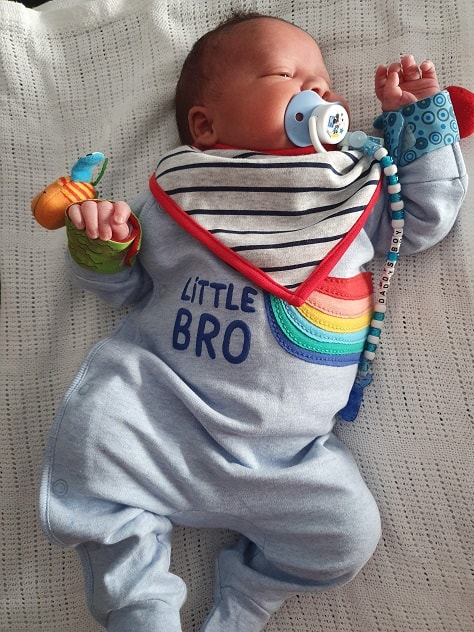 “My other boys were 7lb 11, 8lb 13 and 10lb 5 so he is the biggest! At the hospital all the  midwives were saying they had heard how big he was and the surgeon said she was the biggest premature baby she had delivered!”

At two weeks old Cassius, whose actual birth date should have been December 8, is wearing baby clothes sized 0-3 months and will soon be moving up to 3-6 months. 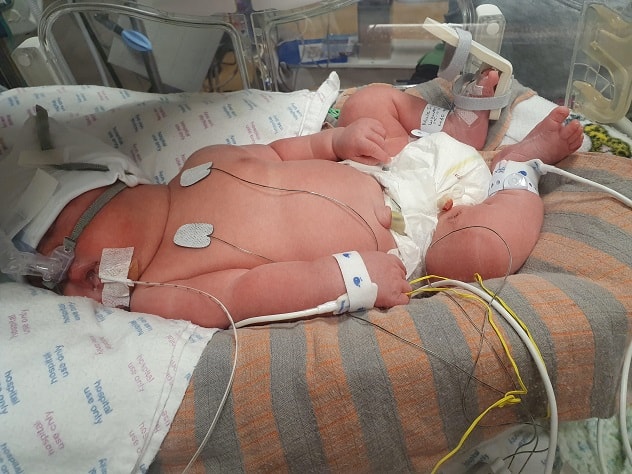 Jodie said: “He didn’t even get to wear all the newborn clothes I bought so I will have to put them to one side or pass them on now!

“When I took him to my sons’ school, Ramsgate Arts Primary, everyone wanted to see him and see how big he is!

“He is that strong and big he can already roll from his belly onto his back!” 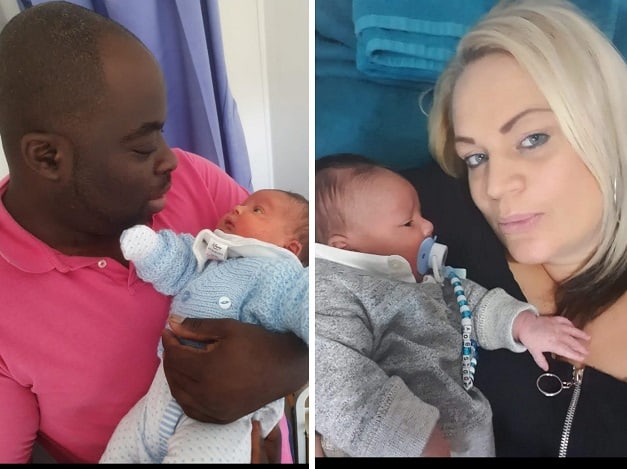 Jodie did have a name in mind for her new son but as soon as she and his dad set eyes on him they knew they had to call him Cassius.

Jodie said: “We did have a name for him until we met him in the special care baby unit. I didn’t get to see him straight away due to having a c section as he needed help with his breathing.

“As soon as me and his dad saw him we knew he was a fighter. He looked like he was ready for round one in the ring so we named him Cassius!”