A seven-year-old from Ramsgate has won a Thanet art competition inspired by the Turner Prize for highlighting his experience of the NHS.

Blakely, aged seven and a pupil at from Ramsgate Arts Primary, was named as the winner of the Viking Academy Trust schools art prize  for his installation on a hospital trolley that showed photos, images and equipment from his ongoing treatment for a serious health condition. It was called My Unfair World. 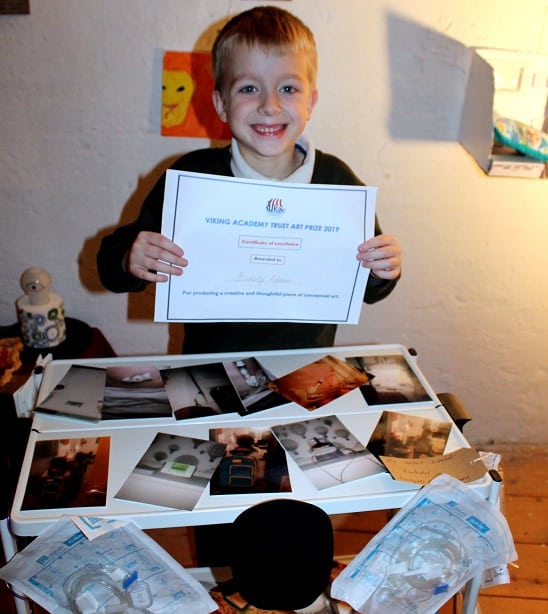 Blakely arrived at the VAT prize-giving with his family after being in the children’s Rainbow Ward at the QEQM Hospital in Margate for treatment for an infection.

The arts competition produced an array of thought-provoking and skilful creations by talented young artists from the Viking Academy Trust schools in Thanet. 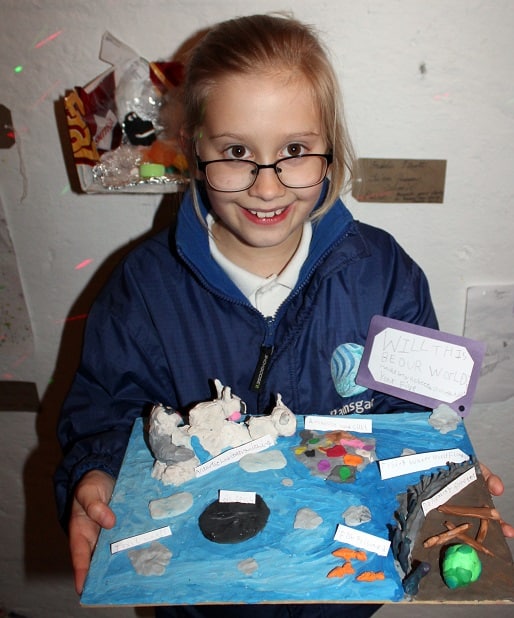 Children from Ramsgate Arts Primary, Upton Juniors and Chilton Primary, took part in the first ever VAT Arts prize and their work was on display  at the Silverland gallery at Ramsgate harbour arches on Monday, December 2, the day before the Turner Prize winner announcement at Dreamland in Margate. 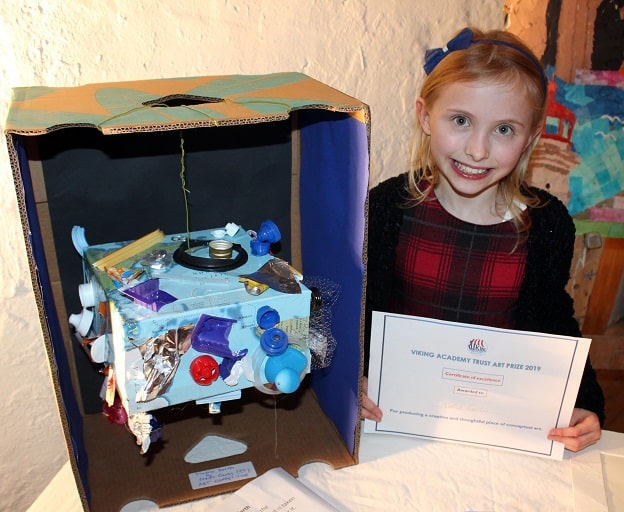 Six artists were shortlisted and their work was in a variety of styles including clay, 3d installations, and paintings, with themes ranging from the environment and the right of groups and individuals, to personal experiences and war.

They were Rhea with No Rain, No Rainbow which was inspired by the concept of resilience;

Tommaso whose theme was Greed, inspired by the fact that some people have everything and others have nothing;

Freya whose work Happy Place was inspired by the belief that everyone deserves a happy and safe place, so she created a miniature bedroom;

Blakely’s contribution of My Unfair World detailing his health battles;

Nadia’s Plastic Earth explored the belief that Earth is taken for granted and that we should look after our planet better;

Rebecca’s questioning piece about the future was called Will This Be Our World? 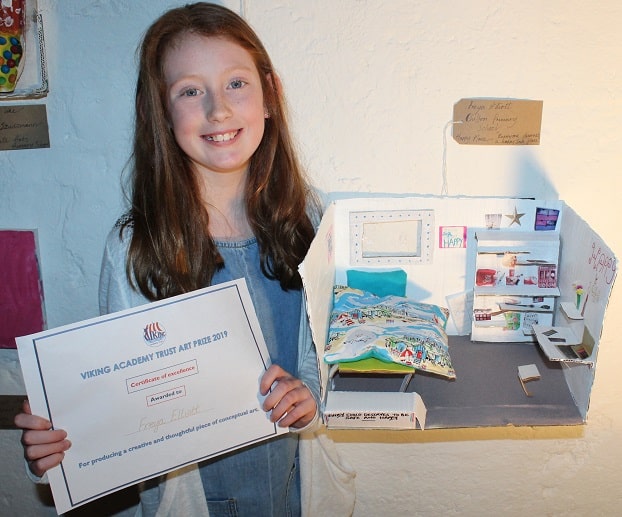 VAT Trustee Rob Kenyon told the gathering: ”Art makes us all better people. Research shows that for grown up and young people taking part in art based activities makes us healthier, happier, kinder, (and even more likely to vote).

“Children learning about arts are more likely to do better at school and children from schools in low income areas are three times more likely to get a degree – but most of all it is great fun.

“Great artists often collaborate, so it is fantastic that Chilton, Upton and RAPS are working together.

“Margate might have the world-renowned Turner Prize; but, inspired by displaying in this wonderful professional gallery, maybe we’ve got the future winners here in Ramsgate.” 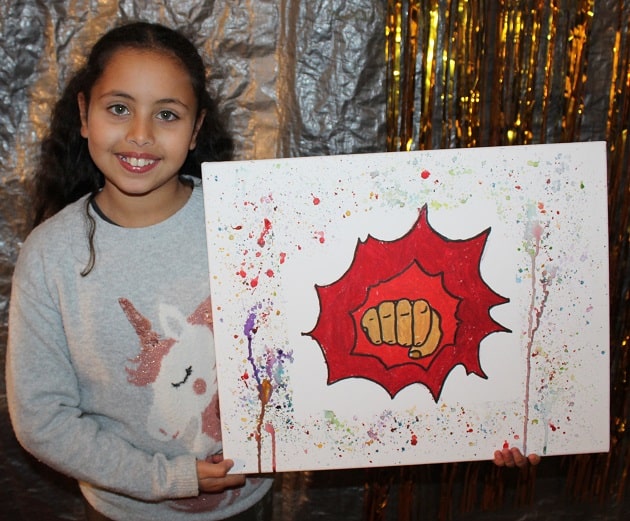 Michaela Lewis, Executive Head Teacher of the Viking Academy Trust, said: “I am overwhelmed with the very high standard of work – I think all our shortlisted artists are winners.”

She praised children, their families and staff “who worked tirelessly to make the inaugural VAT Art Award a phenomenal success.”

She added: “It is a fabulous opportunity for our children to have their excellent and thought-provoking artwork displayed in this lovely professional gallery.”

And she confirmed that there would definitely be a similar competition run by the VAT in 2020.

Ramsgate Arts Primary Head of School Nick Budge said the competition “builds on the rich opportunities that VAT children already have to be involved in the Arts, and in Art specifically.”

He said the VAT competition celebrated the Turner Prize competition and spoke of the strong ties and collaborative work between the Turner Contemporary Gallery and pupils including the ongoing Pioneering Places project, and the Frequency project devised by Turner Prize shortlisted artist Oscar Murillo.”

He praised the RAPS art team for their key efforts and enthusiasm in engaging pupils from the Trust schools and for setting a competition brief that generated “fantastic results.”