Fifty Thanet artists, poets, DJs and musicians are wanted to feature in a huge artwork of portraits as part of a global project.

Stretch Outsider Art Gallery is planning to take portrait shots of each of the 50 on November 29 and 30 at The Centre. The photos will then be created into large scale prints that will be displayed on a prominent wall in Margate.

Artists and TED prize winner JR has called for the creation of a global participatory art project with the potential to change the world. The project is called Inside Out and features large scale portrait walls at locations across the world,

Each Inside Out  work is documented, archived and exhibited online. More than  260,000 people have participated in 129 countries.

The Inside Out project has featured at Somerset House / Waterloo Bridge with more than 1,700 people having portraits taken which were then pasted on the floor,

Dean Stalham, from Stretch Outsider, is calling on people to come forward and be part of the 50 for Thanet’s Inside Out contribution.

The ‘Inside Out’ art will be part of an exhibition alongside visual art, films and installations by Kurdish artist Zehra Dogan.

Zehra is an artist and journalist from Turkey and a founder and editor of Jinha, a feminist Kurdish news agency with an all-female staff. 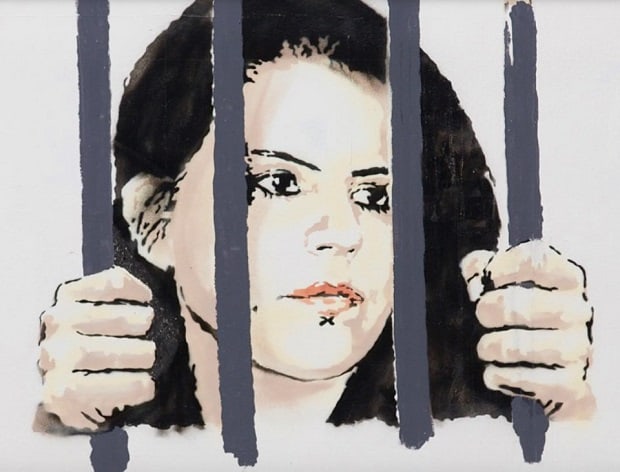 In 2017, she was sentenced to 2 years, 9 months and 22 days in prison for “terrorist propaganda” because of her news coverage, social media posts, and sharing a painting on social media depicting the destruction of a town in Turkey after clashes between state security forces and Kurdish insurgents.

Her imprisonment prompted international outcry, including a 2018 mural by street artist Banksy in New York. She was released from prison on in February this year and the following month was nominated for Index on Censorship’s 2019 Freedom of Expression Awards in the Arts category.

Zehra’s work will be exhibited at the Joseph Wales studio at 2 Dane Hill, Margate from February 1-29. The posters of the 50 will go up on a wall to be announced in late January.