A mother’s long battle to bring to court the person responsible for killing her son in a Ramsgate road accident is finally over.

Linda Appleyard had to fight a CPS decision not to bring a prosecution against Patricia Storey who crashed into 24-year-old Brett Appleyard’s motorbike in Stirling Way on October 6, 2017.

Dad-to-be Brett died at the scene of the crash despite the efforts to save him by ambulance and air ambulance paramedics.

Last week Mrs Storey, 67, was found guilty of careless driving and sentenced to a 12 month community order. She was also banned from the road for one year.

Teaching assistant Linda said the guilty verdict was essential to bring her closure over her son’s tragic death and for his daughter.

She said: “We did not want a prison sentence and it was a relief to find out that wasn’t on the cards. It was an accident and she did not set out to do it. I just wanted the guilty plea for Lucy so she can look back and see it was not her dad’s fault and he had taken appropriate evasive action.”

The fight to bring the case to court took a toll on Linda’s health as she had to twice appeal the CPS decision. She finally won after an email containing an attachment with all the case evidence and statements was accidentally sent to her.

Linda said: “It was a battle and it affected my health. Police thought they had a good case but the officer then had to tell me the CPS were not taking it to court. I was so upset.

“I appealed but the CPS wrote back saying they were sticking to their decision. I decided to appeal a second time.

“An email was then sent to me by mistake. All the evidence was attached, forensics, statements, photos from the night. I saw photos of Brett under the cover. It made me ill but I used the evidence to add three questions to my appeal.”

Shortly after Linda was rushed to hospital with acute pancreatitis but on her return home, a year ago this month, police informed her she had won the appeal and the prosecution would go ahead. 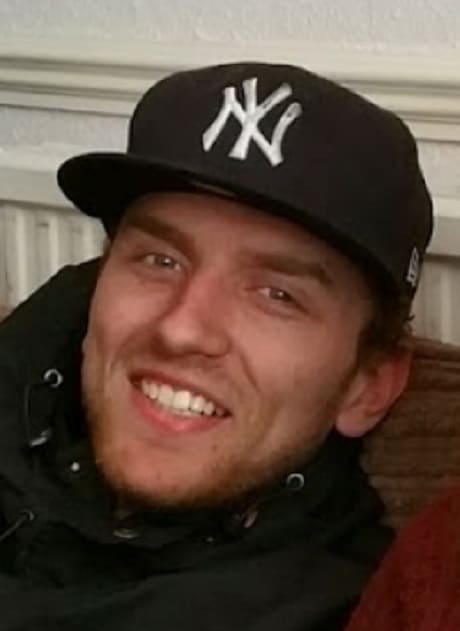 The case was scheduled for May this year but once again delayed due to a late submission on behalf of the defendant.

Finally the case came to Canterbury Crown Court this month and the jury voted unanimously for the guilty verdict.

Linda says she bears no malice towards Mrs Storey but the loss of Brett has had a massive impact on the life of herself, daughter Casey, 21, and Lottie and Lucy.

She said: “Losing Brett, I literally lost a big chunk of myself. I feel broken and just thank God that I have Casey, Lottie and Lucy. When I came out of hospital last year I told Casey I wanted to move. We had been at our house in Park Road since Brett was 18 months old. It did not feel right without him coming in and out looking for food every five minutes.

“After losing Brett I lost interest. Coping without him and coping with the house was all too much so we decided to have a fresh start.”

Linda put the house up for sale in November and moved to a new home at Westwood in August this year.

She said: “I lost a child before at 11 days old but I was at peace with that because it wasn’t at the hands of someone and that gave me comfort. But losing Brett this way, I needed to do something.

“We were there that night five minutes after the accident. We saw Brett being worked on by the paramedics from the ambulance and the air ambulance. I felt like I wouldn’t lose him because I had already lost a child once, it wouldn’t happen again. I can’t describe the shock when we lost him, at 21.21pm.

“The police and paramedics were all amazing and so respectful afterwards. I can never thank them enough but it is still so hard when I see it all in my mind’s eye.” 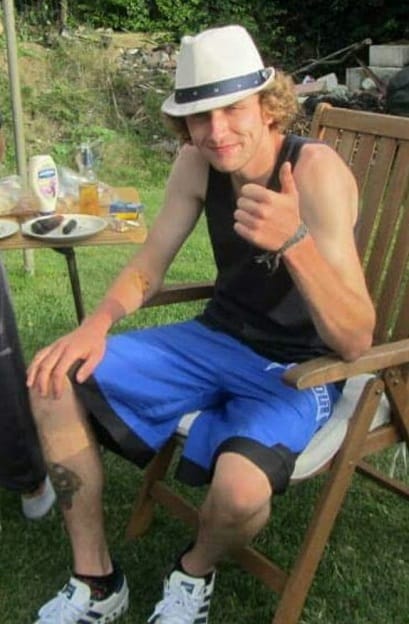 Brett had been overjoyed to be preparing for family life and happy in his job at Formula 1 garage at Westwood.

Linda said: “He had a massive heart and a massive smile and would make a positive impact on everyone who met him. As a child when we were in Ramsgate town and he would see someone homeless with a dog he would always want to go in Rooks and buy a sausage to give to the dog. Talking to his friends at his wake they said he couldn’t go past someone who was on the street without buying them a hot drink or something to eat. He would always do anything for anyone, the night it happened he was going off to repair someone’s bike.

“When the garage sent him for training at Milton Keynes he sent me a text to say he had helped a group of women get all their bags on the train. He ended up sitting with them, drinking Prosecco all the way there! He joked ‘if you have got the curls you get the girls!’

“He loved anything with an engine, he enjoyed his fishing. He was so happy and was looking forward to family life. All Brett ever wanted was to be with Lottie and to be a dad.”