Thanet Green Party  has selected its candidates to stand in the next General Election.

They are Rob Edwards in North Thanet and Cllr Becky Wing in South Thanet. 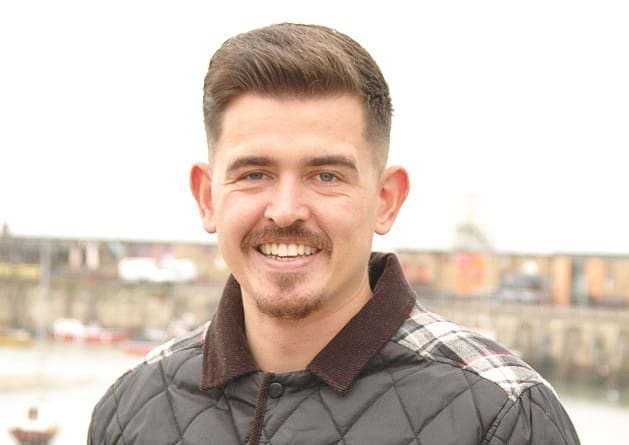 Rob is fairly new to politics but determined to make his mark! He has lived in Westgate-on-Sea nearly all his life and is committed to making a positive difference to the town and constituency.

Rob works as a Sports Club Manager and in the past has also worked at the Carlton Cinema, as a personal trainer, in professional football and in recruitment. He was active for the Greens in the 2019 local election campaign and got close to being elected in Westgate.

He’s standing because he believes North Thanet needs an MP who stands up for every person living in Thanet, rather than a select few, and to give a voice to those who find it difficult to speak up. As a younger candidate, he’s keen to try to connect with those younger people who feel disassociated from mainstream politics and those concerned about the climate emergency.

Becky was elected to Thanet District Council and Ramsgate Town Council in May 2019 as one of a team of three new Green Councillors. She’s already made an impact, campaigning for a solution to the problems at Ramsgate Port and Harbour, insisting on fair treatment for Council staff and working on environmental issues in response to Thanet’s Climate Emergency declaration.

As a permanent resident of Ramsgate herself, if she’s elected Becky wants to be to be a powerful voice for local people, to make progress in tackling the poverty and inequality that blight South Thanet, and to build on her approach in local politics of putting people and places first.

It is understood that a shortlist of Labour contenders has been reached with an announcement due shortly.

Timothy Vince has been announced as the Brexit Party candidate for Thanet.

A General Election is next scheduled for May 2022 but disruptions due to Brexit could see a snap election called as early as this year.