A Broadstairs mum-of-four has been left traumatised after a dog attack that injured her and her two pets – with one later dying.

Bar worker Vikki Mallory was out with her dogs Rafa and Lennon in July when the attack took place in Victoria Avenue.

A Staffordshire Bull Terrier mix that had already tried to lunge towards Vikki broke free of its harness, muzzle and lead and launched the attack.

Vikki, 38, said: “I saw a man and dog in the distance and as the dog spotted us it started lunging and snarling. I stopped and the man said it was ok and his dog was just a bit temperamental’ so I picked up my pace and walked past.

“As I was passing I saw and heard the dog flipping around to get out of its harness and then the man shouted ‘quick’ and I spotted the dog tearing towards us with no muzzle on.

“I started to run but only got from one side of the road to the other before the dog sunk its teeth into my older dog’s back from behind and it pulled us all down onto the floor. Rafa is an elderly dog, losing his sight and hearing, and he wouldn’t hurt a fly. 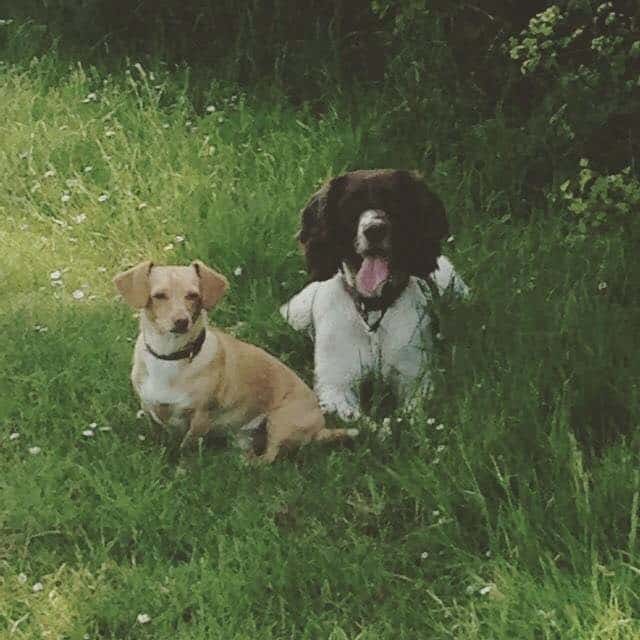 “He had a gaping hole in his back and required surgery and drains to fix it. I had managed to pick up my little dog Lennon but he suffered bruised and cracked ribs where I was pulled down onto him. I suffered a couple of small bites and lots of grazes and bruises.”

Sadly Lennon had to be put to sleep this month and Vikki says the vet believed it to be a consequence of the attack which led to tracheitis, dehydration and eventually organ failure.

The ordeal has left Vikki suffering panic attacks and unable to go past another dogwalker.

She says the dog that launched the attack was recently advertised for rehoming by TAG pet rescue.

No arrests have yet been made. 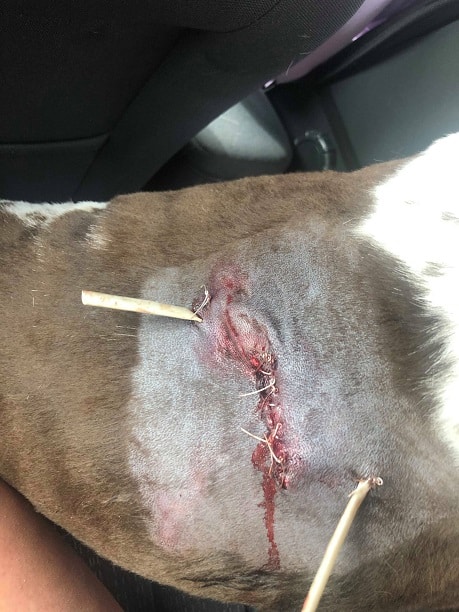 Vikki says police told her the animal could not be seized as a dangerous dog because it isn’t a pitbull breed – as she originally believed – and the owner had been invited in for interview but had not been the person walking the dog at the time of the attack.

She said: “It really seems like they are going to get away with it and the dog could attack and maybe even kill another animal or person.

“It’s absolutely outrageous. I can’t even leave my house with my dog and when I am out with someone I’m still having major panic attacks and can’t walk past other dogs even if they are on leads.”

Vikki says she is appalled that the dog is being rehomed and upset that no legal action has yet been taken despite the death of one of her pets and the injuries suffered by the other.

She added: “That dog is lethal, it was muzzled the day it attacked us and it wanted to get not just my dogs but me as well and yet it’s being advertised for rehoming again. 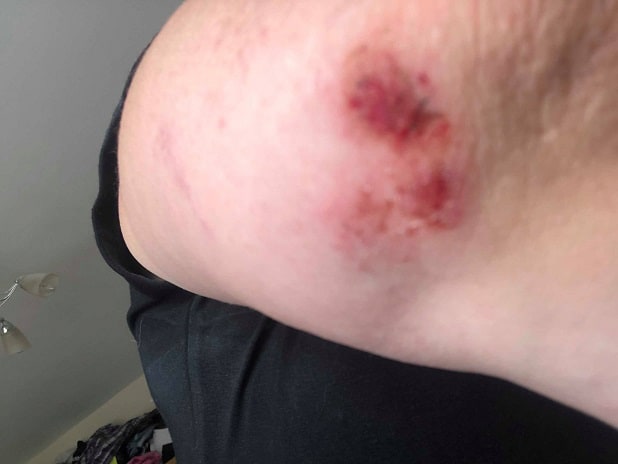 “To say my family is devastated is an understatement. My dog is now dead but a vicious dog is allowed to continue to put more lives at risk.”

The rehoming advert no longer appears on the TAG social media page. The pet rescue organisation says the dog, Amber, is now at a canine rehab centre.

They said: “Amber had been adopted by her family four years ago when she was six months old. The (facebook) post was amended shortly after it was put up asking for a mature person with no other pets, children or visiting children willing to foster Amber while working alongside a behaviourist.

“It was then taken down because we had secured Amber a place at a Canine Rehab Centre. She has not been rehomed.”

Kent Police says an investigation into the incident is still ongoing.

A spokesperson said: “Kent Police is investigating a report that a dog attacked another dog in Broadstairs on July 15. A woman was also injured during the incident in Victoria Avenue, which happened just after 9am. A number of enquiries have already been carried out by officers and the investigation remains ongoing.”