I can’t believe that in a few weeks I might have to stop thinking of myself as a European citizen.

Growing up in the West Midlands in Wolverhampton the place was full of Europeans. We had a mad neighbour who’d been in the Dutch resistance and had no fears of climbing on his roof or driving home-made motorcycles very fast as he’d spent the war risking his neck facing much greater dangers.

I had a German physiotherapist who helped to get me walking again after polio. My Southern Irish uncle, the doctor, married my dad’s sister, and turned her into a catholic to the scandal of the Salvationist wing of my family.

My best friend in school was Polish. Her family had come as refugees along with thousands of other east Europeans. I learned to love pyroggi and Polish cheese from the exotic deli that opened up to serve the new residents.

The Second World War threw large parts of Europe up in the air and many landed in the West Midlands factories as that’s where the work was.

So, I was used to the idea that we were part of Europe. When West Indian and Asian people arrived – for the same reasons, jobs in the thriving industries and services – it wasn’t a particularly new experience. 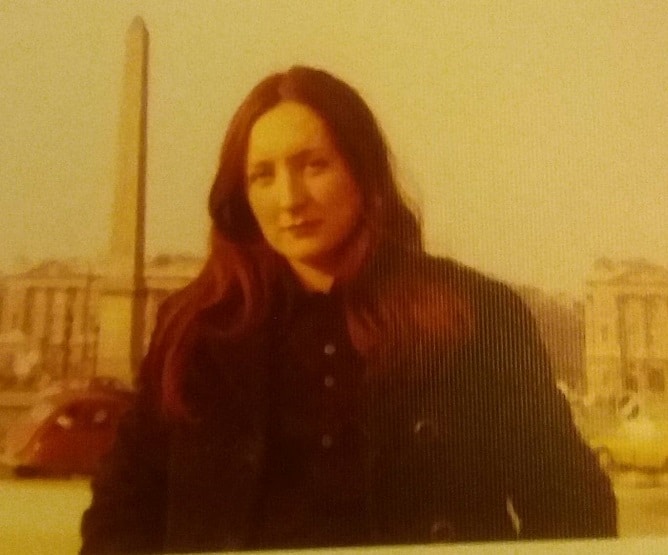 In the 70s it was my turn to migrate. I went round the world, lived in Japan for a while, and finished up teaching English in Paris. I noticed how clean and prosperous it was compared with when I’d been in the 60s when it seemed a very grubby city with peeling posters on the walls and litter everywhere.

I was teaching Parisian businessmen English on a one to one basis because the edict had come down from the French government that they all had to learn English. I discovered a lot about human motivation – I’ll never forget my naughtiest middle-aged pupil, who would shrug gallically and say “teach me if you can!” (in French of course). I won…..

Even though it was a low wage job (the boss of the language school at one point said that just being in Paris should be reward enough) I was properly employed so had to go through a medical to get the French equivalent of a national insurance card. I remember going for a chest xray on the wrong day and finishing up with a bunch of bare chested blokes and having to explain in my terrible French why I was there and why I wouldn’t take my shirt off.

Conditions improved after we teachers joined a French trade union, my first experience of industrial action. More money and holiday pay! It was easy to get a job in France because by that time we were in the European Union.

In 1974 I went home to vote in the referendum to stay in Europe. I didn’t think twice about it – I felt like a citizen of the world so Europe was just a first step in international unity.

Nearly 50 years later I’m still keen on being in Europe. Good employment rights, peace, free movement between countries, co-operation rather than conflict – why mess with that?