The judgement in the legal challenge to the way the Government changed the pension age for women will be announced on Thursday (October 3). .

In June Backto60 brought the judicial review case to the Divisional Court, which examined whether 3.9 million women born in the 1950s were appropriately communicated with regarding changes to the state pension age that result in a later retirement.

Up until 2010 women were eligible for their state pension when they reached the age of 60 but changes have seen this rise with the age at which women qualify for the state pension moving up to 65 and then 67.

Backto60 and Waspi campaigners say women born in the 1950s have been unfairly hit, did not receive proper notice and many have been left in poverty. 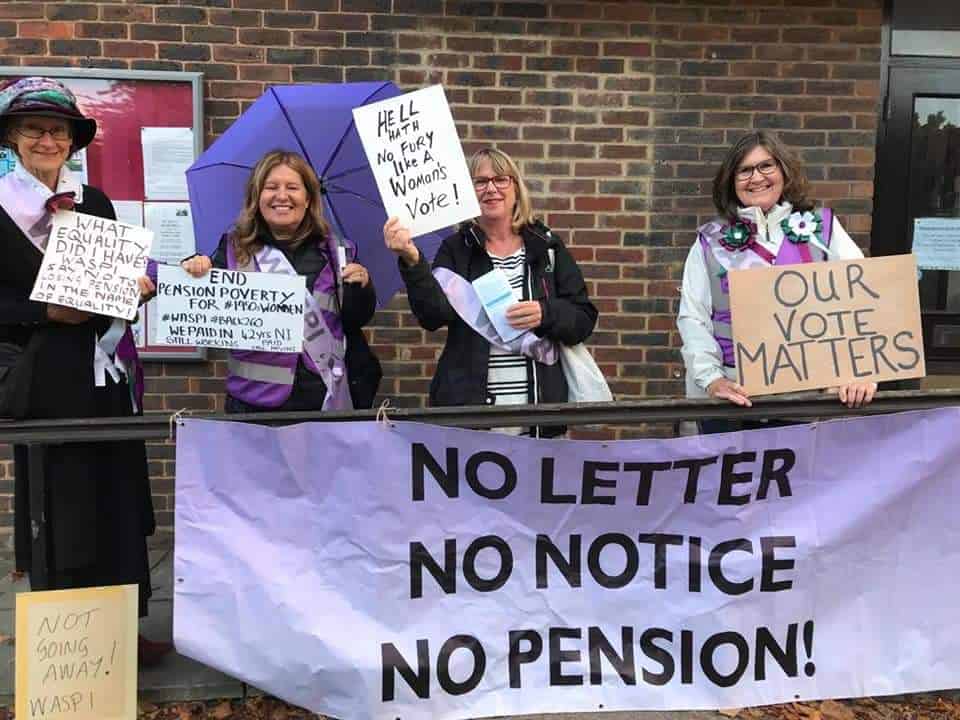 They are calling for this cohort of women to receive their state pension from the age of 60.

Scores of Thanet women are among the members of the Women Against State Pension Inequality (Waspi) 2018 east Kent branch which says it supports the Backto60 case.

Several of those Thanet women will be in London to hear the judgement this week and the East Kent Waspi campaign is calling for a swarm of women to travel to the capital.

We Paid in You Paid Out. One Voice, Women of Wales and many hundreds more local group members from all over the country will be converging on London in the hope that they will have justice in what could be a historic decision.

Local East Kent Waspi Coordinator, Penny Anne Wells said  “We are hoping for positive outcome from the Judicial review, but whatever the decision we will continue campaigning for a speedy resolution. Women are struggling and need action now.” 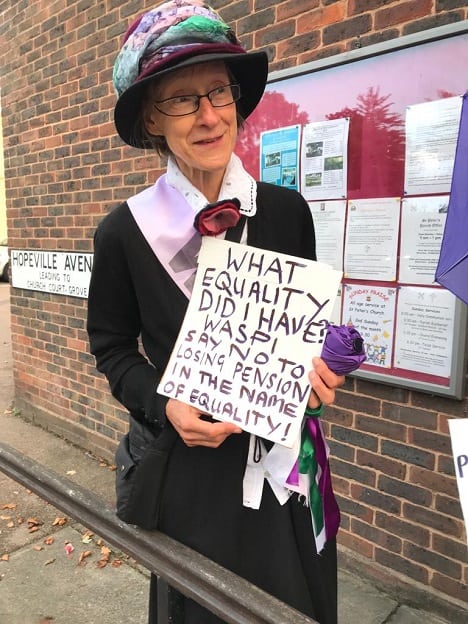 Waspi say the changes were not publicised after a decision in 2011 to bring them forward, leaving many women unprepared and facing devastating hardships.

The government says the aim is to bring the retirement age for men and women in line. Increasing life expectancy means the government needs to make pension payments later in a person’s life.

East Kent Waspi campaigner Dee Wild says the changes mean she has lost out on 6 years of pension, at a cost of £51,000, and did not receive a letter telling her of the changes.

She says she also lost out on the chance to claim pension credits and is living on her savings.

Dee, who writes The Persistent Pensioner blog, said: “This judgement could make or break the hearts and lives of up to 3.8 million women who have been severely affected. The court case itself was crowd funded by the women from all 1950’s women’s groups, some giving just small amounts as that was all they could afford, but the strength of feeling was quickly demonstrated by it taking only four days to raise the £40.000 courts fees.”

East Kent Waspi women were aso present at a local meeting recently to remind Conservative MP for Thanet South, Craig Mackinlay, as a former Pensions Committee member who promised support for the cause, that women have  the vote and intend to use it.

Thousands of women are also taking the DWP to the Ombudsmen in a mass maladministration complaint, which was put on hold during the Judicial Review.

Read here: Living on £1 a day for food and sleeping in the car – stark impact of women’s state pension age changes