Literature festival Margate Bookie is back for its fifth year, with a line up that’s bigger and better than ever.

Top names include Tom Jackson, the man behind the cult Twitter and books Postcards From The Past. Travis Elborough, author of Wish You Were Here and described by The Guardian as ‘one of the country’s finest pop culture historians’ discusses working class culture alongside Melanie McGrath, writer of Pie and Mash down the Roman Road. And in an intoxicating hour of burlesque, ballet and banana dancing, SelfMadeHero and Dr Sketchy’s Anti-Art School team up for a unique life drawing experience. 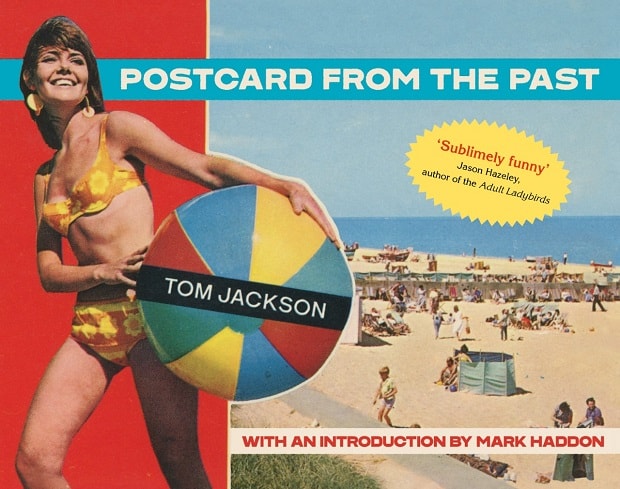 You’ll get a chance to meet superstar psychological novelists like Nicci Cloke (Toxic), Sunday Times No 1 Bestsellers Renee Knight (Disclaimer) and Lesley Kara (The Rumour), as well as SJ Watson who wrote Before I Go To Sleep which was turned into a movie starring Nicole Kidman and Colin Firth. PJ Whiteley and his band play the music that inspired his third novel, A Love of Two Halves.

Sebastian Baczkiewicz, author of Radio 4’s Pilgrim, shares trade secrets on how to write drama. In How to Perfect Your Submission, Scott Pack of Guardian Masterclasses offers practical advice on how to pitch your book to agents and publishers. In their latest workshop applying the science of happiness to creative writing, Elise Valmorbida and Vanessa King explore how to engage your senses to write freely. Graphic novelist and team builder Meirion Jones presents his unique course The Graphic Experience.

The festival supports local writers as well as big name authors. There will be a mask workshop with Annie Sutton, group storytelling and rope making from the Listening Post and Waste Land Walking Group, and special movie shows at the Margate School. Local writers will read from their latest works, from comedy to yoga, love stories to local history, and everything in between.

Comedy writer Dale Shaw (Russell Howard’s Good News, That Mitchell and Webb Sound), musician and author Marianne Dissard (Not Me), Maggie Harris (In Margate By Lunchtime) and many more will also feature.

The festival takes place from November 22-24 and coincides with the Turner Prize being resident at the Turner Contemporary.