As the old adage goes, a house can tell a thousand stories and when music teacher Morag Butler moved to Margate punters flocking to her venue were regaled with  tales.

Thanet cabbies picking up gig goers for Rosslyn Court in Sweyn Road would cheerfully recall dropping customers off there when the building was rumoured to be a ‘house of ill repute.’

Morag and Chris, who works as a counselor,  relocated from Surrey two years ago after visiting Thanet for a holiday.

“We were going to visit New Orleans but I needed a hip replacement so we asked friends for recommendations in the UK and someone mentioned Broadstairs. Chris went on the coastal walks and discovered the Loop bus. I loved Margate for the independent shops and the Old Town and thought ‘we have to move here’,” explained Morag. 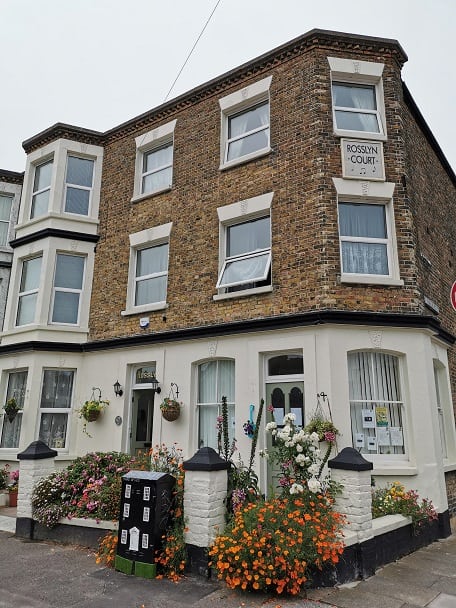 After selling-up they lived in a camper van for a few months before moving into the former House of Multiple Occupancy (HMO).

“There was a lovely vibe to it (the house) and perfect for what we wanted to do, we both trained as carpenters so took on some of the renovation work,” she said.

They were  soon overwhelmed by the  community spirit as curious neighbours came to chat. “People would just come and chat to us while we were renovating the sash windows, we really do love it here,” Morag said.

A trip to the monthly Cliftonville farmers’ market resulted in an impromptu gig at the venue as Morag ended up chatting with Libertines frontman Pete Doherty, who had moved with the band to build and renovate the Albion Rooms on Eastern Esplanade.

“I was with my granddaughter Jasmine,  and I remember he was on a sort of hoverboard; as we share the same builder I started talking with him. I said to him that I was opening a music venue too, he said ‘what are you doing tonight’ I panicked and said I was busy so  we rearranged another day. I said to Chris, ‘Pete Doherty is playing here later!’ Fans from as Glasgow came down for the gig and it was a great atmosphere. Pete is incredible with the crowd and is very generous.” she explained. 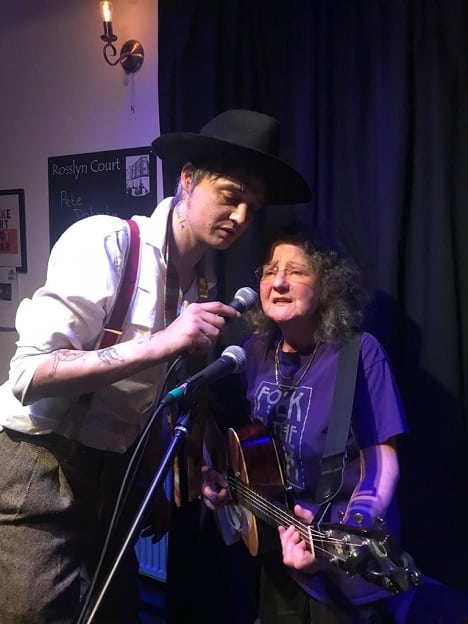 Morag even opened for the former Babyshambles singer after he rocked up two hours late and has since held other gigs where they have jammed together. It was  Libertine’s  bandmate Carl Barat’s idea for Morag to obtain an alcohol licence.

Thanet’s ‘broken-folk’ duo Lunatraktors played the very first gig and other folk artists including Martin Carthy have played in the small venue.

As well as hosting many workshops they are looking forward to hosting Bob Fox in September and Americana duo, Allison DeGroot and Tatiana Hargreaves in November.