East African wildlife is featured among the pieces of art currently on show at Lovelys Gallery in Clitonville,

Works by the late Paul Mullen, of Cliftonnville, have been submitted for the open art exhibition running from now until September 21

Paul lived in Tanzania for more than 40 years from the age of seven. At a young age he joined the Donovan Maule Theatre in Nairobi and was involved in both acting and painting elaborate theatrical sets, as well as making props.

He also exhibited his models and in 1956  was commissioned by the East African Tobacco Company to make a clipper ship model. Other creations included paper sculptures, matchstick models and an Eiffel Tower with working lifts. 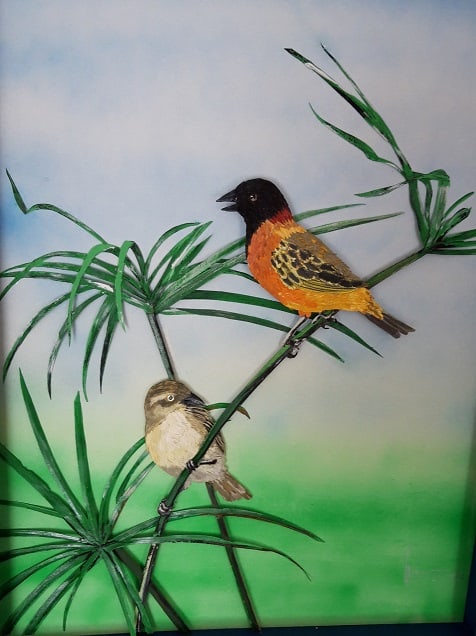 In 1988 he returned to the UK with his family and starting creating work in 3D featuring African wildlife and people.

Paul was married for almost 40 years to Sharon, had two daughters, four grandchildren and a great-grandchild. He passed away in 2006.

His family have submitted four of his pieces to the open art exhibition.