A pregnant mum of three from Thanet says she is concerned for her children’s health as her family are being forced to live in a “flat from hell”.

Charlotte Snook is living in small two-bedroom council accommodation in Minster which she says is “soaked with damp and mould”, affecting every room.

Her 10-year-old son Harry suffers from asthma and she and the family doctor say his condition is gradually getting worse due to the mould. Her daughter Carly,12, won’t live the in the flat during the school holidays and is staying with Charlotte’s mum in Broadstairs.

Her youngest daughter Sophie, aged two, sleeps with her mum and partner Shane, but their new mattress is already damp. They bought a new cot a month ago, but that is already affected.

Charlotte has had to call an ambulance because of breathing problems caused by the mould.

The 32-year-old, who is 15 weeks pregnant, has lived in the flat for 10 years but says the damp and mould issue began five years ago. Since then she makes sure always to use a tumble dryer rather than hanging washing indoors and has had numerous mould washes, extra vents installed and used fans but the problem continues.

She says the issue is exacerbated by so many people living in such a tiny space.

The QEQM security guard, currently unable to work due to her pregnancy, says she and partner Shane and the children are now desperate to move but have been told by the council there is at least a one year waiting list for alternative accommodation.

Charlotte said: “It is the flat from hell. Every room is in a terrible state with damp and mould and all our furniture, bedding and clothes are wet. The bathroom is the worst, we had a mould wash in there five days ago and it is already coming back. 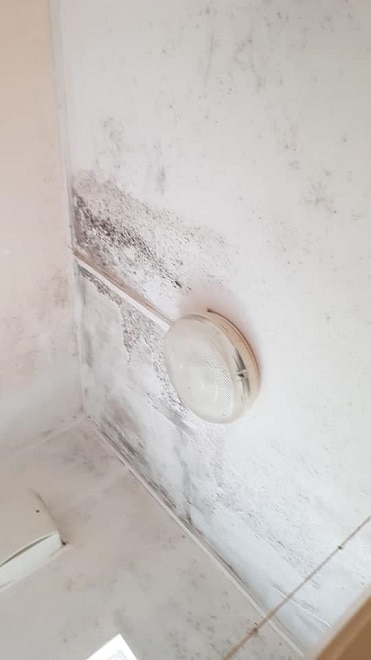 “The council say we need to have vents in every room but the people coming out to fit them say it might help but it won’t solve the problem.

“When and if we move we will have to replace everything, but it’s the health of my children that really concerning me.

“The family doctor said Harry’s asthma is getting worse due to the conditions and when my mum comes over to visit she can only stay for 20-30 minutes and then has to leave. No family should have to live in these conditions.”

A housing officer has been to visit Charlotte to discuss her property issues and housing needs, including any additional support that may be required, but says she is not eligible for a management move –  which is being rehoused in exceptional circumstances such as not being safe in a current property. 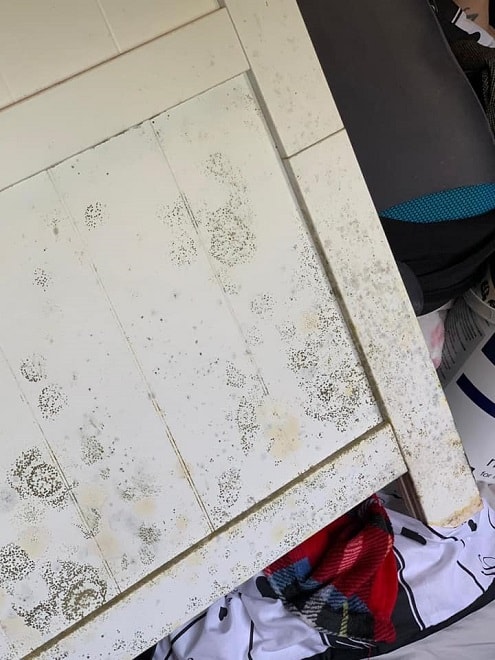 Charlotte says efforts to rent privately are hampered by her being unable to work at the moment and then having enough income to save a deposit.

A Thanet council spokesperson said: “ East Kent Housing (EKH), who provide our social housing management services, are in contact with the resident and have already carried out a full damp survey which showed that the problem is likely to be condensation.

“They are in the process of identifying the work that could help and, as part of that, carried out a mould wash last week. An additional mould wash is being done on August 27 as well as an extractor fan appointment.”