Thanet council says it has now requested a court date for the removal of a Traveller group at the Marina Esplanade car park in Ramsgate.

The group initially arrived at the site on August 12 after being removed from Dane Park and the Oval Lawns.

A Thanet council spokesman said: “We are aware of the traveller group at Marina Esplanade car park. Council officers have visited the site and conducted the necessary welfare checks.

“As there were no welfare concerns a Section 77 Order was issued. As the site remains occupied, officers have now requested a court date. ”

Ramsgate mayor Raushan Ara has emailed Thanet council with concerns that the encampment could cause issues for those attending the British Freestyle Kitesurfing Championships on the seafront this weekend.

She says the authority must consider implementing an authorised camp on the isle. 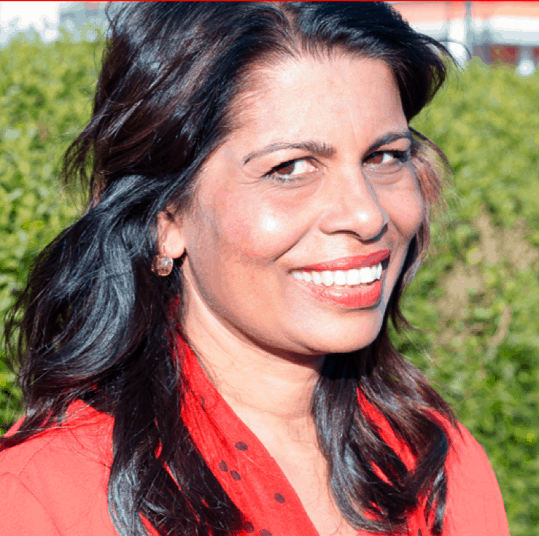 In her email she said: ” I have been informed by local residents that there are more illegally parked caravans in East Cliff by Ramsgate seafront. As you may be aware the International Kite Surfing and other events are taking place this weekend and parking spaces will be must.

“Due to upcoming events in Ramsgate and the fact that this is a public short use car park, the disruption caused by the travellers will be considerable.

“Tourism is one of our main forms of income and not having places to park impacts upon this. There is also the nuisance caused to residents by this group and improper disposal of rubbish.

“It is imperative that the situation be dealt with as swiftly as possible.”

Cllr Ara added: “The”problem with the visiting travellers has been around for several years now. Complaints about littering, human waste, and the lack of accessibility to our open spaces come every year, and the council seem to do very little about it, other than just clear up the mess.

“Clearly, what is needed is a designated traveller site. One with space for their caravans, toilet and washing facilities, and waste disposal arrangements. Other councils in other areas provide somewhere, we need to do the same.”

UPDATE: A social media post from the Thanet safety Community Partnership says: “We have secured a date at court for removal of the Travellers at Marina Esplanade Car Park in Ramsgate which will take place next week.

“Due to the bank holiday and other priority cases, it was not possible to have this case heard sooner.”

An update from the council’s Travellers Review sub committee is due on October 22. The  Overview and Scrutiny committee meeting will take place at the council offices in Cecil Street from 7pm. Members of the public may attend. 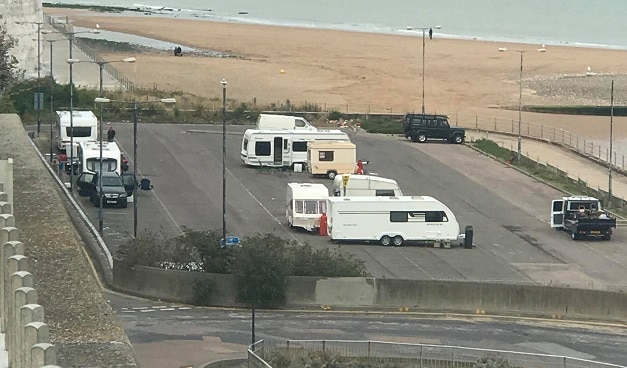 Unauthorised camps have risen from two in 2013 to 50 last year and more than 40 this year so far.

The spokesman said: “It would appear that there is a need in Thanet for authorised sites to be built. We would recommend that the district council and local authority work with the Traveller community in the area to identify land that would be suitable for building new sites to accommodate these residents.”

There are currently no authorised pitches in Thanet district. The nearest pitches are in Dover and Canterbury.

A report commissioned by Thanet council says the district should provide five Traveller pitches -to accommodate 10 caravans – in the five year period up to 2022 and then an additional two pitches – equating to four more caravans- by 2031.