Three people have been arrested in connection with county line drug dealing after Class A drugs and an asp were seized by officers at a Ramsgate property.

A warrant was carried out at the property in Townley Street during yesterday morning (August 20).

Officers found an estimated 13ozs of Class A drugs, containing at least 800 wraps of suspected cocaine and heroin, some of which was hidden in the wall of the building.

Items linked to suspected drug dealing, including mobile phones and weighing scales were also recovered at the scene. 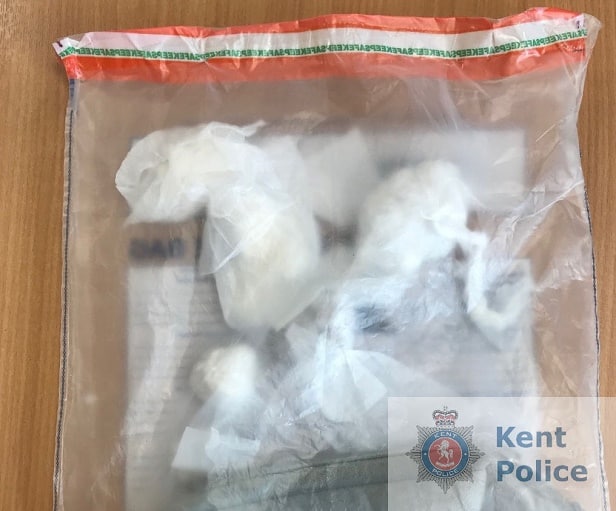 A 29-year-old man from Liverpool and two women from Ramsgate, aged 25 and 27, were all arrested on suspicion of being concerned in the supply of controlled drugs.

They have been released under investigation.

Kent Police has Operation Raptor teams covering the entirety of the county and these teams are tasked with disrupting and dismantling criminal activity linked to county lines, drugs and the exploitation of vulnerable people.

Read here: County Lines gangs preying on Thanet youngsters and the work being done to tackle them