Thanet council will not be putting temporary loos in Margate this Summer.

The authority installed the temporary loos on Margate seafront during the May bank holiday because of the closure of the Clock Tower toilets  after a pre-season inspection found them to be unsafe for public use due to structural issues.

The toilets flooded following a major leak which has also damaged the ceiling and tiles. Incoming water meant the electrics were condemned.

But it has now been confirmed that loos will not be hired for the summer season.

A Thanet council spokesperson said: “Despite the closure of the Clock Tower toilets, we will not be adding temporary loos in Margate this summer.

“There are already several existing facilities within the town that people can use. If there are events, the organisers are responsible for providing additional toilets if it has been set out as a requirement by our safety advisory board.” 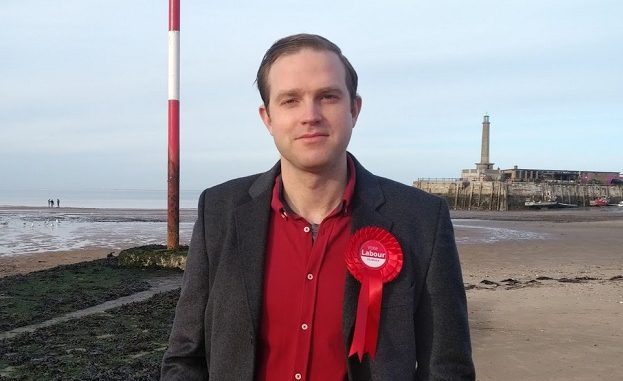 The closure of the Clock Tower facilities prompted a petition organised by Labour councillor Rob Yates  requesting that Thanet District Council immediately rescinds its decision to close the toilets.

Cllr Yates said of the latest decision: “It is outrageous that the council is saving money by closing toilets and then not even putting up temporary loos.

“TDC continues to ignore the need for temporary toilets at the closed clocktower toilets in Margate in peak holiday season. The situation is maddening. Just last week I was promised by Gavin Waite, who runs operational services at the council, that the harbour arm toilets would be improved in the next few days. Nothing has been done!

“As a new councillor, I find it very upsetting that the head of operational services is misleading new councillors and I hope that this will be rectified quickly. What is the point of beautiful blue flag beaches when there are not enough adequate toilet facilities. “
The toilet closure was also the cause of a public protest outside the council offices in Margate in April. 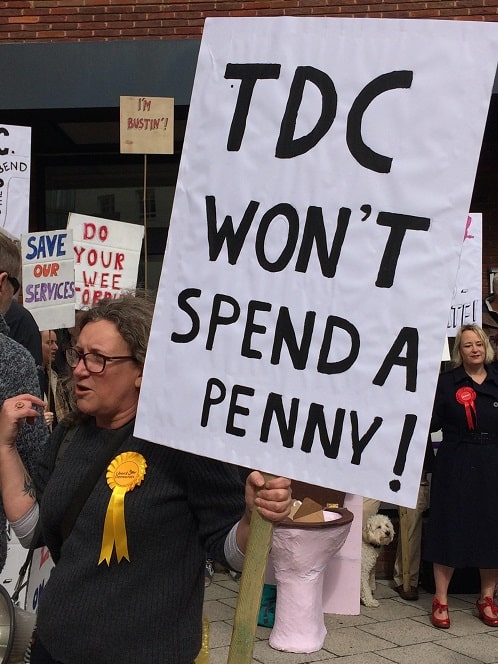 However, the facilities will not be reopened.

She said, instead a ‘strategic approach’ to public toilets across the isle is now being undertaken.

Cllr Ashbee added that reopening the clock tower toilets “would not be cost effective” as a spend of several thousand pounds would be necessary.

Cllr Yates  said money saved on water bills and maintenance at the Marine Drive toilets should be spent on temporary facilities- especially with the imminent Turner Prize and the influx of some 250,000 visitors expected. He also asked for locks on the ‘disgusting’ Stone Pier toilets.

The Isle of Thanet News revealed in February that public toilets across the isle could be closed in favour of a ‘community loo’ scheme with local businesses or facilities transferred to town councils.

Councils are not required by law to provide the loos and continuing cuts to local authority funding have resulted in public toilets plunging by more than 600 across the country since 2010.

The toilets at Buenos Ayres (by the TS Eliot shelter) and on the Harbour Arm in Margate remain open.