Police are investigating a report of theft of a distinctive ‘Desperate Dan’ van.

The vehicle, which is sign written with the Desperate Dan cartoon logo was taken in the early hours of Monday morning (July 8). 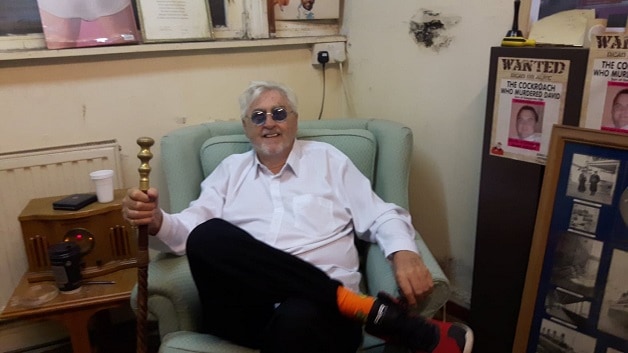 The 79-year-old, who has spent some 11 years campaigning to find and bring to justice the person who killed his son David in 2008,said: “I hoped they dumped all the rubbish for me.

“It was taken from a little close full of elderly people. I was told they took food from one of the bungalows, golf clubs from another and a pair of sunglasses out of a car.”

Scaffolding boss David O’ Leary was 31 when he was gunned down at his home in Lydden, Margate.

In the 11 years that have passed no-one has been charged with the murder.

A Kent Police spokesman confirmed officers are investigating the van theft but said reports of break-ins in the close had not been received as yet.

He added: “Officers are investigating the theft of a blue Ford Transit van from Kingfisher Close, Margate that took place between 3am and 6am on Monday.

“Anyone with information that may assist the investigation is asked to call Kent Police on 01843 222289 quoting crime reference 08-0298. Alternatively, contact the independent charity Crimestoppers anonymously by calling 0800 555 111 or using the anonymous online form at Crimestoppers-uk.org.”