Police and Thanet council have been notified following the arrival of a Traveller group on fields at the rear of Newington primary school.

The group set up on the fields yesterday (July 7) and are understood to have moved from the Westcliff. A separate group who had been on Dane Valley Green has now vacated that site.

Complaints have been made of rubbish and faeces being thrown over the fence into the school play area.

The issue of Travellers setting up unauthorised camps is due to be raised at Thanet council on Thursday (July 11) by Dane Valley councillor Gary Taylor. He will be asking how the new administration is going to tackle the expensive Traveller incursions. 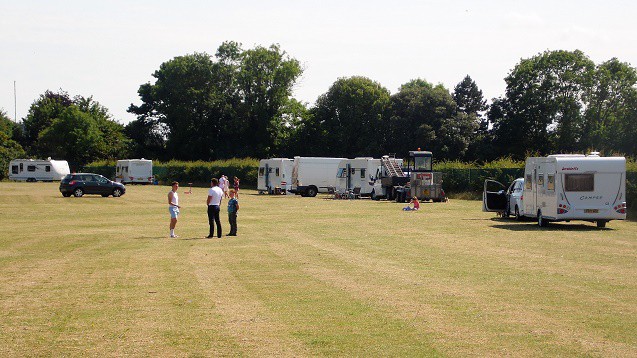 There are currently no authorised pitches in Thanet district. A report commissioned by Thanet council says the district should provide five Traveller pitches -to accommodate 10 caravans – in the five year period up to 2022 and then an additional two pitches – equating to four more caravans- by 2031. 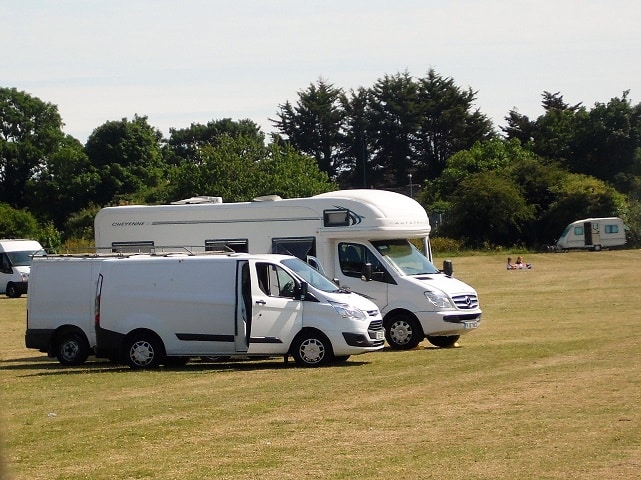 There were 50 unauthorised camps in Thanet last year, compared to just two in 2013. There have been at least 20 this year, mainly consisting of groups moving from one isle site to another.

There have also previously been calls for Negotiated Stopping – a contract between mobile Travellers and councils that allow the Travellers to camp for up to three months on specified areas of vacant council land.

In February Thanet council said an authorised site could be considered. The spokesman said: “Legislation states that the provision of authorised sites is the responsibility of the county council, which is KCC. There is some consideration being given to whether there needs to be an assessment of the level of provision required.”