A service will be held next week to remember a ‘kind and gentle’ man who spent much of his life capturing others from behind the camera lens.

The dad-of-one, from Broadstairs, was born in April 1939 in a cottage in West Dumpton Lane to parents Fred and Winifred.

Shortly after leaving Hereson Boys School he began his career at the East Kent Times, initially working as a cub reporter.

Adventure called and John and his friend Ken Archer travelled to America to ‘find their fortunes.’ The pals settled in San Francisco but a lack of available work meant John returned and took up a role with the legendary Sunbeam Photos in Margate.

When a vacancy came up at the East Kent Times John returned, as a photographer, working his way up to chief photographer before the paper closed down in January 1981.

He went on to work at Adscene in Canterbury until 1999 and then took a part-time role at the Isle of Thanet Gazette in advertising until retiring in 2004. 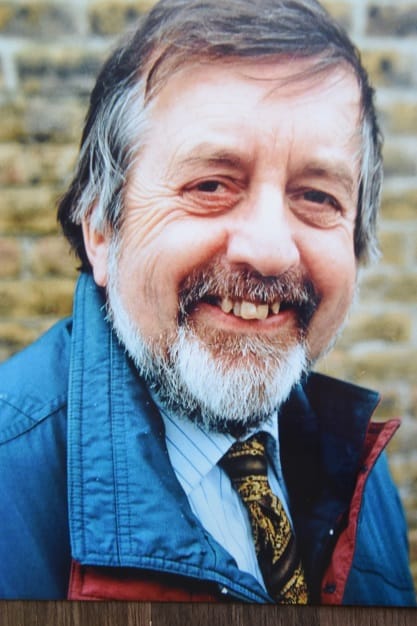 John met his wife-to-be Annette while he was at the East Kent Times and the couple married in 1976. In 1986 the couple had their son Simon.

Adventures after the America trip included John and Ken travelling to Greece on a Triumph motorbike and sidecar, driving to Munich beer festival in John’s old VW Beetle and motoring to Scotland in an old London taxi.

John suffered ill health through his life due to whooping cough as a baby which damaged a lung. After retirement he underwent a triple bypass but thankfully returned to full health and  spent many happy times with retired snapper Keith Brooking, retired reporter Tony Hodges, retired cameraman Martin Graham and retired soundman Len Tremble – nicknaming themselves the Broadstairs Old Gits or BOGs for short.

In retirement John looked after his mum-in-law while Annette was still working for Canterbury Court Service, enjoyed Dad’s Army on the TV and doing crosswords and took much pleasure from watching the birds feeding in his back garden. He befriended a pigeon, naming it Rusty, an a seagull he named Brenda.

Annette said: “John was a kind and gentle man. He loved being a photographer, preferring black and white rather than colour and film, not digital. He was a home-loving man, a kind man impossible to dislike, who was happy to go in life wherever he was taken.”

The service for John will be held at Margate Crematorium on Thursday, May 30 at 3.15pm. Donations to the RSPB are requested.