A remarkable century from Scott Narraway saw Broadstairs home with a wicket to spare in a thrilling encounter against St Lawrence and Highland Court. In a match full of twist and turns that would fully test the character of the newcomers to Division 1, a depleted Broadstairs side rose to the challenge to record a famous victory.

Earlier in the day, having won the toss and electing to field, it was looking like plain-sailing for the hosts as St Lawrence and Highland Court slumped to 36-4 with Kent professional Darren Stevens (14) back in the hutch. The pace of Masoud Rangin combined with the pinpoint accuracy of Bradley Ellison seemed to be too much for the visitors who would need to rely on their overseas all-rounder Justin Watson to rescue the situation. When he lobbed a catch to cover with only a handful of runs added to the total, the match looked all but over. However, the simple chance was squandered and despite the loss of his partner and skipper Will Hilton, Watson rode his good fortune and over the subsequent 20 overs, reached a century before eventually being dismissed for 118, bowled by Chris Kidd. With the score at 183-7 and 13 overs still remaining, further damage would be inflicted by the tail-enders and St Lawrence and Highland Court finished their innings on 267-9, a score that looked wholly unlikely 2 hours earlier. Broadstairs took some comfort from the fact that even if they were to be defeated, they would have secured maximum bowling points, with Rangin (3-45), Callum Morgan (2-14) and Ellison (1-22) the pick of the bowlers. 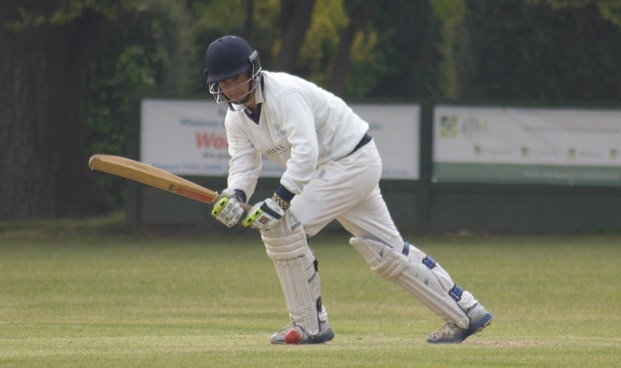 The Seasiders’ reply began in lively fashion with openers Chris Flint and Jack Wheeler appearing to score at will against the bowling attack of Watson and Ben Trott. However, with the score at 21-0 in just the 4th over, both Flint (17) and then Wheeler (8) succumbed in quick succession and it would be down to Narraway and Morgan to re-build the innings. This they did and when Morgan (11) was caught in the 16th over and the score on 71-3, still around 200 short of the target, the home side could at least expect to pick-up some additional batting points. At this stage, the tide began to turn as Matt Frewin joined Narraway at the crease and they quickly established a highly productive partnership, looking secure in defence and punishing the bad deliveries. This partnership would last for 16 overs when Frewin eventually departed for an impressive 64, trapped LBW off the bowling of Trott. Together, they had advanced the Broadstairs total to 165-4 and the prospect of maximum bowling points from what was still looking a likely defeat became a real possibility.  As would become clear during the remaining 16 overs however, Narraway had higher ambitions. 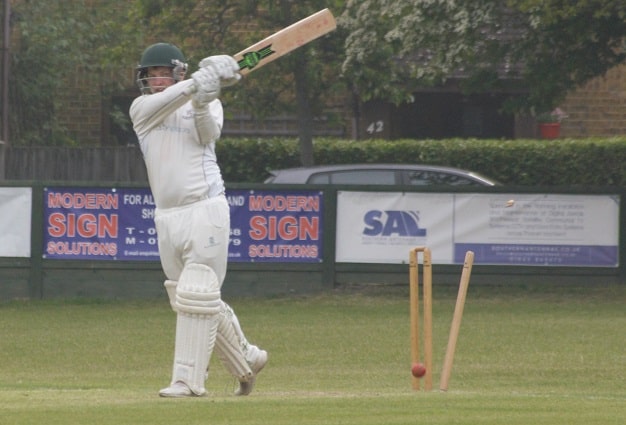 In a succession of partnerships with Jamie Dewell (1), Alfie Huntley (4) and most notably Ian Marshall (10), Narraway started to show the hitting power that spectators at Park Avenue have become accustomed to over the years. When Marshall was dismissed in the 44th over, Broadstairs had reached 210 with Narraway on 72. The very slight possibility that the home side might contrive a victory from this situation appeared to be snuffed-out as Kidd (1) and Ellison (2) were caught in rapid succession. A key milestone of 225 for maximum batting points had been reached and this was the trigger for Narraway to shift into over-drive. Rangin (8*) as last man played his part, hitting a 6 with the second ball he faced and then letting Narraway take the lion’s share of the strike. 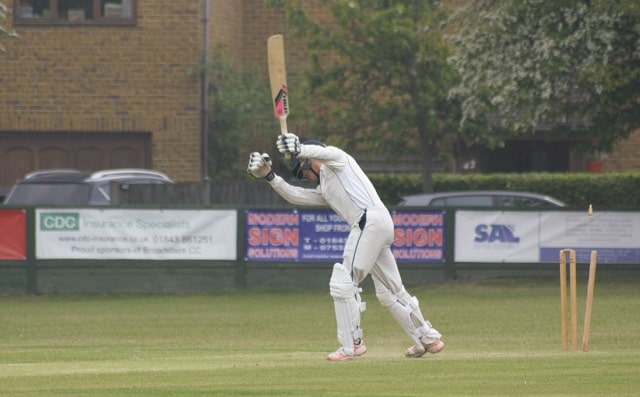 With an exhibition of aggressive play under pressure, Narraway reached his century but there was still work to be done. At 260-9 and just 2 overs remaining, the match was in the balance and there an eerie hush descended on the ground. The pressure started to release when the visitors gifted 5 wides early in the 49th over and then, quite appropriately, Narraway (114*) completed the job with a six through mid-on. The victory that had once seemed nailed-on and then wholly improbable was achieved – a match that will not be forgotten for some time to come. 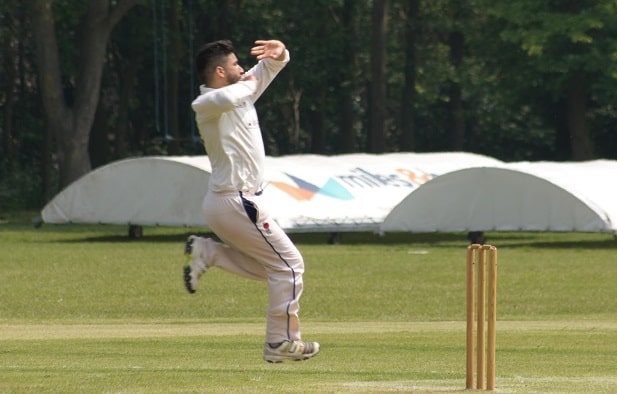 On the back of this welcome win, Broadstairs return to action next weekend, travelling to Linden Park where they will hope to build on their success from this week.

BCC 2 XI travelled to Dartford for the second away game of the season looking to make amends for the loss last weekend. With availability being low this week the team arrived hoping to come away with some points. The toss was won by BCC and the decision was to bowl, planning to restrict Dartford to a score that was achievable with the bat.

Fox and Vikas were given the task of opening the bowling, with Dartford getting off to a flyer thanks to BCC gifting Dartford with a number of wides. Nathan was unlucky not to pick up an early wicket when an edge was put down in the slips. It was Vikas who came up with the magic when their opening batsman lofted a drive into the covers only to be caught by McCormick. (Looked like a Jester with the juggling that ensued) Vikas then bowled their number 3 and the scoreboard was starting to look a little more respectable following the good start that Dartford had made. McCormick replaced Fox, picking up 2 wickets (1 LBW and the other caught by Day at midwicket). Vikas finishing with figures of 2 for 41 off 9. A. Ellison took over and was quickly into his stride picking up the 5th wicket stumped.

This led to a rebuilding from Dartford who managed to take the score from 100 for 5 at drinks to 219 for 6 with Marshall coming on to claim 2 wickets (1 bowled and the other caught by Bailey) and Fox returning to claim 1 (bowled) before the prodigal son Andy Bailey (1st game in about 2 years) returned to bowl the penultimate over. It didn’t start well, but with a run out from deep by McCormick and a bowled wicket by Bailey, the innings came to a close at 247 all out off 49 overs.

After a decent tea, BCC had a mountain to climb with the target set at 248 to win. Bailey and Hewitt walked out with confidence knowing that the pitch had held up nicely and looked like there were runs to be had on it. Bailey unfortunately adjudged caught behind for 2, bringing Fox to the crease. Hewitt playing his usual game, getting the team off to an absolute flyer with a quickfire 43 (including 7 fours). Both Fox and Hewitt pushing the score on to 77 before Hewitt was stumped. Bond joined Fox and the 2 of them kept the scoreboard ticking getting to drinks with the score at 142 for 2. A little scare with both Fox and Bond giving a chance in the 26th over, was the only blip in a well constructed chase by both batsmen. Bond using his experience and guiding the young Fox through his innings until the score was 246 for 2 off 47 with Fox on 99 and Bond on 66. Fox finishing the innings off with a late cut through backward point for 4 to not only claim the win for BCC, but also to get to his maiden century for BCC 2 XI. The final tally being 250 for 2 with Fox on 103 not out and Bond 66 not out.

MOM this week going to the young Nathan Fox for his well paced 103 not out. A special mention to James Bond for his supporting role which included a number of 3’s being run. An incredible win in the end for the BCC 2nd XI, which leaves the team well placed in the league after 3 games.