Residents in Cliftonville’s Athelstan Road are no longer having to navigate their street using torches at night after Kent County Council(KCC) saw the light and reset the LED lamppost fittings.

Members of Athelstan Road Tenants & Residents’ Association (ARTRA) have been campaigning for six months asking council bosses to take action to stop their street being plunged into darkness because of a lack of street lights and low light settings.

“It’s important for Athelstan Road to be adequately lit, so that the community can walk on the pavement after dark without having to use torches to see where they’re walking. That was an impossibility.” 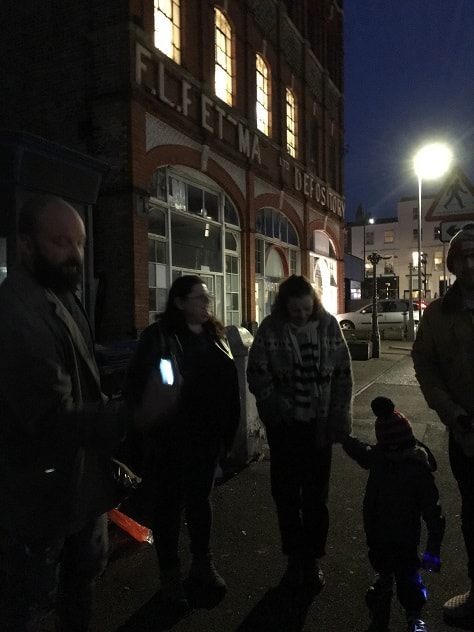 Light readings are measured by a unit called LUX of which the national accepted level is 20. Directly underneath Athelstan Road’s LED lampposts averaged at  20 LUX but halfway between lampposts – on opposite sides of the street – was between 0.9 and 1.1.

After an hour Mr Emmett took out a tablet and courtesy of Bluetooth technology, instantly increased the lighting settings of all LED lamppost fittings by 40%.

Matt said: “Athelstan Road is now illuminated just as well as any normal street in Kent – tenants and residents can now walk on the pavements after nightfall, rather than down the centre of the road, for fear of being unable to see and avoid dog fouling.”

The increased LED light setting is now being trialled for the next three months. It will automatically dim by 25% from midnight, although Matt has pressed for this being set to 1am.

He said: “Hopefully, violations of the current PSPO, such as its top  infraction of group congregations, recently involving 50 drunk/stoned teenagers rampaging on Athelstan Road and Dalby Square. after dark, will now be less prevalent.”

ARTRA thanked Cllr Lewis for attending the walkabout and for  his input on the evening and district councillor Lesley Game for helping to arrange the event.

Find out more about ARTRA at http://www.artra.community/home.html