Falcons Kickboxing Club is proving it is the home of champions with three more wins for its young members.

Two of the fights were international title contests. The Falcons were represented by Lilly-Paige Anderson, 18, Hollie Farley, 14, and Aston Young, aged 10.

Titles were fought over five rounds of two minutes each. 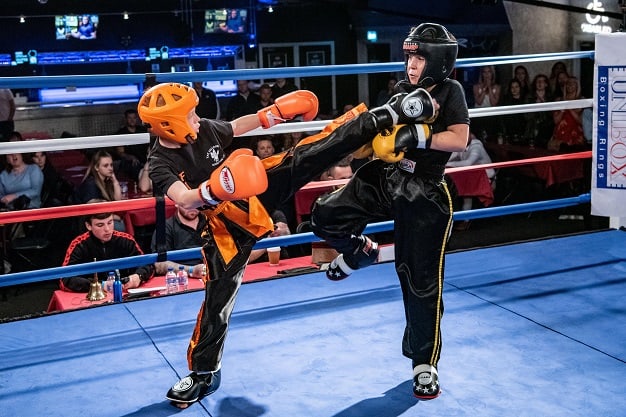 First in the ring was Aston against Vinnie Walton from Kingdom Kickboxing. Both boys were looking to make their way up the kickboxing ranks. The first round saw Aston taking a strong start with perfect movement and timing. He used all his practice training knowledge to overwhelm his opponent. The kicks and punches proved too much for Vinnie and Aston gained a well deserved unanimous win, taking his record to 2-0. 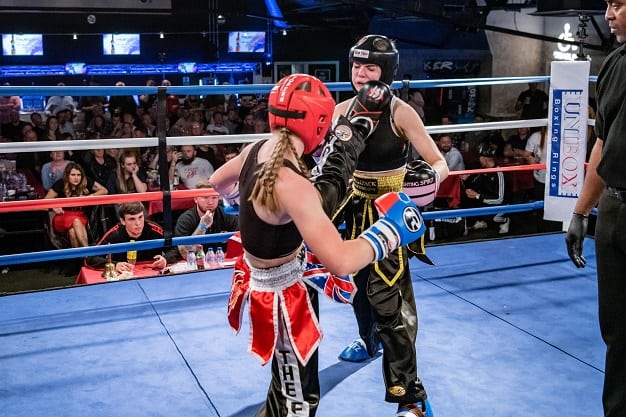 Next to fight was Hollie Farley, facing Jade Molley from Ireland in the ICO Junior 5 Nations Title fight. This was a task for Holly as her opponent was older and heavier, however this did not phase the youngster. The first round started with both girls looking strong and searching for an opening, but Hollie looking more settled and accurate. Halfway through the first round Hollie hit Jade with a perfectly time front kick to the jaw, sending Jade stumbling back. The referee stepped in and gave Jade a standing 8 count.

The fight then continued with Hollie having the upper hand. The bell rang saving Jade and giving her valuable time to compose herself. However, Hollie only had one thing on her mind and that was to bring home the belt.

The second round started and Hollie was like a bullet out of a gun, hitting 4 or 5 more clean front kicks to the face followed by many hand and leg combinations. She completely dominated the bout and Jade’s team retired her at the end of the second round. Hollie was crowned the new ICO Junior 5 Nations Champion by the way of a second-round stoppage. 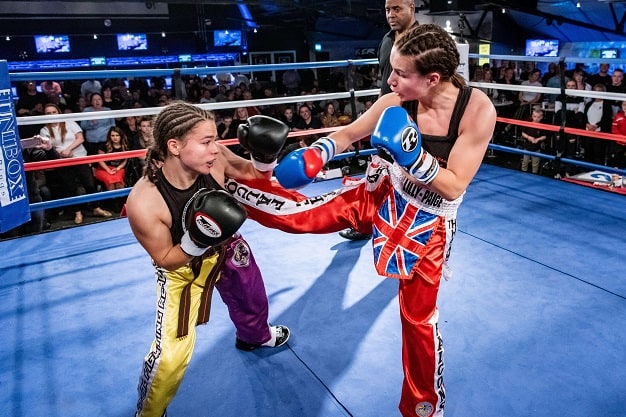 Next for the Falcons was Lilly-Paige defending her ICO European title against Alize Varlet from France. First round started with both girls finding their distance and range, however Lilly took the first round with her punching power clearly having an effect on Alize. In the second round Lilly was in full flow and Alize was struggling with the power and accuracy of the blows. Knowing the French girl was struggling it was time to up the pressure and in the third round Lilly had only one thing on her mind and that was to finish the fight.

The  fourth member of the team, Luke Wallace,  was set to fight for an ICO Junior World title but was unable to travel due to a visa issue.

Instructor Mark White said: “Once again my team have made me so proud with their dedication and  attitude. The effort put in during training was definitely shown on the night, I couldn’t ask for more. They are fantastic role models for the juniors of Thanet to follow. Since March this year, the Falcons have competed in 11 full contact matches with a fight record of 8 wins and 3 losses. Wins include a WKO World title, ICO European title, ICO 5 Nations title and a WRSA Area Boxing title. Not bad for 3 months work, we really are a home of champions.”