Kent Fire and Rescue Service (KFRS) Group Manager Greg Lee never expected to reach his 50th birthday. But on May 23 he’ll mark the milestone by doing the very thing that saved him from taking his own life – running.

Greg’s set to embark on an immense running challenge along the River Severn, starting in the Welsh mountains and finishing in Bristol, covering 218 miles in just over four days – all to raise awareness of mental health.

The Severn Challenge is known to be one of the toughest races in the UK, and over the past seven years has an average finishing rate of just 26%. Despite being an experienced runner, the ultramarathon will push Greg physically and mentally.

Following a battle with his own mental health, Greg is sharing his past during Mental Health Awareness Week (May 13-19) to encourage others to speak out, and highlight how, for him, mental health and physical health were intrinsically linked. 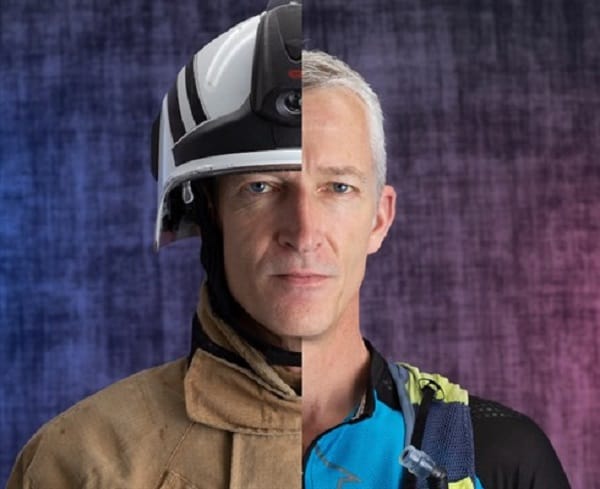 Greg said: “Over the years I have suffered from some significant mental health issues. But I am not unique or alone, nor should anyone else ever feel that they are. It’s important to me to share this with others to show people how important it is to reach out.

“I’m not sure which came first, my depression or alcoholism, but it threatened to take everything away – my health, my home, my job and my family. In November 2005, I reached rock bottom. I couldn’t imagine another day living in the hell that was addiction, and the dark places that it took me. In an effort to change, I considered many solutions to the point of trying to get myself sectioned in an attempt to make those around me safe, from myself. I considered suicide many times.

“Then during six weeks in rehab I felt an urge to take back control of my physical wellbeing, even if my mind was some way behind. I had a running itch that needed scratching, ‘Forest Gump’ style. After three weeks of emotional recovery work, the fog began to lift and my counsellors agreed to lend me some shorts, trainers and set me free in the cold, bleak Lincolnshire countryside. I felt physically tired but at the same time mentally energised, and that’s when my journey to recovery truly began.

“I developed a routine of physical activity that went hand-in-hand with my mental health recovery. Since then I’ve completed many marathons and ultra-marathons across the world.

“Since 2005, my recovery from both alcoholism and depression has definitely been linked to running. I’m not saying it is the cure, but alongside the support of professionals, Fire and Rescue Service colleagues, friends and family, it became a strong motivational tool in my quest for happiness.

“I hope by tackling the Servern Challenge and speaking out about my own experience, I can raise some real community awareness that will help others who might be affected by mental health.”

Greg will also be running to raising money for Mind, a mental health charity that played a vital part in his recovery. Follow Greg as he takes on his biggest run yet by staying tuned to KFRS’ Facebook, Twitter and Instagram accounts from May 23.

Kent’s suicide rate is higher than the national average, particularly amongst men.  Men are at greater risk of dying by suicide than women, and middle-aged men are at the highest risk.