Broadstairs 1s travelled to Bromley to start their 2019 league campaign.

Jamie Dewell standing in for the late arriving skipper won the toss and decided to field. Despite rain clouds all around the wicket had been well covered, Bromley were keen to play.

Bradley Ellison opened with Masoud Rangin, the wicket had enough spice in it to keep the bowlers interested and Ellison struck in his second over, Sam Smith tempted into a drive and the edge flew to slip, Jamie parrying the ball and Chris Kidd managing to hold onto the ball.

This brought ex Pakistan international Yasir Arafat to the crease. Broadstairs were made to wait for their next wicket, despite some half chances and a couple of dropped catches including a sitter from Brad from his brothers bowling. Arafat brought up his 50 but soon after hit Kidd into deep mid wicket where Callum Morgan swallowed the catch.

Kidd struck again a few overs later, the catch taken by Jack and Bromley were 180-3 with 11 to go.

Then a little moment of magic, after being dropped earlier, Clinton tried working Rangin down the leg side but the thin edge carried through to Jack who to a good legside catch. The very next ball Rangin cleaned up ex Hartley man Lewis Hickford. Amjad Khan saw off the hat trick ball and then went on attack, taking our bowlers apart with a quickfire 67 from 34 deliveries. Bromley took 101 from our final 10 overs and had amassed 289.

Its worth noting that despite the difference in class, we kept battling away and got the 7th wicket from the last delivery of the innings, who knows how vital that extra point could be come the end of the season.

After a decent tea Jack Wheeler and Alfie Huntley walked into the lions den. Khan and Scotland u19 opening bowler Malik bowled some heat. Jack was getting behind the ball nicely and got a single from the fifth delivery, the final delivery of the over saw Alfie edge through to the keeper and we were 1-1. Callum Morgan was in at 3 and along with Jack was getting in line, leaving the wide balls and ducking under the occasional bouncer.

The first class length Bromley were bowling made the scoring extremely difficult, Callum was adjudge LBW for 4. Alex Hogben back at his home club went in at 4. His first scoring shot from his 5th delivery was shot of the day, Malik steamed sent down a bouncer, Alex rocked back and with a swivel of his hips dispatched the ball over the legside boundary.

Malik added a couple of extra yards of pace after this and Jack succumbed to a quick Yorker that would have done for any of us. In the context of the situation, it was a well made 14.

Wickets then tumbled, 29-3 became 41-8. The spinners ripped through us! In a role reversal of last week’s 2XI game, Brad and Callum set about restoring some pride! Cal took on the leg spinner and enjoyed a couple of maximums, this angered Bromley to the point that we saw the return of Khan and Malik, (thanks for that Cal!)

Although we were able to frustrate Khan it was Malik who managed to find Cal’s edge and we had 1 wicket remaining but had bumped the score up to 79! With the spinner back on, Brad advanced to try and hit over the top but missed and carried on walking to the pavilion.

A tough start for us, under strength and outclassed but there were some positives, Brad, Kiddy and Mas bowled well, Jack and Alex looked confident and solid, Cal’s cameo help us look a bit more respectable. On the negative side we bowled too many wides, our fielding could have been better, drop catches, overthrows and although not easy to field on the rough bumpy surface we let a few through. Our middle order batting needs to be more stubborn

We welcome St Lawrence and Highland Court next week, another tough test but we have home advantage. 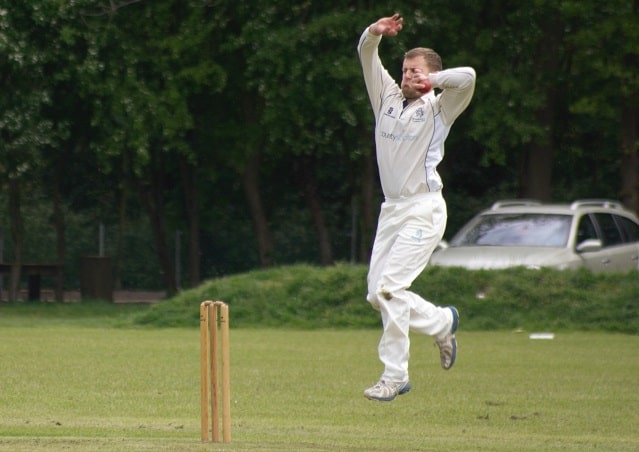 The 2nd XI were narrowly beaten in an absorbing early season encounter against Bromley. Winning the toss and electing to bowl first, the opening bowling partnerhship of Josh Amos and Nathan Fox began well, restricting Hill and Kirath to a total of 27 in the first 8 overs. A long-range direct hit run-out in the 10th over by newcomer Matt Hardy saw off Hill and were it not for a series of dropped catches, the wickets tally could have been more by this stage. As it was, the bowling of Andy Marshall (10-0-32) and in particular Oli Frewin (10-4-33) continued to stifle the Bromley scoring and picked-off the wickets on a regular basis. With 2 further wickets in one over from Ben Fowler, followed by a sharp catch by Scott Narraway off Fox left Bromley reeling at 119-8. However, a 49-run 8th wicket stand between Kuppuswamynaldu and Farage put the visitors back in contention and by the time Amos (9-1-36) and Fox (9.3-2-33) had removed the tail, Bromley’s total had reached 171 In damp conditions with a slow outfield, this was always going to be a tough chase. Special mention to Lee Hewitt who completed 2 stumpings and a caught-behind.

The Broadstairs reply got off to a stuttering start with Lewis Hewitt departing without scoring. This brought Lee Hewitt and Fox together and they fashioned a productive partnership through a combination of careful defence, energetic running and the occasional boundary, They were also presented with a few free hits following a series of no-balls which they only profited from once when Fox lifted the ball into Park Avenue for a 6 that surprised him as much as anyone else. When Hewitt (25) departed, caught at cover, this precipitated a series of dismissals – Fox (22), Hardy (5), Andy Marshall (0) and James Bond (3) – and only 30 runs were added for the next 4 wickets. 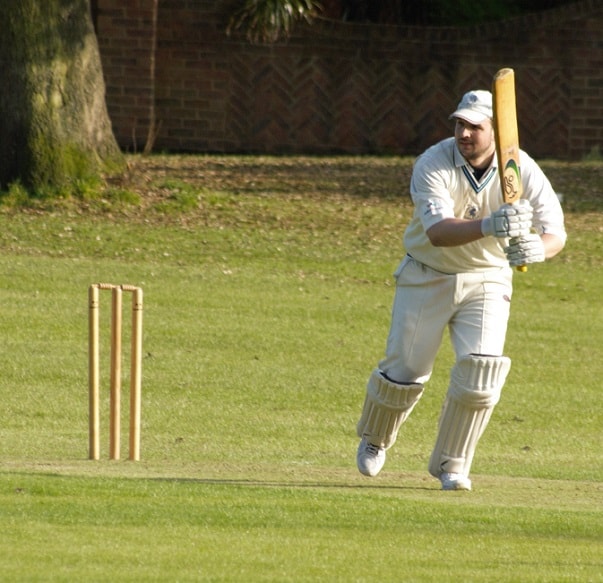 With victory now looking an unlikely prospect for the hosts, Scott Narraway and Josh Marshall stepped-up to salvage some hope. Together they batted with composure and determination and brought the Seasiders to within 24 runs from victory. However, when Marshall (15) eventually succumbed, Narraway’s dismissal followed shortly. adjudged LBW for 41 off the bowling of Farage who would finish the day with 6 wickets. Frewin, Fowler and Amos were unable to make-up the deficit and Broadstairs were all out in the 46th over, 17 runs short of the target.

Despite the defeat, with two close matches now completed, Broadstairs can look forward to next week’s encounter against Dartford with some confidence that despite  promotion, they have the capability to compete in Division 1