Kent Police is investigating 11 reports of burglaries and attempted burglaries, believed to have taken place mainly overnight between Sunday and Monday,May 5-6 in Thanet and surrounding areas.

Most of the premises are believed to be businesses, although residential properties have also reported break-ins.

Following some of the burglaries safes were reported stolen. These were thrown  from the bridge at the Chine in Ramsgate in an apparent bid to break them open. 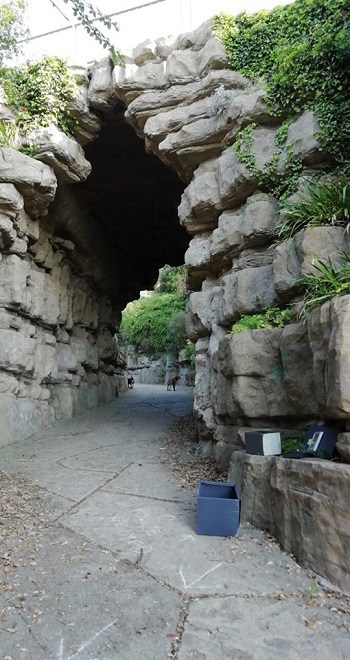 A burglary at commercial premises in Margate Road in Broadstairs at around 2.50am on 6 May. Nothing was reported stolen. (46/85654/19)

Attempted burglary at commercial premises in Hengist Road, Birchington at around 3.50am on 6 May (06-0235)

A safe was reported stolen during a burglary at an industrial unit in Pysons Road, Broadstairs at around 2.30am on 6 May (06-127)

A safe and GPS devices were reported stolen from a shed in Betteshanger Country Park, in Sandwich Road, Sholden overnight between 5 and 6 May. (06-0338)

A container was broken into in Chestfield Road, Whitstable between Friday 3 May and Saturday 4 May 2019 where confectionary was reported stolen. (06-0384)

A window was smashed at Grove Ferry Boat Club in Canterbury overnight between Sunday 5 May and Monday 6 May 2019 where cash was taken. (06-0303)

A burglary at Wildwood gift shop in Herne Bay overnight between Sunday 5 May and Monday 6 May 2019. Enquiries are ongoing to determine what has been stolen. (06-0276).

Officers are currently treating the reports as linked, and are appealing for residents to check their CCTV systems in case they may have captured something which might assist the investigation.

Kent Police Sergeant Steve Moat from Thanet Community Safety Unit said: “It is very unusual to have this many burglaries in one night, especially as the suspects would have  covered a large geographical area, and we are sure that someone will know who is responsible for these offences.

“We want to thank everyone who has come forward already and spoken to officers about the burglaries, and I urge any business owners who think their premises may have been targeted, who have not yet reported it, to call 101 with the details.”

Witnesses to any of the reports are asked to call Kent Police on 01843 222289 quoting the relevant reference number.