Ramsgate Tunnels volunteer Isaac Naylor has been inspired by his role to carry out research into Ramsgate’s history.

Isaac will be sharing his research at a series of talks to be held at the Tunnels. The talks, which all take place from 7pm until 8.30pm, cost £7 per person entry and this includes tea/coffee and biscuits, with booking available through the tunnels website. 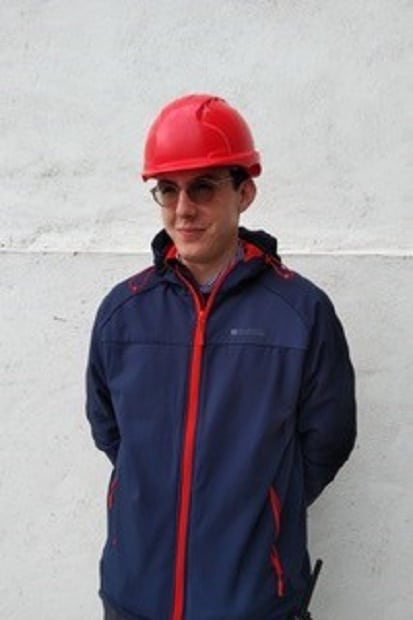 To give a taster he has written a piece for The Isle of Thanet News about Thanet’s Military Origins: The Napoleonic Wars:

The Napoleonic Wars stretched from May 1803 to November 1815. Having a transformative effect on Britain; socially, economically and militarily. Helping to secure Britain’s place in the world and ushering in a period of quasi peace. Similarly, to the rest of Britain, the Napoleonic Wars had a profound effect on the small and up until this point in history relatively unknown Isle called Thanet.

If you walked around Thanet today, you could be forgiven if you believed that Thanet’s part in the Napoleonic Wars or indeed the Napoleonic War’s effect on Thanet to be slim to none. The fact of the matter is, this could not be further from the truth. If you scrape beneath the surface, you will find a range of buildings and infrastructure which date from the age of grandeur and excitement. A visit to Ramsgate can provide some clues as to the town’s military past. Military Road, Wellington Crescent and the old powder magazine all provide visible ties to the Napoleonic Wars. In fact, almost every town and village on the Isle provided a contribution to the overall war effort. You just might not be able to see it.

Ramsgate which had the bonus of a large port, developed following the calamitous storm of 1748, became the focal point for military activity on the Isle. Huge numbers of troops descended on the town as the ‘military invasion’ began. Buildings in Spencer Square and along Addington Street were turned into barracks, with additional troops spread out under canvas in the fields beyond. Troops were embarked with the help of the newly constructed Military Road, which when first completed was on the same level as the Smack Boys home. This enabled Ramsgate to support almost all of the major operations of the wars from the doomed Walcheren Expedition, to sending the cavalry off to fight in the now famous Battle of Waterloo.

Even the small village of St. Peters saw ‘active service’, the church’s tower saw use as a Naval signalling station and still claims the right of being able to fly the White Ensign. Regular training of the local Yeomanry also became an active part of village life; with musket training being carried out on the Tudor butts.

It was the effect of the Napoleonic War’s on Thanet which could be considered the most interesting part of the whole affair. Prior to the opening of the wars the economy of Thanet except for a few ship building yards had been driven primarily by fishing and agriculture. The timing of the wars proved to be somewhat of a watershed moment in the fortunes of the Isle.

The embryonic growth of the Isle’s towns as a new fashionable destination was given a boost by the presence of the military. The reasons for this growth are threefold. Firstly, and perhaps unsurprisingly, the wealthier classes, who usually went into Europe for the so called ‘Grand Tour’, now found themselves cut off and started to explore various new places of interest including Thanet.

Secondly the military brought a sense of excitement with almost constant pomp and ceremony and balls given by the officers there was always something to see and do. Lastly there are some historian’s who argue that there was a phenomenon known as ‘Scarlet Fever’, (owing to the red uniforms) with many eligible bachelors available, wealthy families came down to the coast to find a suitable match for their daughters. Ramsgate and indeed the entirety of Thanet had turned from provincial backwater to a place of significant social consequence. The Napoleonic Wars helping to have put Thanet well and truly on the map.

‘Ramsgate has the world’s finest shelters’ – An In-Depth Account

Join the Ramsgate Tunnel’s team for a fascinating 80th anniversary talk. The talk will provide a comprehensive account of Ramsgate’s tunnel shelters. While in turn placing the scheme into a wider national context of air raid precautions. Using the tunnels own archives, in addition to a range of other sources, the information collected will provide a unique insight into the world 80 years ago.

Over the past four years the nation has talked, researched and debated the Great War more so than at any other time in our nation’s history. The effect of the conflict was felt across the country. With every community having a story to tell. No-where was this more acutely felt than in Thanet. With the Isle proving to be of huge operational and strategic importance in the defence of the nation. From seaplanes over Westgate to searchlights over North Foreland, Thanet has a remarkable story to tell.

From the naval shore establishment HMS Fervent, to the closest operational airfield to occupied Europe; the Second World War placed Thanet on the front line once again. Critical operations both offensive and defensive originated from Thanet’s military bases, from contraband control to the Battle of Britain. Securing Thanet as a hotbed of military history.  During the last talk we will examine the contribution of Ramsgate’s harbour, or rather it’s official designation HMS Fervent. In addition to the staggering contribution made by RAF Manston. Before turning our attention to the defence of Thanet from the formal armed forces to the massed ranks of the Home Guard.