An elderly Margate couple are at their wits end due to continual flytipping in the alley behind their Milton Avenue home.

Granddaughter Kathryn says the couple, aged 73 and 76, have reported the issue on a number of occasions but the rubbish just keeps piling up.

They are now in fear that the pile, which includes an old sofa, is a fire hazard. 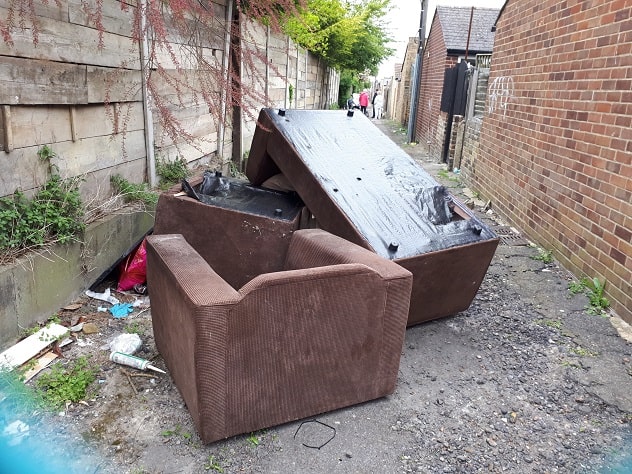 Kathryn said: “The state of the alleyway behind my elderly gran and grandad’s house in Milton Avenue is just disgusting. The council has been contacted but with no luck

“My grandparents are at their wits end and say the dumped sofa is a fire hazard waiting to happen. 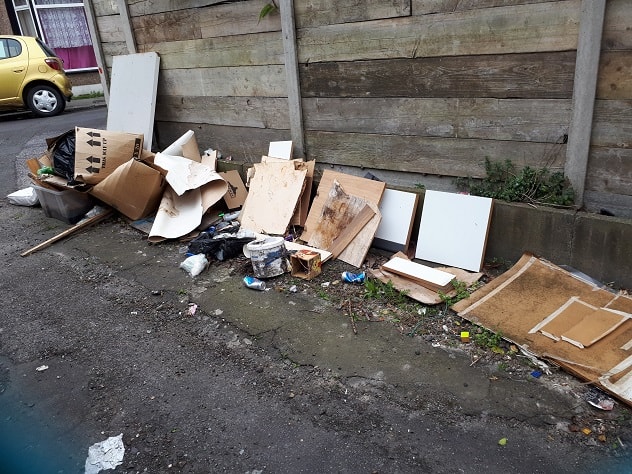 “They are 73 and 76 and they say this is the worst it’s been in a long time. They have taken pictures and sent them in to the council many times with little to nothing being done about it. My grandmother has lived in the house for over 30 years and she regularly goes up and down the alley picking up other people’s rubbish.”

Thanet council’s enforcement team is appealing for witnesses regarding four household tips at the site in just two weeks. 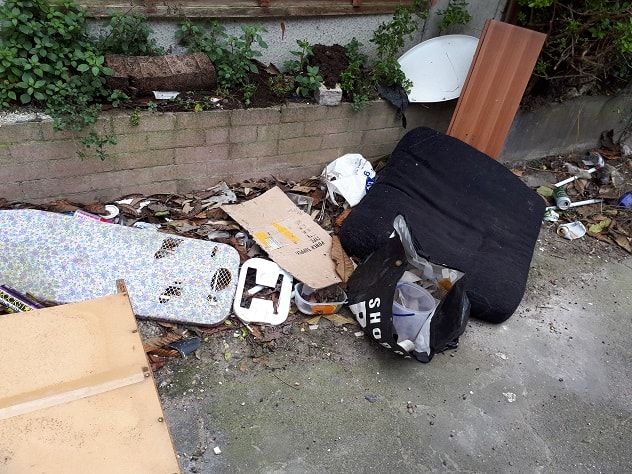 In a social media message the team say: “Did you witness four household goods fly-tips in the last two weeks in alleyways around Milton Avenue in Margate? Evidence has been collected for investigation. Please help us identify those residents / landlords responsible.”

To pass on information in confidence e-mail sse@thanet.gov.uk

Registered waste carriers can be checked on the Environment Agency website.

Kent County Council operates a recycling centre at Manston Road which is open daily. Charges for the disposal of non-household waste materials (soil, rubble, hardcore and plasterboard) will begin on June 3.

The cost will be £4 per bag for soil, rubble and hardcore and £6 per bag of Plasterboard.

Anyone who witnesses fly-tipping is encouraged to report it online or directly to sse@thanet.gov.uk