There was a show for secondary in the morning, primary in the afternoon and for the community in the evening. In the secondary assembly the whole school witnessed ‘Energy Live’ as they found out about the eight energy stores and saw examples of each.

The pupils were wowed as ethanol rockets were shot for them to catch – and discover they had heated up. Eggs were dropped to splat to demonstrate gravitational potential and a balloon helicopter sent into the air using elastic energy. 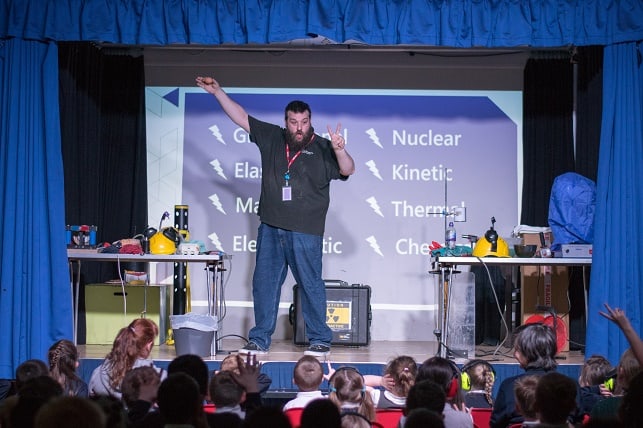 The pupils were shocked to see how strong even a small electromagnet is. Attached to a rope they had a tug of war and found that two children were not enough to overcome it, nor were four or even six. At last, with eight pupils, human power equalled the electromagnet.

The rest of the show included flying pie dishes (electrostatic), nuclear energy in a banana, kinetic energy with sparks flying from an axel grinder and steam blowing lids off. 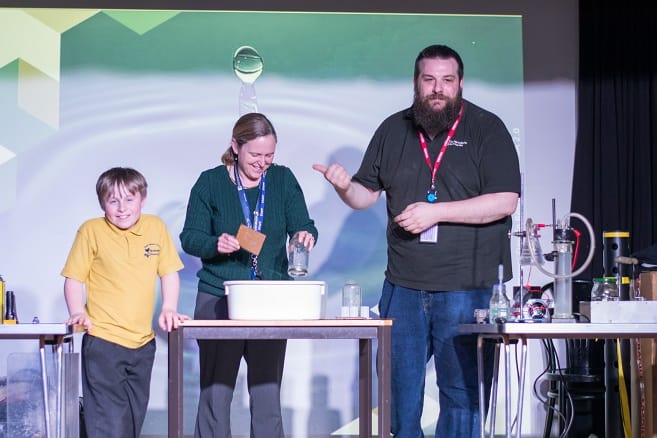 Even burning butane in five foot flames wasn’t the finale for the show. At the end an explosive was fired, powered with a pupil generating electricity, producing a massive bang.

Primary School Lead Mr Payne said: “It was great to see the enjoyment of the pupils but just as pleasing was the learning. The show explained how all energy ultimately comes from our Sun and the role of Faraday in inventing the generator.” 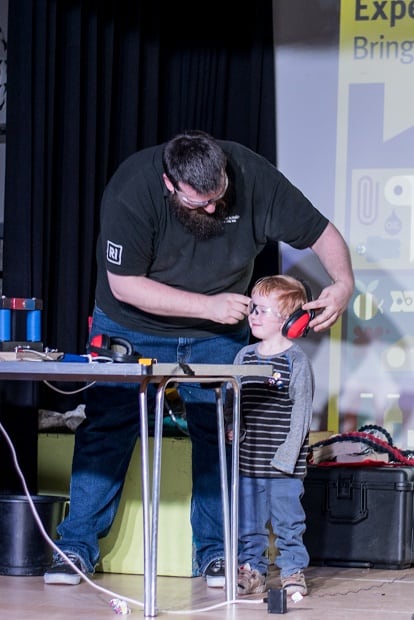 With such fantastic outside shows the school says it will have to put extra effort into its own internal shows to match them.

He was extremely confident that the school’s annual internal science show, this year called ‘Sound and Vision’, will be “just as exciting and equally motivating.”