Determined Thanet runners will be among the thousands aiming to complete the gruelling 26.2mile London Marathon tomorrow (April 28).

If you are planning to watch  the progress then the Elite Wheelchair Races start at 8.55am, and the Elite Women’s Race at 9.15am. The Elite Men’s Race, British Athletics & England Athletics Marathon Championships and Mass Race all begin at 10am. 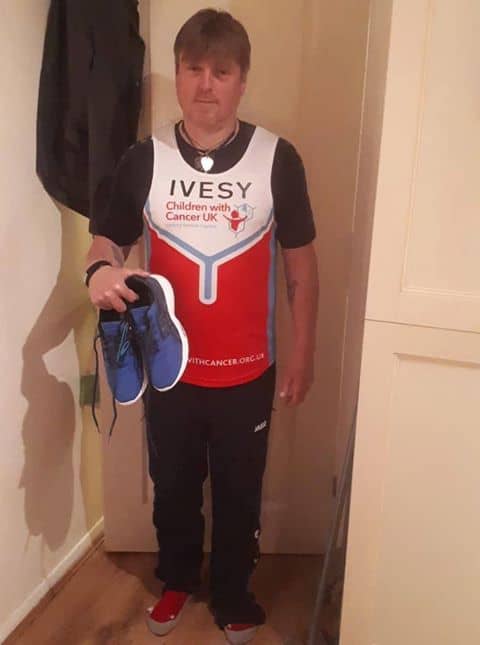 Margate FC groundsman Graham Ives will be in the mass race, raising funds for Children with Cancer UK.

Graham has been raising money with events at the football club and Baypoint as well as a fundraiser page.

He initially set out to raise £1,000 but is currently at £2725 and would like to reach £3,000 by the time he runs tomorrow. It will be his first full marathon although he has completed some half marathons.

The dad-of-three said: “I would like to raise as much money as possible for this charity as like many people cancer has affected people close to me and as a parent I can’t imagine having a child affected by this illness.”

Children with Cancer UK  raises funds to support families and to carry out research into the disease. Partner Sarah said: “He has worked really hard to train for this and always loves a good challenge but this has been his hardest yet. Myself and the three kids are really proud of what he has achieved.” 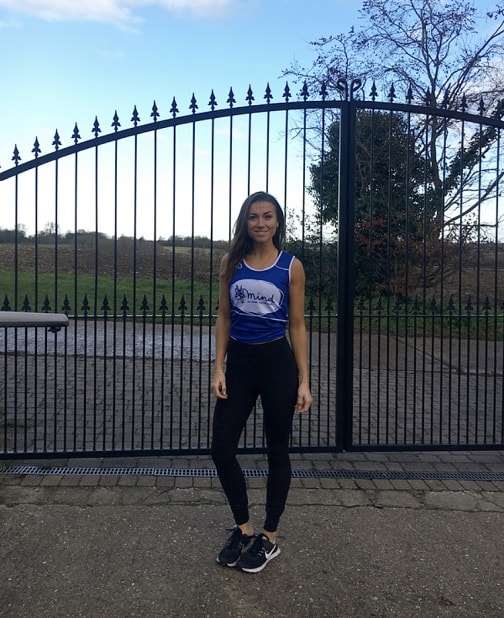 Also taking on the marathon route will be Grace Thomas, daughter of Ramsgate businessman Paul Thomas of Ivor Thomas Amusements.

The 24-year-old is running her first marathon  on behalf of MIND charity to raise both money and awareness and remove the stigma surrounding mental health.

She said: “I chose to run on behalf of MIND charity and I’m so happy I’ve been given this opportunity to raise both money and awareness. This is a cause I’m passionate about and it’s personal to me.

“We all have  ‘mental health’ whether that is good or bad, but 1 in 4 people every year experience mental health problems. I want to remove the stigma surrounding it too- during my marathon training I want anyone who might be struggling to know I’m approachable.

“The money that is raised contributes to the running of crucial 24 hour helplines. You don’t need to donate a huge sum to make a difference – any amount big or small would be really appreciated.”

Find the fundraiser for Grace here 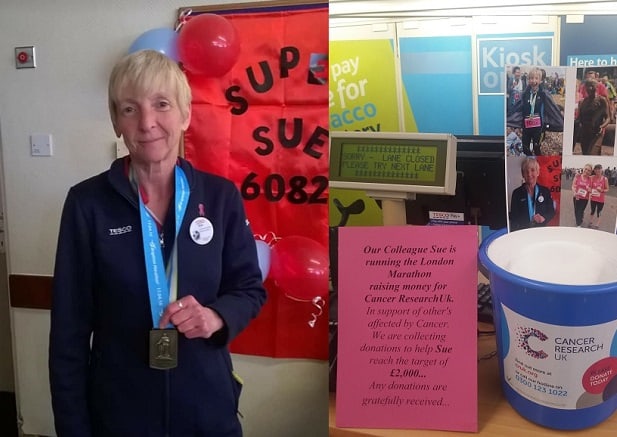 A Cliftonville Tesco merchandiser who has been in remission from breast cancer for six years will also be at the start line on Sunday.

Sue Miller, 55, aims to complete the 26,2 mile run to raise funds for the Cancer Research charity.

It is the second marathon route for the Margate mum-of-three who completed the Brighton Marathon three years ago in a time of five hours and two minutes.

Sue said: “The Brighton Marathon three years ago was my first and was going to be my last. But the London Marathon has always been on my bucket list. I had tried to get a place in the ballot but this year our community champion Julie Wicker contacted head office and they got me a place.

“I’d really like to shave that two minutes off my Brighton marathon time for this one. One of the reasons I am running is our store has been affected by cancer a lot.

“We lost one of our checkout ladies in 2011 and I lost a really close friend the same day. Another of our ladies has just started her treatment so raising the money means a lot to everyone at Tesco Margate.”