A Ramsgate jewellery shop owner risked his own life to disarm a man with an axe who had terrified shoppers in the town centre.

Simon Johnson, who runs The Gold and Silver Mine in Harbour Street, stepped into action last Wednesday (April 17) after being told of the commotion by a fellow trader.

The 52-year-old, from Manston, said: “He told me there was a guy walking around the streets, waving an axe around and a lot of people were distressed.

“I looked out and could see people at the bottom of the street looking round, on their phones to, I think, the police, or just getting out of the way.

“So, I went out and my friend Adrian (Chang) came with me as I wanted a witness, and I saw this girl screaming and shouting that the man had an axe.”

Simon and Adrian (pictured below) followed the man as he made his way up Madeira Walk   and then back through to La Belle Alliance. 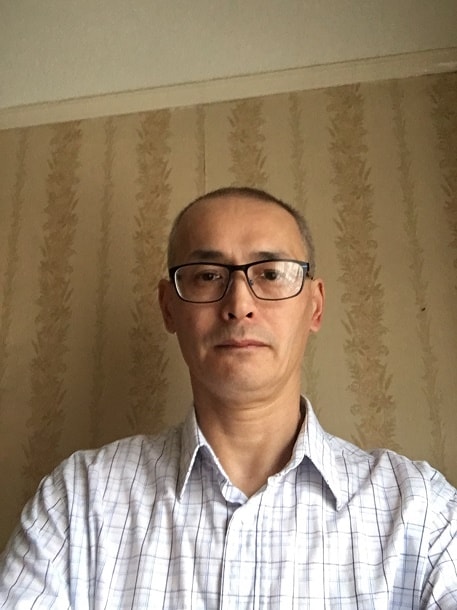 Simon said: “He was swinging the axe to and fro. I picked up a steel bar from someone’s garden and put it behind my back so I could follow him until he was cornered.

“He went through the Camden Park and definitely seemed to want to intimidate people. Then we went along and down Artillery Road but there were still people about.”

Eventually the man turned into Brights Place and Simon  knew he would be able to corner him.

He said: “He was about half way down and I shouted to him to put down the axe. He said ‘mind your own business’ but I told him again to put it down and circled around him, getting Adrian to stand back so he could keep an eye on what was happening.

“He was backed into a corner and I pulled the steel bar out and told him to drop the axe so I could take it away. He waved it in the air so I lifted the bar up and that’s when he decided to drop it. I put the steel bar up against his chest and then picked up the axe.”

At this point police were on the scene and arrested the man.

‘He needed to be stopped’

Simon got a severe telling off from his wife Linda but says it was something he felt he had to do, He said: “That axe was a good 16 inches long. If he lost control people could have been injured or even killed. He had to understand that he was not walking off anywhere with that axe, he needed to be stopped.”

Police arrested a 43-year-old man on suspicion of the possession of an offensive weapon.

The man, of no fixed address, received a caution for possessing an axe in a public place without good reason or lawful authority.

He has since been released.