A van has been seized by Thanet council’s street scene team in connection with a flytipping offence at Dreamland.

The blue van was seized at the Marina Esplanade car park in Ramsgate on April 17 with the aid of Kent Police as part of an ongoing investigation.

A council spokesman said: “The seizure was made on these grounds and falls under the Environmental Protection Act 1990. Evidence relating to this offence was gathered at Dreamland Car Park. 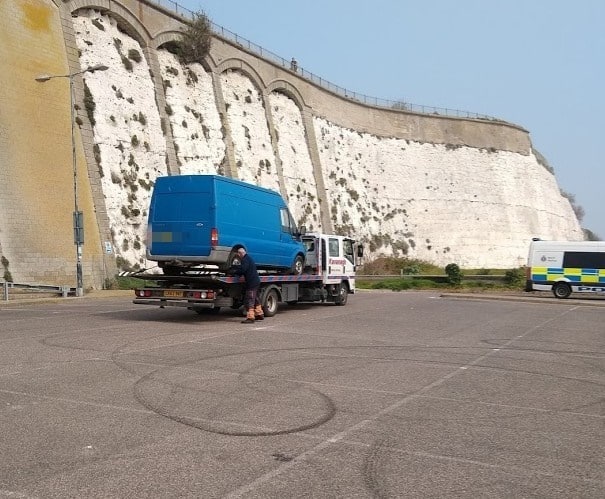 “No further comment regarding ongoing investigation can be made.”

Anyone who witnesses a fly-tip is encouraged to report it online http://ow.ly/NSFz50riNjv or to email sse@thanet.gov.uk directly