Police, fire and ambulance crews were called to Ramsgate today (April 18) when a car crashed into a Ramsgate wall and the female driver had to be freed from the vehicle.

The road was blocked off between the top of the High Street (South Eastern Road end) and where it adjoins Boundary Road after the vehicle went into the Ellington Park wall. 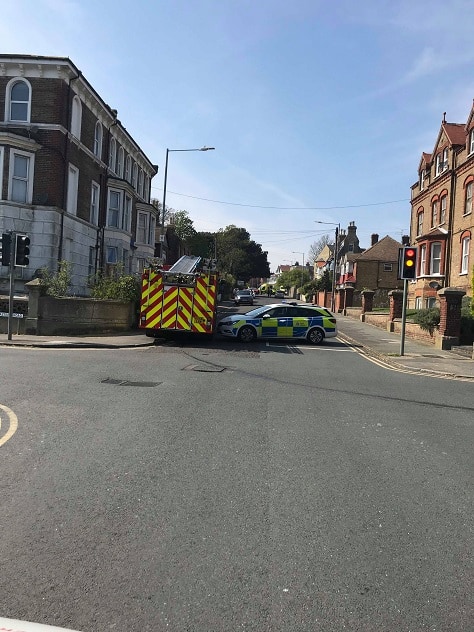 A fire crew cut the roof off of the vehicle. A KFRS spokesperson said: “One fire engine is on the scene and the crew have used hydraulic rescue equipment to free one casualty. She is now in the care of SECAmb paramedics and crews are making the scene safe.”

A Kent Police spokesperson added: “Kent Police was called to a report of a single-vehicle collision in High Street, Ramsgate at 2.11pm. 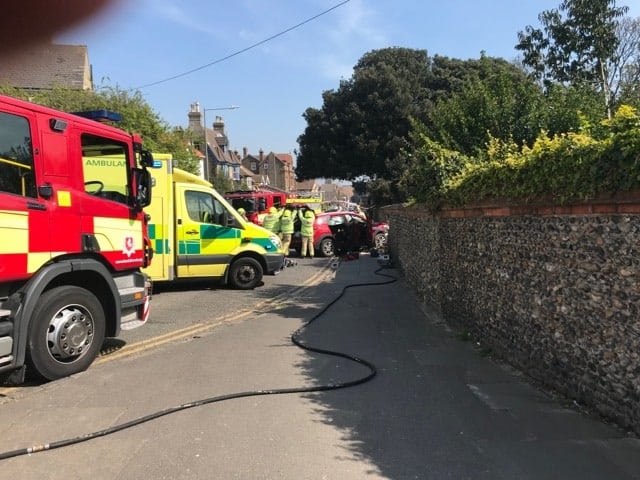 “Officers are at the scene, near to the junction with Park Road, along with the South East Coast Ambulance, where a car has collided with a wall and the driver is being treated for injuries.” 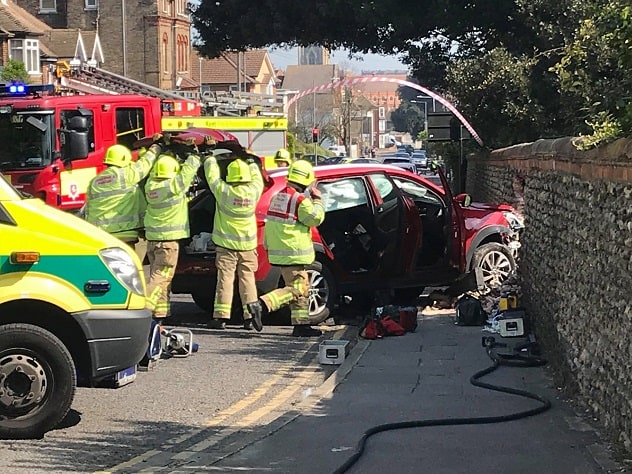 The woman was assessed and treated for back pain at the scene and was taken to William Harvey Hospital for further checks. It is understood she fell ill while behind the wheel.