Survey work and the erection of new fencing has taken place today (April 17) at the former Pleasurama site on Ramsgate seafront.

Last month significant control of the company which owns the freehold of the site on Ramsgate was taken over by local businessman Martin Rigden.

According to Companies House Mr Rigden, also a director of Blueberry Developments, took control of Ramsgate Development Company on March 19.

Cardy Ramsgate Ltd completed a £3.515 million payment to Thanet council for the site freehold  in July 2016. This amount is listed as £3 million by Land Registry. 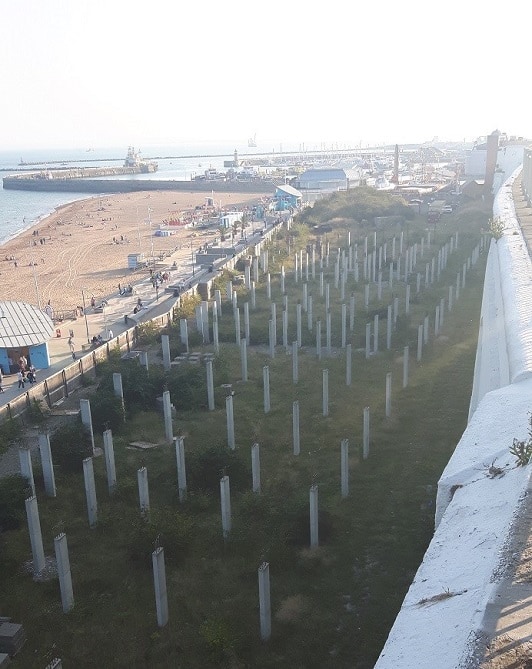 Documents on Companies House revealed two people with ‘significant control’ of the Ramsgate Development Company as Colin and Robbie Hill.  They are involved with the Panama-based  Mintal Group, which has a £3million charge on the seafront site.

Last year Blueberry Homes applied for  a temporary change of use to site a funfair on the ground.